Hope this title makes some sense to you that what we are going to discuss.

In this article, we will going to see this from scratch. Here, we use Linux partition concepts for limiting the size of the contribution of the data node in HDFS Cluster. You may think Why we need to limit the size, because we can't shut down the data node when it is exhausted or run out of memory and also it will limits the dynamic storage.

In this task, the OS we used is Redhat Linux(RHEL8) and you can use any Linux OS and this RHEL8 is installed on top of Oracle Virtualbox.

Apache Hadoop is an open-source framework which is used to store massive amount of data ranging from Kilobyte to Petabytes. It functions based on clustering of multiple computers by distributed storage instead of one single Large computer thus results in reduction of cost and time.

In RHEL8 Linux, there are three types of partition namely Primary, Extended and Logical partition. Normally only the four partitions can be done per hard disk. Because the metadata of each partitions stored in 64 bytes only and size of metadata for one partition is 16 bytes.

So we have to do some trick, we have to divide harddisk into two partitions namely three Primary partition and one Extended partition.

In Extended partition, partition is considered as one new Hard disk thus we can perform this trick again to get more partitions.

Before creating partition, we required a raw hard disk. You can buy a new hard disk or create a Virtual hard disk in Oracle Virtualbox.

Now we have a raw hard disk, in raw hard disk we can’t store any data. We have to do partition to utilize this hard disk.

Steps involved to create a partition:

We have to decide how much space we required for our partition. After that run

to find out details of hard disk details. 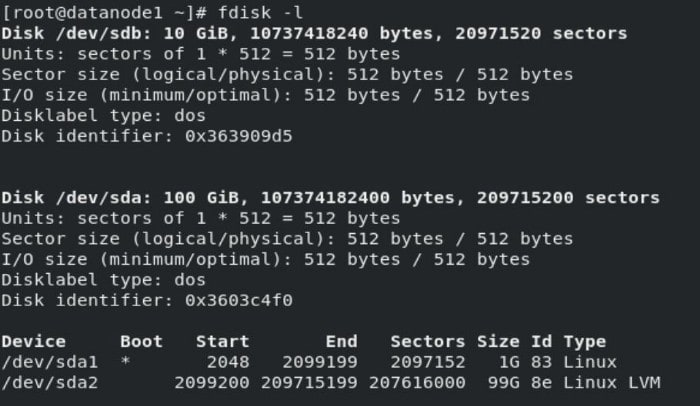 You can find the hard disk named /dev/sdb which we previously created. Then execute the following command

First step is done. Then we have to format the disk. Format process is like creating an index in hard disk which is used by OS for searching a file and displayed to us when we click to open a file. Enter the following command for formatting the hard disk in "ext4" format. You can use any format according to your requirements.

Next step is to mount the hard disk in any of the folder/directory in OS. Because, we cant go inside or access the folder in hard disk, for this we have to link/mount this to OS folder.

For this, we have to enter the following commands in Linux terminal. We created drive1 folder in root directory and its size is 1GB. 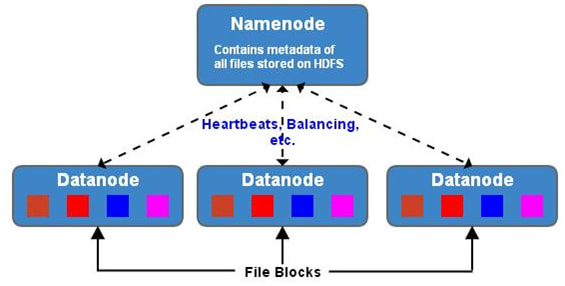 It is also known as slave node which is used to store the data which is provided by client node.

These three nodes combined to form a Hadoop Distributed FileSystem (HDFS) cluster. But before configuring this cluster, we are going to see how to do partition in RHEL-8 Linux since it will help us to achieve our goal of limiting the size of contribution of data node to their master node. 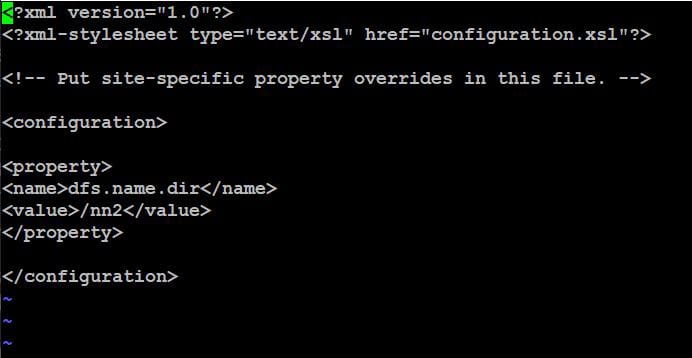 Then enter "w" have to start namenode by using following command.

It also involves two files namely hdfs-site.xml file which involves storage folder for metadata and core-site.xml for networking part. The configuration of hdfs-site.xml is shown below.

In core-site.xml file, we have to enter master IP in order to contribute your storage with it.

Then run the following commands to start a datanode

Finally, your data node is connected with master node and formed a HDFS-cluster and you can check this with a webGUI. For this you have to perform following commands in your browser.

Finally we limited our storage to 1 GiB for datanode to namenode. You can see this in following picture.

Thank you for reading this article. Hope you got a clarity about setting HDFS cluster and Linux partitions. Please kindly share your views as a comments so that I can improvise myself to give you all a quality content.