This article has been trimmed down from my recently resurrected blog, Literary Phenomenot based on the assumption that you may not be interested to know what I'm listening to this week, what I'm reading, or what kinds of antics my toddler has been up to.

The First of Some Unknown Number

In an attempt to reflect on my week and get back into writing, I've decided to document a portion of my internal and external encounters every seven days. If you read through the rest of my WordPress blog, you'll find gaps, sometimes years, between writings. Does the "Some Unknown Number" make sense now? Good.

This Week in Tech

Today marks the end of my third week at my new job! I've been documenting a legacy codebase, and I found some tools that have made this process so much easier:

It's been a while since I've heard anything about PolicyServer, but I've been working on a Dockerized example project that includes IdentityServer4, PolicyServer, and messaging with RabitMQ and MassTransit. I plan on serving two micro-frontend applications for a separate conversation, one with Chris Davies' eev, and one with single-spa by Canopy. If this sounds ambitious, head over to Enterprise Integration Patterns to nerd out on some much more complicated topographies. You just might experience some web design nostalgia, too.

I took a stroll through the top dev.to posts of all time where I found this article about the risks of storing your JWTs in Local Storage. 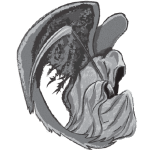 Sure, it has a clickbait title, but I found the content to be very informative. Continuing on to the comments, I discovered that the topic is a very unpopular opinion. Attacks were coming from all angles (e.g., "using memes in your little disquisition is kind of meh unless you're five."), but @rdegges remained tactful and pleasant throughout. I'm impressed!

By now you've recognized a theme. I read a 2016 article about authentication systems specifically because I've seen those two in use, and I wanted to dig a little deeper into the pros and cons of each. At my last position, scaling wasn't really an issue, so it's been interesting to learn all the ways that can become a factor. I'm curious which more people use.

Need to keep up with a fast-moving software industry?

How I Got Into Tech

Tell me something cool about Frontend 🦉

Trending on DEV
Do we really need to minify everything?
#webdev #discuss #javascript #seo
The 7 Most Popular DEV Posts from the Past Week
#icymi
The 25 most recommended programming books of all-time.
#books #beginners #career #programming
How's your 2020 going?
#discuss #watercooler #codenewbie #motivation
When is the last time you used `var`?
#discuss #javascript
My VS Code Setup
#vscode #productivity #javascript #webdev
Public Speaking for Developers
#discuss #productivity #career #help
Career Progression: What Does It Mean to You?
#career #discuss #goals #levelup