Automation is not a new concept, but it’s certainly becoming more common in more and more areas of our lives.

Nowhere is that more apparent than on software teams, where automation has become a central principal to how DevOps works.

From continuous integration to continuous testing to continuous deployment, the entire DevOps pipeline is meant to be automated. This makes this style of software development fast, efficient, consistent, and reliable, while simultaneously making it able to make more deliveries.

Does this signal a newly beginning “automation era” for DevOps teams? We think so. Automation will be a crucial tool for teams who want to stay competitive in 2021. For that, developers need to understand the role that automation plays in DevOps, and know the best and newest tools for automating more and more tasks.

Why Use Automation Tools for DevOps?

Like we’ve already said, automation is baked into the very heart of the DevOps process.

But DevOps teams should be trying to automate more and more processes and tasks — as many and as often as they can. Why? Basically, if a tool can do a task instead of a developer having to do it manually, then why wouldn’t you want that? This is doubly true if that task is rote or repetitive and doesn’t require any human touch, but still needs to be done as part of the process.

There are a number of reasons for this.

For one, automating menial tasks in particular frees up developers to do more important, innovative work.

Another reason is that manually completing tasks opens your team up to errors. While humans bring knowledge and ability that’s still far greater than what machines can accomplish, it’s official — the machines are better than us at performing simple tasks perfectly, every time.

Not all tasks can be automated — at least, not now, with current technology. But to streamline your DevOps processes in 2021 and beyond — to free up the talented members of your team to do work that’s never rote, and to eliminate errors that come from manual tasks — consider these, some of the best automation tools for DevOps that are available right now.

If your team is looking for new ways to automate work this year, these tools are the best place to start.

What It Does: Snort is a super popular, open-source DevOps security tool. It can help your software team detect intruders so you can protect your system as quickly as possible from further attack.

What It Does: OverOps is a continuous reliability system with a number of tools that will help your team quickly identify and fix the root causes for errors, server crashes, and other problems.

How It Helps Automate DevOps: All the time your team spends filtering through logs to identify and fix code breaks? OverOps will do that for you. It continuously detects and prioritizes critical software issues and delivers the complete source code needed to fix errors. It also blocks the release and deployment of unreliable releases, preventing errors and crashes in the future. 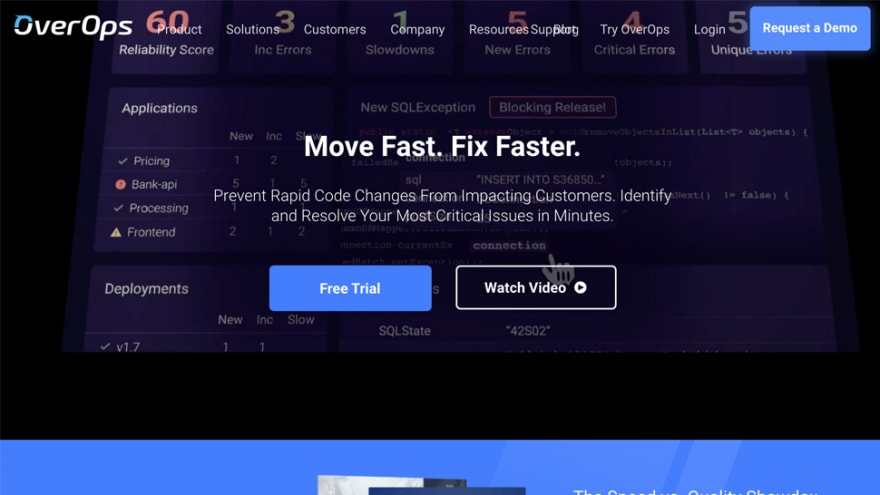 What It Does: Docker is already popular and well-known in the DevOps world, but not all teams use it to its full potential, especially when it comes to its automation capabilities. Docker provides containerization of apps and images, making them more portable and secure. Any team can use Docker — it’s open source and platform independent.

How It Helps Automate DevOps: Docker can facilitate automatic deployment for apps, which ultimately leads to faster deployment and making distributed development possible.

What It Does: Kubernetes is Google’s container orchestration platform, which is great for taking your containerization a step further if you already use Docker. With Kubernete, you can group your containers into clusters, which can aid with deployment (automized, if you use Kubernetes).

How It Helps Automate DevOps: Kubernetes is designed to help automate the process of managing containers. It takes over the task of distributing and scheduling containers across your clusters, which provides your team with the ability to scale much more rapidly than if they were handling these processes manually. 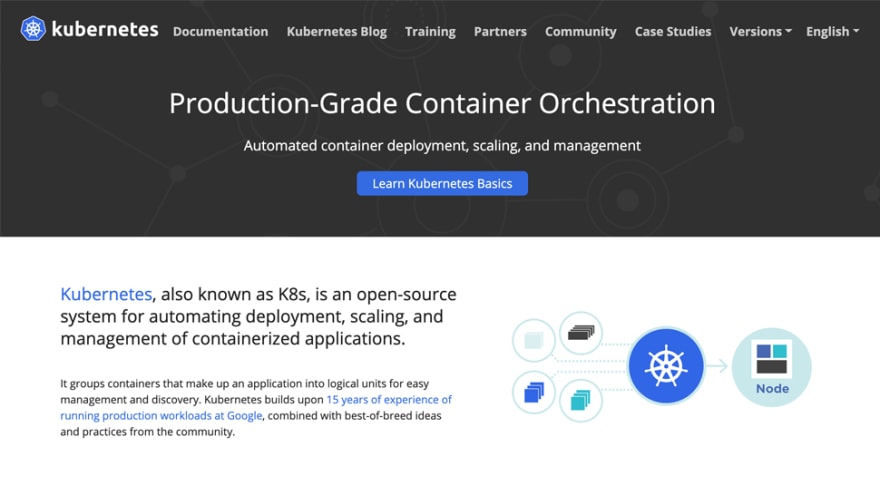 What It Does: Simply put, Jenkins is the automation tool for taking over repetitive tasks from members of your team. Jenkins is a not-so-secret weapon that software teams are using to free up their talent from performing repetitive tasks so they can focus on creating and innovating.

How It Helps Automate DevOps: There isn’t much that Jenkins doesn’t automate. It comes with thousands of available plugins for CI/CD automation, allowing you to automate virtually any stage of your delivery pipeline.

What It Does: Bamboo is another CI/CD automation tool for DevOps teams. Bamboo is similar to Jenkins, with the main difference being that it comes with a number of pre-built features that require configured plugins with Jenkins. It’s less customizable, but for teams with more common, basic needs, it can save significant configuration time.

How It Helps Automate DevOps: Like Jenkins, Bamboo is a CI/CD tool that helps teams automate their entire delivery pipeline, from builds to deployment. 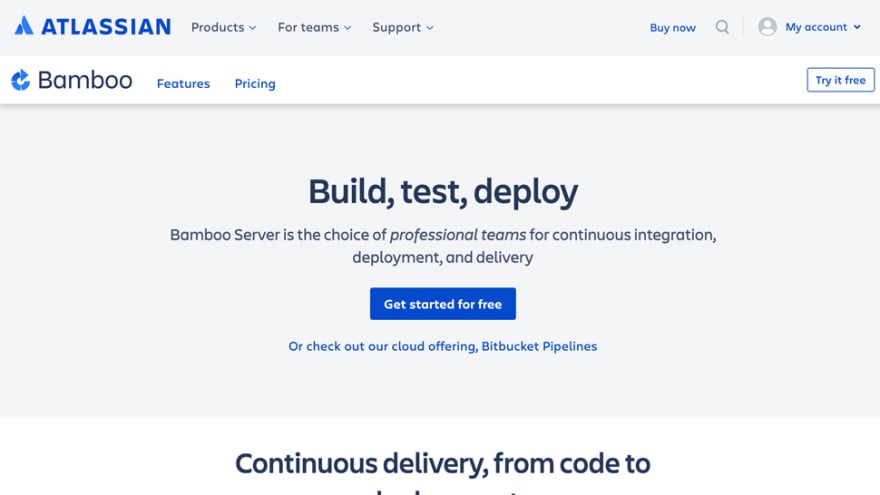 What It Does: Raygun is a popular tool for outstanding application performance monitoring (APM). It’s particularly great for error monitoring and crash reporting, which lets your team know about performance issues as soon as they happen.

How It Helps Automate DevOps: If there’s any error in your code, Raygun will find it for you. But that’s not all it does. It will also automatically link errors back to the exact line of source code, function, or API call that caused them. Additionally, it will automatically identify the highest priority problems and notify your DevOps team accordingly.

What It Does: Gradle is a versatile and popular build tool for DevOps, which was designated by Google to be the official build tool for Android Studio. It supports a number of popular programming languages, and offers incremental builds, which can save developers significant compile time.

How It Helps Automate DevOps: Gradle is similar to a number of other popular automated build tools. What sets it apart is that it uses a Groovy-based DSL to describe build scripts, compared to the XML configuration that most other apps use. Plus, there’s Gradle’s build cache, which reuses task outputs and retains a memory of build information, saving considerable time down the road. 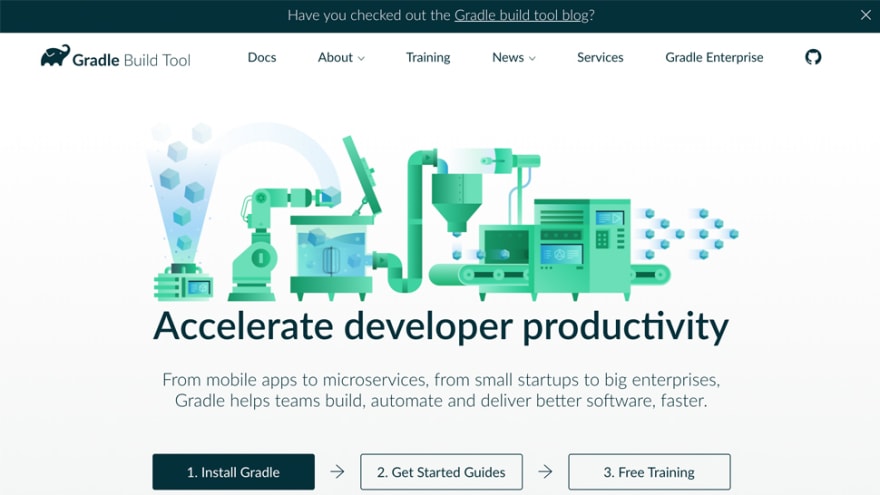 What It Does: Ansible is a configuration management tool that’s agent-less and easy to deploy. Because it’s agent-less, it’s faster, safer, and more lightweight than many similar tools that are available to do the same kinds of jobs.

How It Helps Automate DevOps: Ansible automates a number of repetitive tasks, including application deployment, cloud provisioning, intra-service orchestration, and more. It also uses YAML to describe automation jobs in “playbooks,” which can be reused and replicated to save even more time on similar tasks later.

What It Does: Buddy is another CI/CD tool. What makes Buddy stand out from other tools is how easily it integrates with things like Google, Azure, AWS, and more.

How It Helps Automate DevOps: Buddy might have the most flexible automation pipelines of any tool on this list, which means it’s a fast and straightforward way to automate building, testing, and deploying software. It will also automatically monitor status, health, and performance of all your applications. 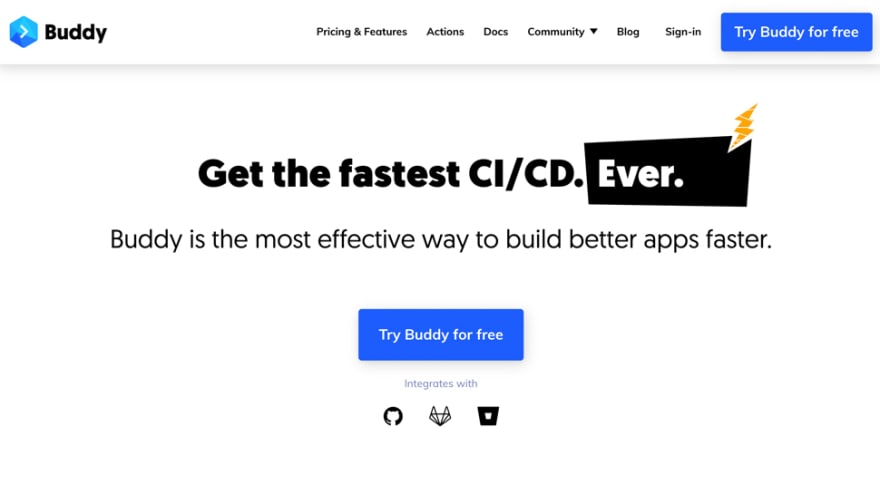 7pace Timetracker: Automated Time Tracking that Stays Out of Your Way

One of the most powerful ways automation can help developers do their best work is by removing tedious, unwanted tasks from their plate.

One of those tasks is time tracking — something developers notoriously hate to do.
While keeping track of time is a pain, it has to be done. Time tracking is how you collect the historical data about your work that helps you calculate your pace and make delivery estimates for new projects and clients. It’s also how you learn about yourself and your habits, and keep improving as a developer.

So what developers need is a tool that will all but automate the time tracking process, tracking time while staying in the background and out of the way. That tool is 7pace Timetracker.

7pace Timetracker integrates directly into Azure DevOps, Azure Boards and Github. It tracks your time, delivers insights about your work, generates invoices, automates burndown and completed work, and more. In other words, if you’re serious about adding automation tools for DevOps this year, you should start with 7pace Timetracker.

Thanks for keeping DEV Community safe. Here is what you can do to flag 7pace: