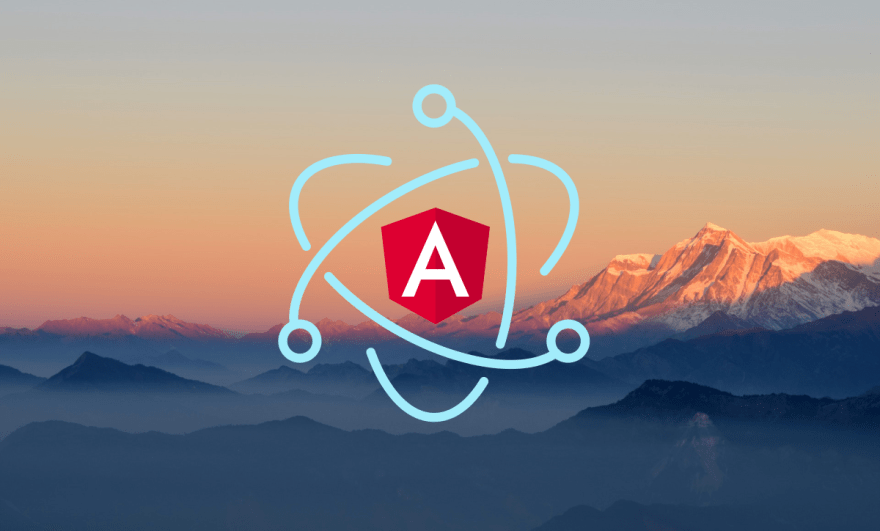 That’s true if you know how to write Javascript code, you can build a desktop application that looks and behaves like the native one. not just that, you also can bring the power of Angular into the world of desktop apps to make your IU look stunning 😍, enough talking, go get yourself a cup of coffee and let’s get started.

Before we start I expect that you have some basic knowledge of NodeJs and Angular.

If you don’t have Angular cli installed already, run the following command to install it.

You can see your application now in action by running…

Then open your browser at http://localhost:4200/, anyway that’s not the funniest part, let’s move forward.

We need to modify the index.html file at the src folder of our project, add a period to the base tag, so our app can find the static files, don’t skip this step it’s very important.

Now we going to add Electron to our application.

And we’ll also need some dependencies.

Now let’s create a new folder for our Electron application.

Now let’s add some code to our main.ts file (lastly we writing some code 😅)

The code above is exactly the same as mentioned at the official website but in Typescript syntax, also note that the win.loadFile function linking to the entry file of the Angular application “we didn’t build it yet”.

Okay, we need to check if what we are doing is even working, right!!

Let’s add a script to our package.json file so we can build and run this application.

And now let’s see it in action.

For now, you should see the application up and running with the angular logo in it, so far so good 😉.

Okay, now we have our application running, but who could we use the Electron API within the Angular application itself?!!

We just installed ngx-electron which going to make our life a lot easier, so let’s see how to use it.

We need to import this module like any other module we used to use with Angular inside app.module.ts file.

Let’s see if we really have access to Electron API.

Replace the content of your app.component.ts file with the following.

And replace the content of the app.component.html file with the following

For now, you should see the application up and running with the versions of code, chrome, and electron we using, hmmm we did it 😉.

Building desktop apps isn’t that hard, and we can use some powerful tools like node, angular, electron, and typescript to do awesome work, and you know what? even if you're web developer it’s not bad to try some new techs in your free time, I'm pretty sure that you going to learn something new from trying new techs 😉.

I may add a new post to write some unit tests for our application if I have free time.

And if you stuck you can always refer to the Github repo of this application.

Vue Scoped Slots - WTF are they and how do I use them?

Ahmed Kamal
Full-Stack Developer
Three months ago i began a journey on helping restaurants...
#startup #laravel #showdev #discuss
How do you 'Save for later'?
#webdev #discuss #productivity
What's that piece of code that you have to Google *every time*?
#discuss #watercooler #beginners