Disclaimer: the post is now quite old. Vite has a dedicated react plugin which you can easily configure now to get the intended outcome. The comment section has better snippets to help you :)

Vite is the next cool thing everyone's talking about. For the uninitiated, it's a tool that provides a dev server with a blazingly fast refresh(HMR) speed and comes loaded with the Rollup module bundler for generating highly optimized builds. 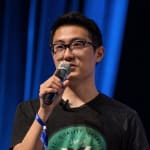 Most of you would already be familiar with EmotionJs - a very popular CSS-in-JS library. It comes with a react flavor which provides a css prop that greatly enhances the overall developer experience of writing styles in your react component.

An example from the official docs

However, every time we need to use this very convenient CSS prop, we would need to add emotion's custom JSX pragma on the very top of our jsx component.

If you are planning to give Vite a shot - The good news is that you don't need to do any additional tinkering. Emotion will work without any break when using the above approach. But, there is a far better way, with which we can simply avoid importing this chunk of import in all our JSX files.

To do that - you'd need to update the esbuild options in your project's vite.config file.

Vite uses esbuild under the hood for compilation.

And, that's it. You can now use emotion in all your jsx components by default.

If you want you can also import the css function along with jsx to avoid it importing later in your components to construct serialized style objects.

Finding the Way with useNavigate() in React

Once suspended, ajitsinghkamal will not be able to comment or publish posts until their suspension is removed.

Once unsuspended, ajitsinghkamal will be able to comment and publish posts again.

Once unpublished, all posts by ajitsinghkamal will become hidden and only accessible to themselves.

If ajitsinghkamal is not suspended, they can still re-publish their posts from their dashboard.