Whew, didn't take me quite long since the previous but I'm almost done with the app. Since there were very minimal bugs left for me to resolve, I had the biggest challenge to face, which was Deploying the app on the Digital Ocean App Platform. Prior to this hack, I didn't know that App Platform never supported Flutter Apps, and now that I was ready to deploy and play with App Platform, this fact hit me hard.

But, I never gave up, I saw Docker as a supported framework and thought of using Docker to build and deploy my app using Nginx so that the built app can be downloaded and installed manually on mobile phones.

It took me some time to understand and figure out how Digital Ocean's App Platform works, but documentation and the lovely community helped me figure out each and every part of it.

Once, I was familiar with the platform and the tools, I started working on the Dockerfile and decided to move from Nginx to Caddy for serving my apk. However, one challenge I faced here was with the OutOfMemory error which usually happens, when your RAM isn't enough. However, users can increase their RAM and CPU configuration without having to run and build the docker image again. Once, this was done, Voila! The apk was served fresh on a server host, where anyone could download and use it. 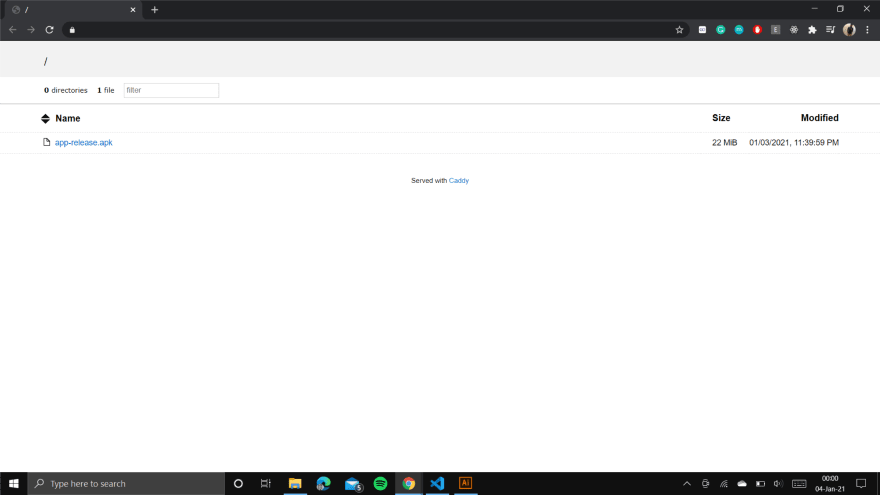 I'd recommend using the 2 GB RAM | 1 vCPU configuration and above for running the Dockerfile.

I just have few more bug fixes to deal with and my app would be fully done and dusted in a couple of days.

How to run Cassandra Container locally?