C (Programming Language)
C is a general-purpose, procedural computer programming language supporting structured programming, lexical variable scope, and recursion, with a static type system. By design, C provides constructs that map efficiently to typical machine instructions. It has found lasting use in applications previously coded in assembly language. Such applications include operating systems and various application software for computer architectures that range from supercomputers to PLCs and embedded systems.

Data Types:
In the C programming language, data types constitute the semantics and characteristics of storage of data elements. They are expressed in the language syntax in form of declarations for memory locations or variables. Data types also determine the types of operations or methods of processing of data elements.
The C language provides basic arithmetic types, such as integer and real number types, and syntax to build array and compound types. Headers for the C standard library, to be used via include directives, contain definitions of support types, that have additional properties, such as providing storage with an exact size, independent of the language implementation on specific hardware platforms. 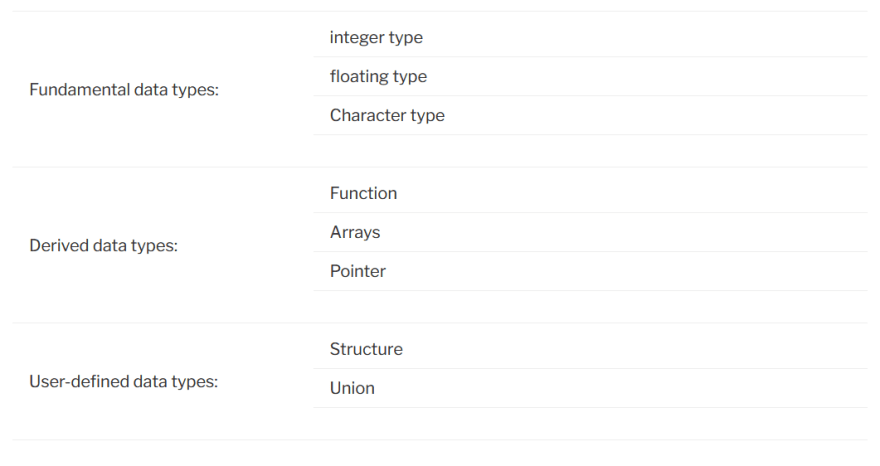 Fundamental Data Types:
A fundamental or primitive type is a data type where the values that it can represent have a very simple nature (a number, a character or a truth-value); the primitive types are the most basic building blocks for any programming language and are the base for more complex data types.There are five types of fundamental data types 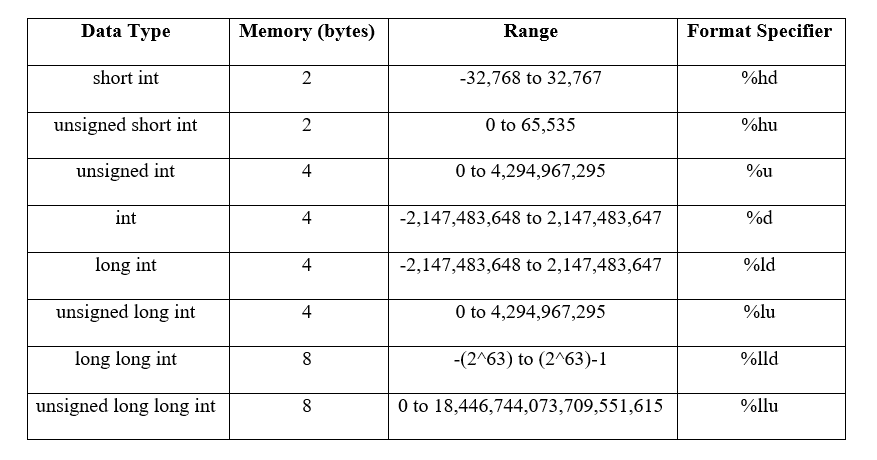 Void:
void type means no value. This is usually used to specify the type of functions which returns nothing. We will get acquainted to this datatype as we start learning more advanced topics in C language, like functions, pointers etc.

Functions:
A function is a group of statements that together perform a task. Every C program has at least one function, which is main(), and all the most trivial programs can define additional functions.
We can divide up your code into separate functions. How you divide up your code among different functions is up to you, but logically the division is such that each function performs a specific task.
C functions can be classified into two categories,

Defining a Function:
The general form of a function definition in C programming language is as follows −

Call by Reference:
The call by reference method of passing arguments to a function copies the address of an argument into the formal parameter. Inside the function, the address is used to access the actual argument used in the call. It means the changes made to the parameter affect the passed argument.
To pass a value by reference, argument pointers are passed to the functions just like any other value.

Declaring Arrays:
To declare an array in C, a programmer specifies the type of the elements and the number of elements required by an array as follows

Here int is the data type, arr is the name of the array and 10 is the size of array. It means array arr can only contain 10 elements of int type.
Index of an array starts from 0 to size-1 i.e first element of arr array will be stored at arr[0] address and the last element will occupy arr[9]. 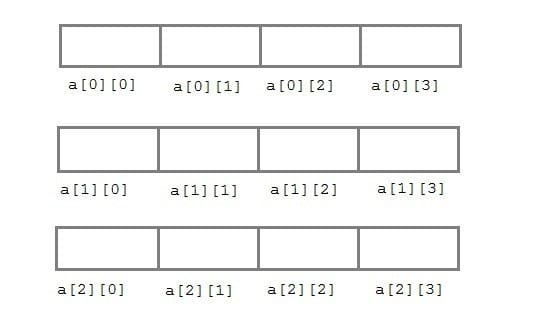 Pointers:
A Pointer in C language is a variable which holds the address of another variable of same data type.

Pointers are used to access memory and manipulate the address.

Pointers are one of the most distinct and exciting features of C language. It provides power and flexibility to the language. Although pointers may appear a little confusing and complicated in the beginning, but trust me, once you understand the concept, you will be able to do so much more with C language.

Address in C:
Whenever a variable is defined in C language, a memory location is assigned for it, in which its value will be stored. We can easily check this memory address, using the & symbol.

If var is the name of the variable, then &var will give it's address.

User-Defined Data Types:
A user-defined data type (UDT) is a data type that derived from an existing data type. You can use UDTs to extend the built-in types already available and create your own customized data types.There are two types if UDT’s in C Language:
1.Unions
2.Structures

Unions:
It is a collection of variables of different datatypes in the same memory location.We can define a union with many members, but at a given point of time only one member can contain a value.Unions can be very handy when you need to talk to peripherals through some memory mapped registers.

Syntax for Declaring a C union: 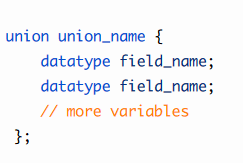 Note : Size of the union is the the size of its largest field because sufficient number of bytes must be reservedto store the largest sized field.

To access the fields of a union, use dot(.) operator i.e., the variable name followed by dot operator followed byfield name.

Structures:
Structure is a user-defined datatype in C language which allows us to combine data of different types together. Structure helps to construct a complex data type which is more meaningful. It is somewhat similar to an Array, but an array holds data of similar type only. But structure on the other hand, can store data of any type, which is practical more useful.

struct keyword is used to define a structure. struct defines a new data type which is a collection of primary and derived datatypes.

Syntax:
As you can see in the syntax above, we start with the struct keyword, then it's optional to provide your structure a name, we suggest you to give it a name, then inside the curly braces, we have to mention all the member variables, which are nothing but normal C language variables of different types like int, float, array etc. 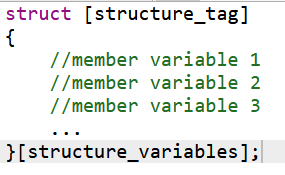 After the closing curly brace, we can specify one or more structure variables, again this is optional.

Note: The closing curly brace in the structure type declaration must be followed by a semicolon(;).

Difference between Unions and Structures:

The Best Ways to Teach Yourself to Code

“I Want to Learn Programming but I Don’t Know where to Start”: Your First Steps in Becoming a Programmer