Sancho is an open source, responsive and accessible design system built with React, Typescript and Emotion. View the documentation or check the code on Github.

Sancho aims to provide a beautiful, generic set of components that you can make your own.

The primary goal of Sancho’s design is to provide a set of UI components which are beautiful and functional but generic enough to be used in most contexts, and extensible enough to be made your own.

I’ve found that many recent design systems are built with a particular project in mind with a unique, distinctive style, which makes it difficult to use without your work looking like an existing project. Something like Material-UI is really great, but its style is very much identifiable with the Google brand. Bootstrap has always struck me as different in this regard - it provides a beautiful, somewhat generic set of styles and components which work great out of the box but which can easily be altered. It feels like Bootstrap was made for you.

Sancho tries to replicate Bootstrap in this regard. Its design isn’t particularly distinctive and it implements many of my favourite ideas from existing design systems. It’s also meant to be extensible through a combination of theming variables and component composition techniques.

For various reasons, many react based design systems don’t make responsive design a priority. Sancho does its best to make mobile designs and touch interactions as good as possible. This comes out in some of the smaller details.

Sancho provides scroll locking in the appropriate context. Here’s an example of scrolling within a Sheet.

Sancho provides a responsive popover which acts as a regular popover on larger screens, but turns into a bottom sheet on mobile devices.

The goal is to ensure that Sancho looks and feels as good on touch devices as it does on the desktop, a goal which is often surprisingly and frustratingly difficult to achieve. Using Sancho components will hopefully make your life a bit easier.

Sancho has a dark mode.

Sancho provides a dark mode for all of its components which makes it relatively easy to build a dark and light mode version of your website.

But perhaps more importantly, dark and light mode can be utilized at the same time on different portions of your website. This makes it easy to build something like a navigation bar which has a dark background and light themed components and text. Just wrap the relevant elements with the DarkMode component:

You can see this in action on the toasted-notes website which has a hero with a dark background and light text. Even buttons are subtly altered to provide greater contrast on dark backgrounds.

Sancho is built with Typescript, Emotion and React.

Sancho is fully typed because it’s built with Typescript. This means that your theme is typed which ensures that you only access a value that exists on your theme object.

Sancho supports tree shaking. Bundle only the components that you need.

It’s unlikely that you’ll need to use all of the components provided Sancho. Sancho is fully tree shakable which means that only those components that you use will be included in your final build.

If you import Text and IconArrowRight into a create-react-app bundled application, the final Sancho related build size is 8.4kb minified.

Julienne.app is a little app for sharing recipes with family and friends. View the source. 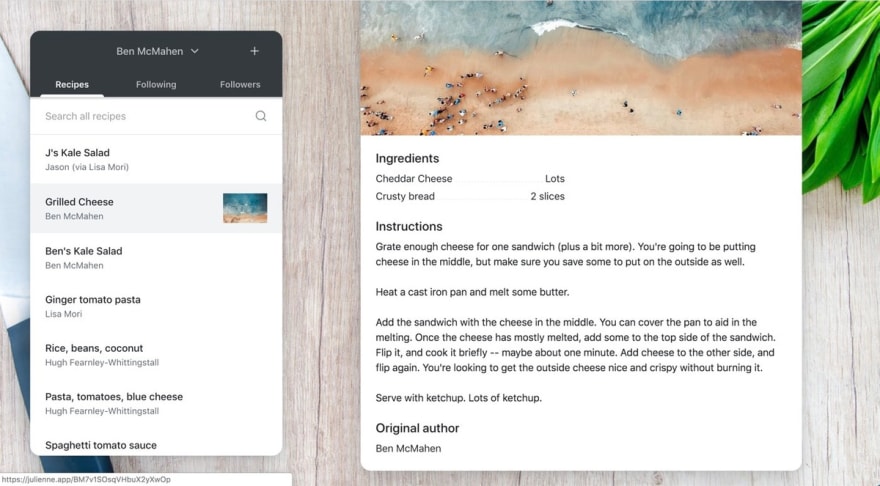 Captioner.app provides a way to create subtitles for videos in your web browser. View the source. 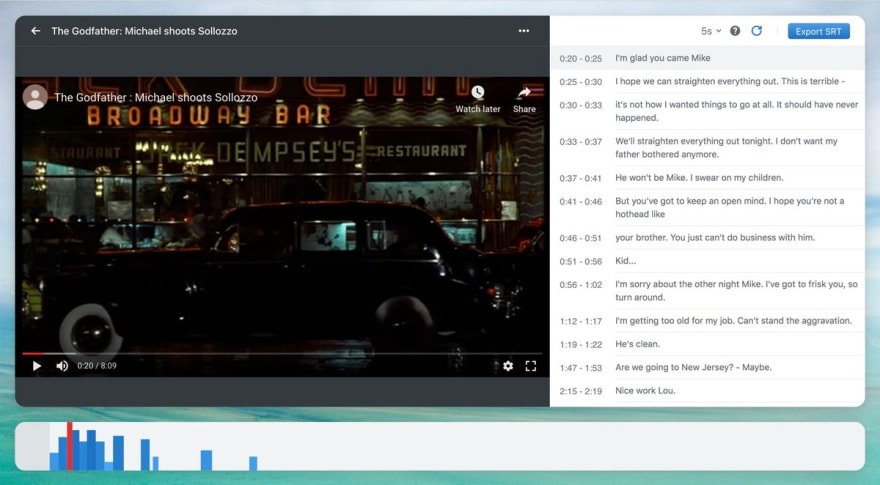 (This is an article posted to my blog at benmcmahen.com. You can read it online by clicking here.)

Once suspended, bmcmahen will not be able to comment or publish posts until their suspension is removed.

Once unsuspended, bmcmahen will be able to comment and publish posts again.

Once unpublished, all posts by bmcmahen will become hidden and only accessible to themselves.

If bmcmahen is not suspended, they can still re-publish their posts from their dashboard.

Once unpublished, this post will become invisible to the public and only accessible to Ben McMahen.

Thanks for keeping DEV Community 👩‍💻👨‍💻 safe. Here is what you can do to flag bmcmahen:

Unflagging bmcmahen will restore default visibility to their posts.