Cross-site scripting (XSS) is a type of security vulnerability in web applications where an attacker injects malicious scripts through some kind of user input (like input boxes, URL parameters, HTML headers, etc)
It is important to prevent XSS attacks to safeguard the confidentiality, integrity, and availability of the information of the web application. The two main cross-site scripting flaws are reflected and stored:

Malicious content from a user request is displayed to the user or it is written into the page after from server response. For instance, in the next screenshot, the credit card number field is vulnerable. After the number, there is a script to be injected:

When the purchase button is clicked, the alert windows is displayed:

A patch to the flaw in Java

When you have a String RequestParam, avoid handling it without sanitization:

The OWASP Java encoder has a method called forHtml for that purpose:

Now, the field is printed as text, but it is not executed: 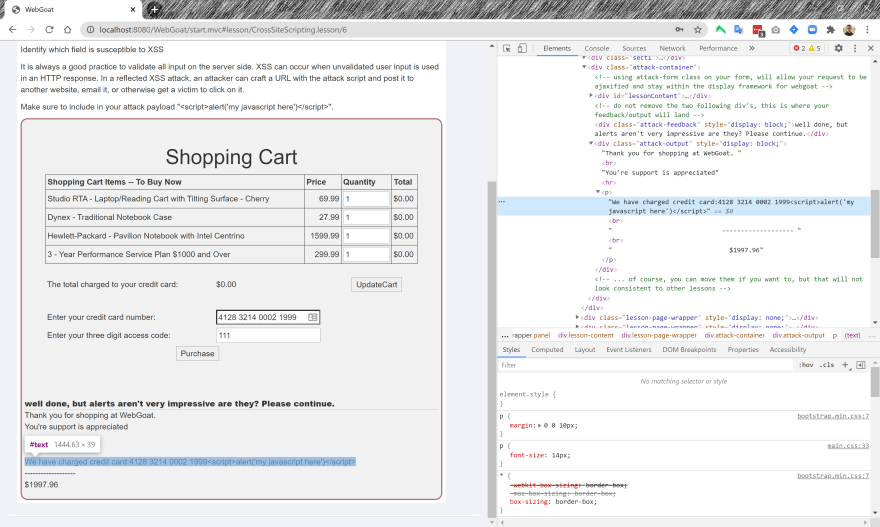 The payload is persisted. For example, in the next screenshot, you can see that a script is added as a comment. When the page is loaded the script is executed and printed as part of the code. 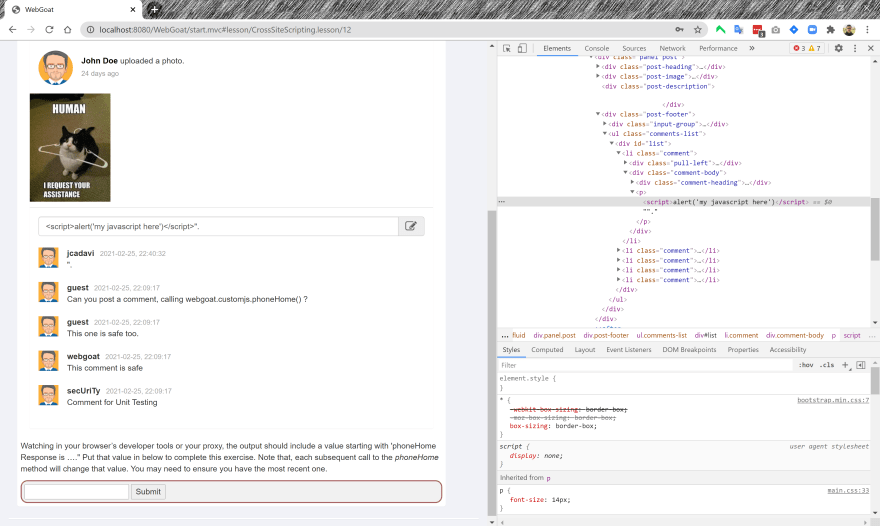 A patch to the flaw in Java

The solution is to sanitize the RequestBody before handling it:

Now, the comment is printed as text, but it is not executed: 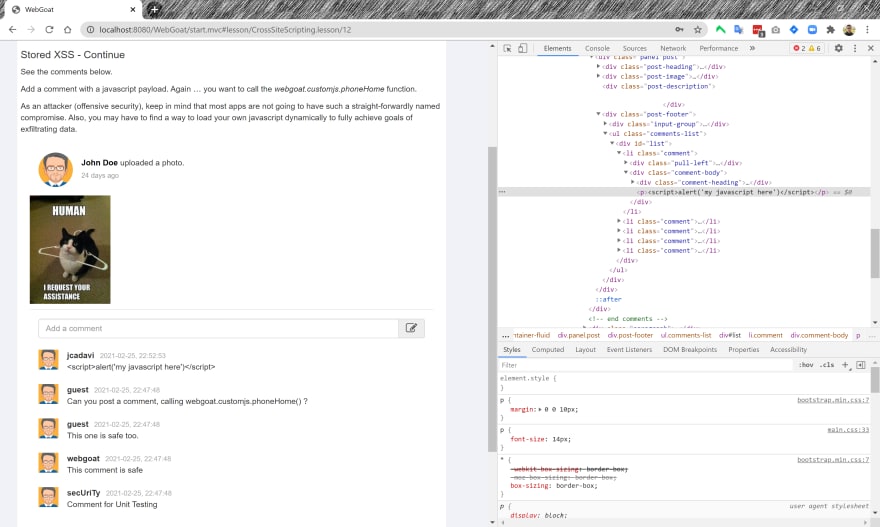 Working with your Spring Boot application in IntelliJ