You've already gone through this: You're going to start with a project and to do so, you'll have to go through the journey that is to configure the entire development environment. Download and install Dev IDE,required libraries, necessary tools... Ask one guy, ask another one... Until 8 hours later (hopefully) you finally managed to get the environment up.
Docker together with a VSCode extension called Remote Development can facilitate and speed up the installation of these environments, even if the dependency stack is large.
This article will be divided into 3 parts:

Docker is a powerful tool, I've already written about it here (in Portuguese), with it you can create different types of environment isolated from a host machine. To install Docker enter here.

This extension allows a file on the host computer to be opened inside a Container, either on a remote machine or in WSL if you are on Windows. What are the benefits of this?

Although the first topic is an almost limitless subject, it is also complex, so in this article I will focus on the second topic.

Set up a development environment with a large dependency stack;

The preconditions for creating this environment are:

To install Docker and VSCode just go to the links that was already presented. Once the VSCode is open, go to install an extension (CTRL+Shift+X) called Remote Development, as seen in the figure below.

Next, let's think about a development environment that has dependencies that we don't have originally on the host machine, or that are in different versions than those needed for development. It could be a specific version of JAVA, but I thought of something more complex to test the "limits" of this approach.

Let's imagine that we are going to develop a mobile App, using Ionic. To run Ionic, we need:

Keeping in mind that this folder where the Dockerfile is saved will be opened inside a Container with the dependencies that are described in it, click on the green button on the left side of the VSCode. An option box will open and from the existing ones choose "Open Folder In Container..."

Then what happens is that the VSCode and the extension will download the image, create the Container and leave it running ready to start the work.
NOTE: Yes, this process can take a few minutes depending on your internet connection.

After the time of creating the Container and installing the dependencies, the result will look something like this: 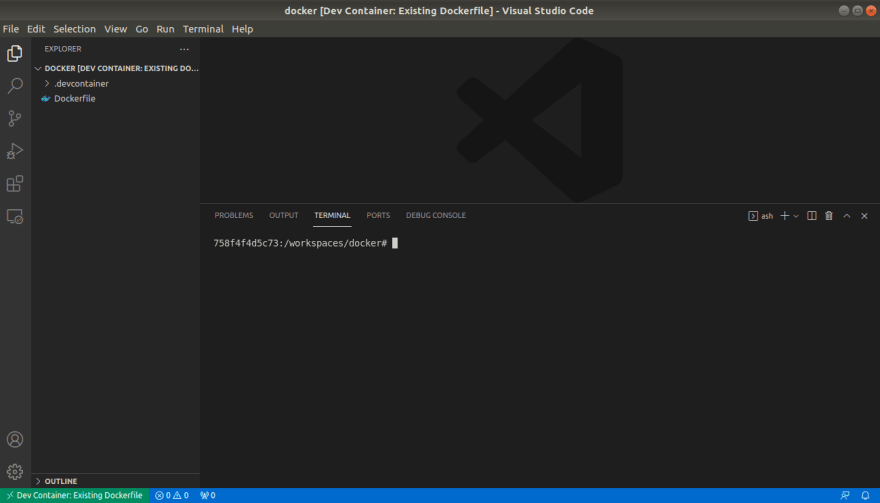 Let's test it in the Container's terminal to see if the dependencies are different from the host: 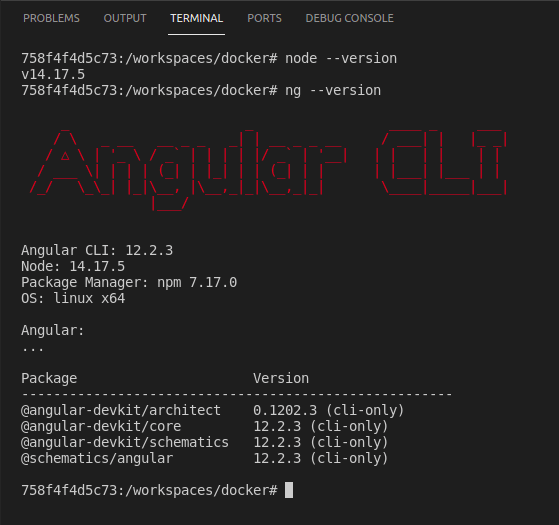 Everything seems to be in agreement, one important thing to remember is that there is now a Docker Container running under the hood, you can check this with the command
$docker ps
there will be a line like this:

Closing VSCode will not close the Container, it will be running until you finish it!
That's it, you can start creating your Ionic project, just type
$ionic start
And start making the App with the dependencies you want, and if any of your colleagues need the same thing, just send him the Dockerfile you have.

What music have you been coding to this week?

WHICH TECH CAREER PATH IS RIGHT FOR ME?

Once suspended, ferfox1981 will not be able to comment or publish posts until their suspension is removed.

Once unsuspended, ferfox1981 will be able to comment and publish posts again.

Once unpublished, all posts by ferfox1981 will become hidden and only accessible to themselves.

If ferfox1981 is not suspended, they can still re-publish their posts from their dashboard.

Once unpublished, this post will become invisible to the public and only accessible to Fernando Raposo da Camara Silva.

Thanks for keeping DEV Community 👩‍💻👨‍💻 safe. Here is what you can do to flag ferfox1981:

Unflagging ferfox1981 will restore default visibility to their posts.