A tale of a dying monolith: The complexity of replacing something simple

Photo by Thor Alvis on Unsplash

I’ve been working on Big Media for almost two years now. Two of my favorite projects were building publishing platforms. Both leveraged the Headless CMS architecture and developed a platform around it.

While the stacks were entirely different, the patterns between architectural components seemed the same.

A friend was building new versions of the Android and iOS Apps for an old CakePHP app in the Healthcare industry I had helped develop almost five years ago. He wanted to add new features to the apps and needed the backend to support the new features.

The CakePHP App interacted with data coming from an external system. It was the source of truth for most of the entities in the app. Both systems were tightly coupled, sharing data via database tables.

CakePHP Monolith tightly-coupled to an external system via the Database.

Doctors and practitioners would log in to the CakePHP App and add extra information to the data coming from the external system.

Models for product descriptions, pictures, calendars, procedures, locations, profiles, etc. only existed in the App, and that data was created and managed there. The App would render the content and exposed the data via a REST API to mobile and third-party apps. One big, mighty monolith from the good ole’ days.

I convinced my friend to let me start building experiments around the project. I began strangling the monolith. After several iterations, this is the resulting architecture: 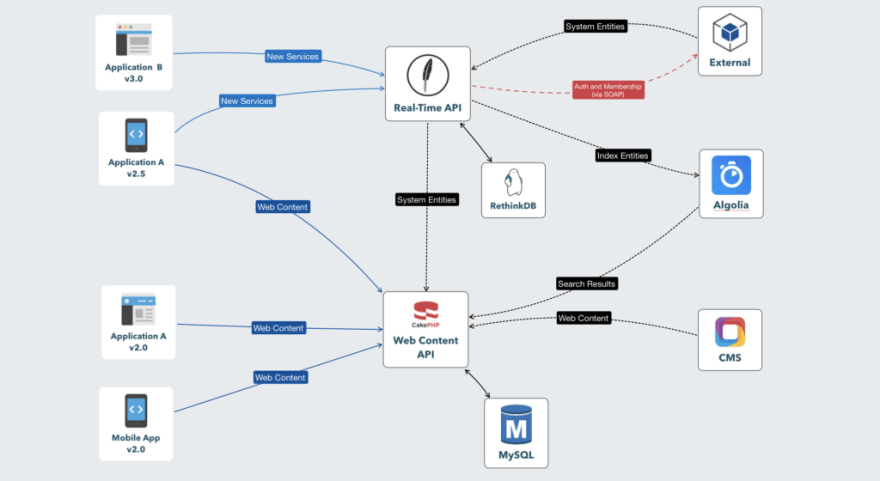 The New Stack — A Highly decoupled architecture with a Headless CMS, an external search engine and real-time API.

The new Platform is an event-driven, distributed system. A FeathersJS RESTful layer in the middle of the platform. I offloaded all content related responsibilities to Prismic.io, the CMS functionality on CakePHP was deprecated. I used Algolia to power the search engine on all apps, including the API.

Based on the events of the API I can do things like index new content or remove content from the search engine, update pricing, stock levels, enable or disable content, and bake in some default data in case an entity does not exist on the CMS yet.

As a nice bonus, the mobile apps can now give notifications in real time to the users about things that are happening in other parts of the platform.

I started by removing the database dependency between systems. Now all systems integrate via RESTful API endpoints.

The coupled integration was the source of a lot of pain-points:

Now the external system pushes changes via the REST API. They exposed a SOAP API for User Membership which the Feathers backend consumes and proxies as JSON API for external clients.

I modeled all Content entities in Prismic. Users can now create and manage content and see it magically appear on all apps in near real-time.

I kept Cake’s frontend as is. Keeping it as the Rendering engine means that no extra effort needed in the frontend. In the future, they want to migrate the to VueJS or React.

I set up webhooks to sync that data back to CakePHP models. The content coming from Prismic will update existing models, handle external assets (backing them up locally) and update current state. Eventually, all content will exist in Prismic. 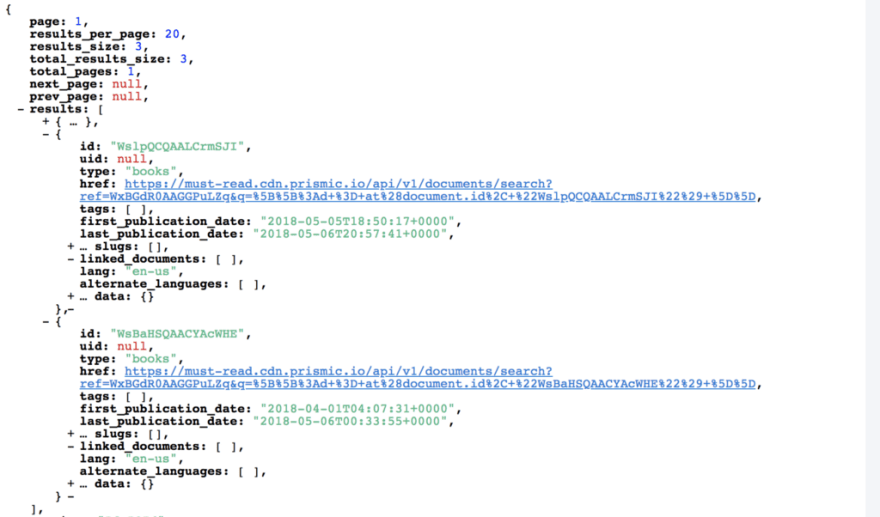 JSON Response from Prismic’s API (from same model above).

Working with Algolia is a breeze. It’s blazing fast and easy to use. Having an event-driven architecture turned out to be extremely beneficial. Events on the API use NodeJS’ clientto index the data asynchronously.

In a few milliseconds, the search features on all applications will reflect the changes and show (or hide) the same results. SDKs for PHP, Swift, and Java made the integration easy.

Having more pieces in the architecture means that deploying new versions of the platform can no longer be done by hand. I set up pipelines on Buddy to handle the deployments automatically.

The CakePHP app was already being deployed to an EC2 instance on AWS. I just had to automate the process (and added atomic deployments). 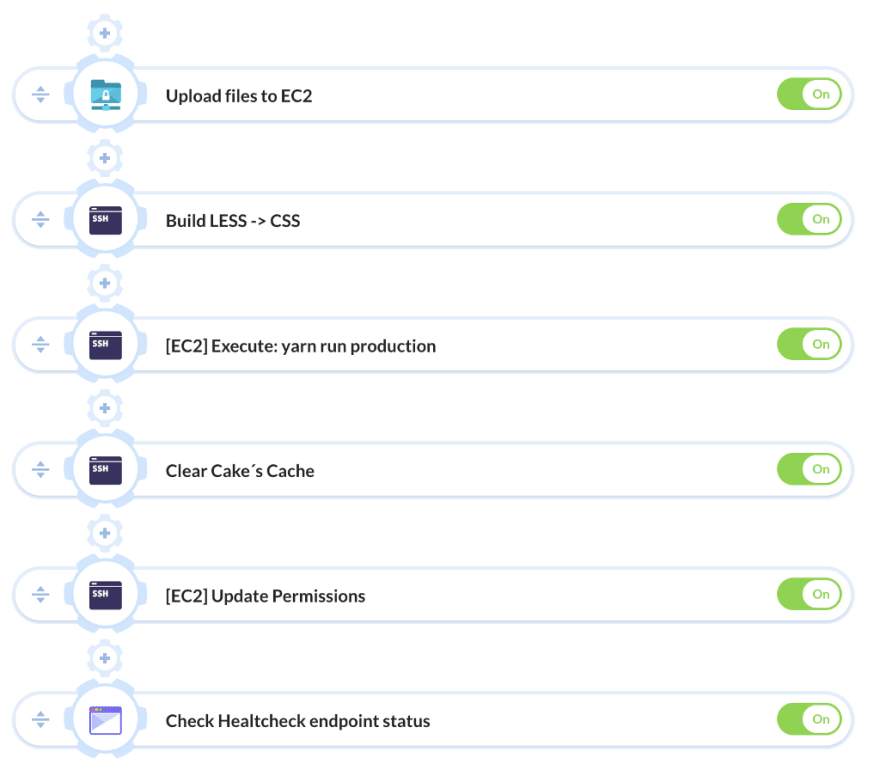 The FeathersJS app is deployed to the cloud with Zeit’s Now. A service for immutable infrastructure that makes it simple to deploy features quickly without hassle (or fear). 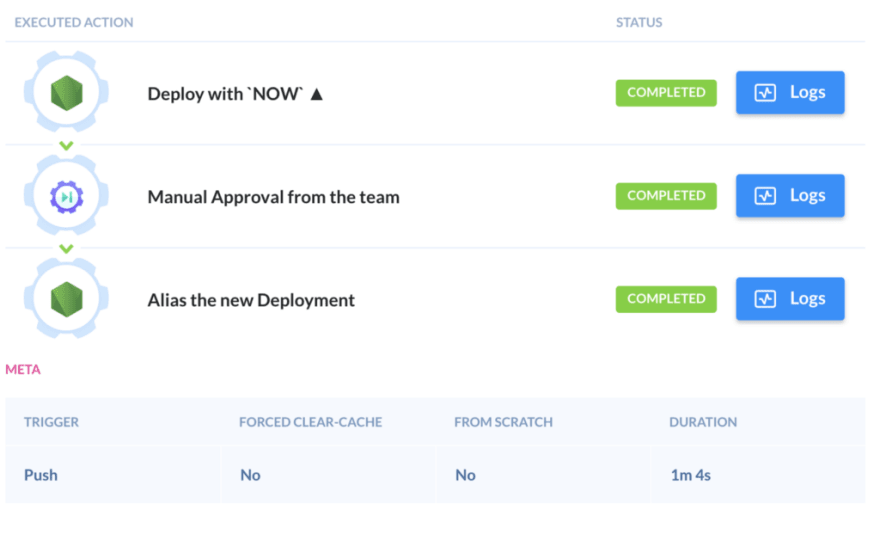 Merging a branch will create a new container tied to a new domain name where you can do any tests you need.

If everything works as expected, the last step will alias the current deploy to the backend’s public DNS name and it will automatically start receiving live traffic. It will also automatically scale the app and make sure it’s running in all available regions. 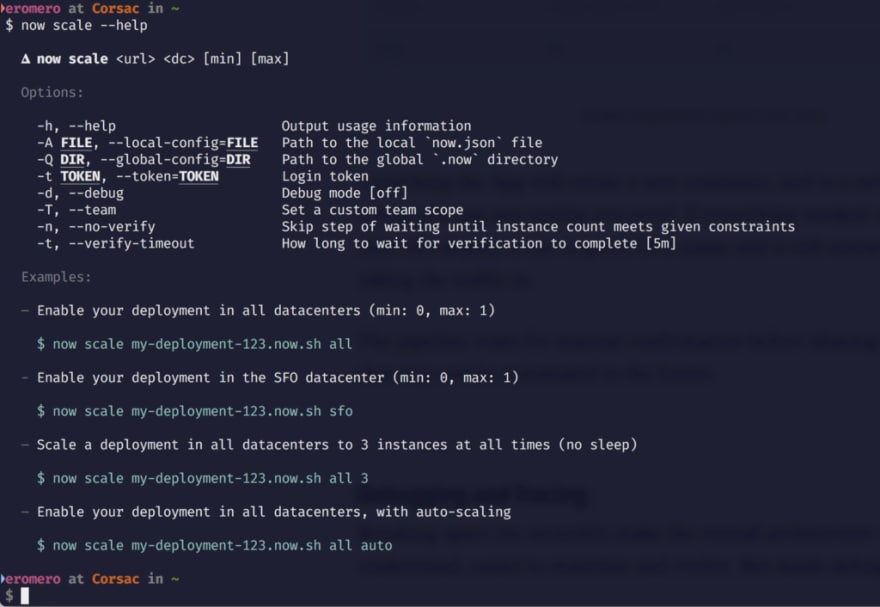 The configuration for aliasing to production and scaling rules are set in the repository as code. Things like database connection, and the access keys for third-party services are set as environment variables that are injected to now from the pipeline.

Breaking the monolith apart made the overall architecture easy to understand, easier to maintain and evolve. But at the same time made debugging very hard. Trying to figure out what’s going on when an event crosses system boundaries was very challenging.

I had already some idea about observability and traceability because of my experience with AWS Lambda, X-Ray, and IOPipe. I really like IOPipe, but it only works for lambda. I remembered reading great insight on observability via Charity Majors’ twitter. I decided to try Honeycomb.io.

I instrumented the backend and the pipeline.

Request per second (purple) and Releases from GitHub (blue).

Feathers uses ExpressJS under the hood, so I just had to add their beeline for NodeJSand HTTP requests were handled out of the box.

I used before and after hooks to add extra context to the tracing information. That helped get better insight into what was going on in the platform and made it easier to build meaningful queries and create visualizations with values that made sense business-wise.

There is no beeline for PHP yet. But the Events API can be used with all other languages.

I also instrumented the pipeline so all releases are marked on honeycomb (the blue combs on the image above). I used the marker CLI for that. With pipelines already setup to run when code is merged to master and tagged for release, it was just running one extra step with the following:

Triggers can be leveraged to keep track of any unexpected behavior across the platform. I expect that in the future Triggers will be used to track behavior after an update performing roll-backs or aliasing the release automatically.

I learned a lot! The platform is robust, decoupled and scalable. It helped me validate my theory around content platforms and helped recognize reusable patterns I can apply in different projects easily.

On the other hand, it made me realize that replacing a monolith with a distributed system helps in the long run but adds a lot of complexity that can be cumbersome if you don’t have the right tools support it like CI/CD, event logs and tracing.

I think observability is a key success factor when building service-oriented architectures like microservices or Lambda-based architectures. I’ll continue to dig more into it.

Finally, the team that will continue to support the platform was also delighted with the outcome. It’s now easier to add new features. Understanding the components is straightforward, more than the original codebase was. They are already thinking of what the next refactor will be — The frontend. The organization has less aversion to change, and new ideas are already on the pipeline, overall they are moving faster, and there’s a new sense of trust in the engineering team.

Thanks to Felipe Guizar Diaz, Luis Daniel, and Miguel Lomelí for helping proof-read this article.

Once suspended, foxteck will not be able to comment or publish posts until their suspension is removed.

Once unsuspended, foxteck will be able to comment and publish posts again.

Once unpublished, all posts by foxteck will become hidden and only accessible to themselves.

If foxteck is not suspended, they can still re-publish their posts from their dashboard.

Once unpublished, this post will become invisible to the public and only accessible to Eduardo Romero.

Thanks for keeping DEV Community safe. Here is what you can do to flag foxteck:

Unflagging foxteck will restore default visibility to their posts.