One of my side-projects that is built on Laravel, we use mix that gets shipped by default for all things webpack. Mix is one awesome piece of software, simplifies a lot of things I have to do with webpack. After using Mix for the past two years. I decided to try out ParcelJS. This came in as a part of a cleanup project that I did during a few off days I had on the codebase. After successfully upgrading the design to Bootstrap 5 / tabler from the older version. And removing some of the older jQuery dependencies and limiting it to the specific components like the WYSIWYG for the moment, because I didn't want to go down a different rabbit hole trying to change that. It's a lot of code changes that have less ROI.

My move to ParcelJS was pretty straight forward.

I got started by installing the dependencies, I use node-sass and purgecss as additional dependencies. But it's not required if you are simply using CSS files and don't want to remove unused CSS from the final CSS build.

Then I added the config files for purgecss and node-sass.

I modified the app.js Laravel ships to act as one of the entry point for parcel-bundler.

Then in order to get the build kicked off, 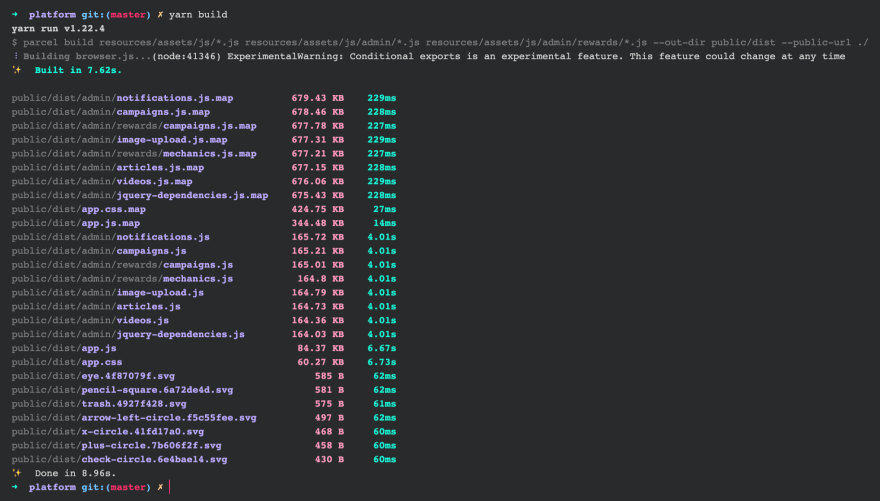