Let's also assume that the car can perform some essential functions like:

Now we'll model our car in code. We need to define a class like a blueprint describing all these car characteristics to the programming language.

Let's break the code down piece by piece:

These are known as the members of the class. Imagine them to be variables of the class. When we make a new car, every car object will get its own copy of these variables. I've defined them as either String or Integer as per the property of the car that they represent.

These are the methods that we've defined to imitate various functions of a real-world car. startEngine imitates the starting of the engine by printing to the console. refuelTank takes in an Integer and increases the fuelLeft member of the class by that amount. The same goes for the drive method that increases the distanceTravelled member and prints out a message on the console.

This is a unique method of the class called the constructor. Ignore the public keyword; we'll get back to it later. Notice that it has the same name as the class. Also, notice that we don't specify any return type (like void or int). The blueprint class tells Java about something known as a Car, but it does not create a car for us. When we make a car, we need to invoke the constructor method. So essentially, the constructor is the first method that is called when we create a car from the class.

Have a look at the bunch of this keyword here. The constructor has three parameters name, color and peopleCapacity. We use these to set the initial values of our own members in the class. Now to distinguish between the name of our class and name of the constructor, we use this keyword. The parameter name belongs to the function scope and just writing name points to the parameter. To access the member name, we use this.name as it is in the outer scope of the class. Now let's actually make a car object from the class that we have defined over here.

Let's step through the code line by line and see what's happening:

We use the new keyword to instantiate an object from a class. The Car in Car honda = refers to the type of the variable honda. The Car in new Car(...) is a call to the constructor. Observe the parameters we are passing are precisely the same as the constructor above expects. This runs the code in the constructor and sets the members accordingly.

Here we are calling the startEngine method of the Car. We use . operator to access members and methods of the object. This, in turn, runs the imaginary code to start our car's engine and prints "Starting Engine!" on our console.

Here we are accessing the value of thefuelLeft variable of the car and printing it out.

The refuelTank function increases the fuelLeft of the honda car, and on the following line, when we print it again, we can see the final value to be 200.

What did we discover?

We have now established the basics of Object-oriented programming. Let's take a step back and analyze the consequences of what we have discovered so far. In procedural programming, we used to pass data into procedures to performs computations. In this paradigm, the data itself can perform operations on itself. The Car class has all its properties built-in and knows all the tasks it is supposed to serve. This new way of thinking about programs has its own advantages and disadvantages:

That wraps it up for the post. We laid the foundation to build upon even more object-oriented programming concepts in the upcoming stream of posts. You can find the code mentioned in the post here: https://github.com/godcrampy/oop-deep-dive-notes

I hope you liked the post. If this was helpful, please show some love by clicking ♥, 🦄 and saving the post for later. Oh, BTW do you want to learn Bash? Here's my crash-course post on Shell Scripting: 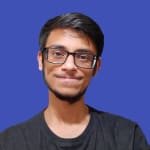 Once suspended, godcrampy will not be able to comment or publish posts until their suspension is removed.

Once unsuspended, godcrampy will be able to comment and publish posts again.

Once unpublished, all posts by godcrampy will become hidden and only accessible to themselves.

If godcrampy is not suspended, they can still re-publish their posts from their dashboard.

Once unpublished, this post will become invisible to the public and only accessible to Sahil Bondre.

Thanks for keeping DEV Community 👩‍💻👨‍💻 safe. Here is what you can do to flag godcrampy:

Unflagging godcrampy will restore default visibility to their posts.