Today I saw a twitter thread from DHH, which reminded me that even great developers struggle once in a while 👇

No, it's not that he bought a new Surface Laptop 3. It's that he was having trouble running Ruby on Rails on Windows 10 👇

I'm many, many hours into the Windows journey so far, but still haven't been able to get my Rails apps running. At this point I'm starting to get receptive to the idea of just throwing Linux on it directly instead. Anyone running a minimum fuzz distro on Surface Laptop 3?

@dhh Lemme know if you need any suggestions or help.

@dhh If you want to give any direct feedback lemme know. I know the teams behind a lot of this stuff.

👏 Props to Rich Turner for providing some very useful tips 👏 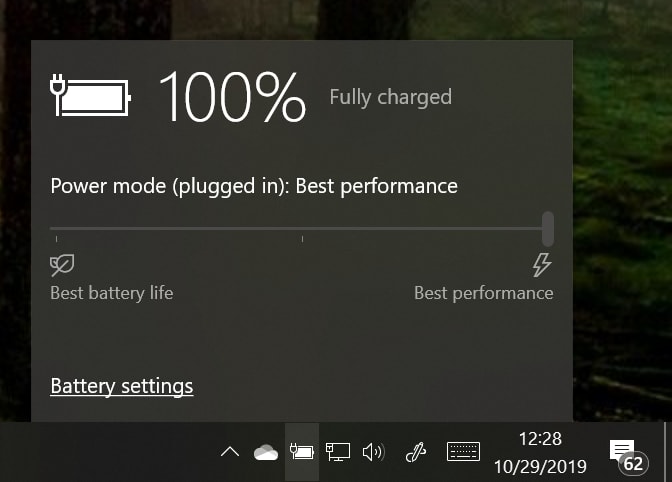 @dhh @chadfowler That's highly unusual. WSL2 is generally pretty quick. Can I ask you to run `wsl -l -v` in PowerShell and share the output? Also, be sure to click the battery icon and make sure you're on "Best Performance" when plugged-in?

@dhh @rathboma @chadfowler @craigaloewen In WSL1, all files were stored in Windows. In WSL2, each distro gets their own VHDX, and perf should be close to native. However, in WSL2 right now, cloning into e.g. /mnt/c/dev/project/ will be slower than cloning into ~/dev/project

Scott Hanselman shared a pretty good blog post about running RoR on Windows using WSL2. Which is fabulous!, but I would need to reformat my laptop, get on the windows insider (beta) fast ring, then enable WSL2.

Which as tempting as it may sound, I'm sure a lot of people don't want to commit their main laptop to a windows beta build.

Can you get this working right now, on your current Win10 install? Absolutely. I'll guide you through the process 👇

What are we going to use?

Go to the search bar and type 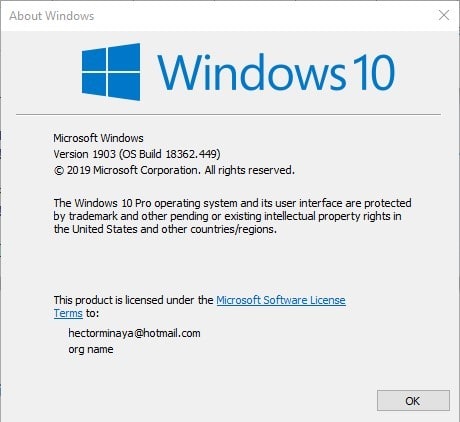 Head over to the Microsoft Store and install your favorite version of Linux, In my case I'll use Ubuntu. 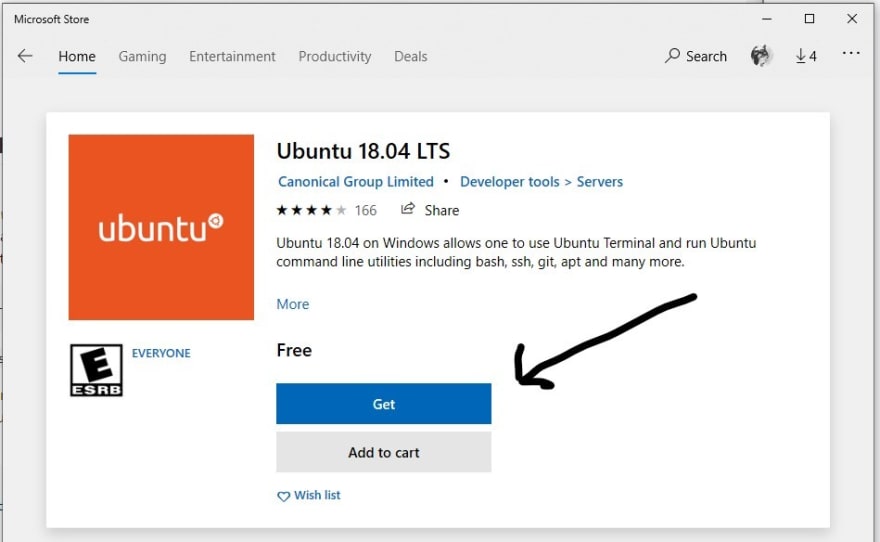 Once installed, just run the terminal and it will ask you to setup a username and pass 👇

First I'll install some prerequisites so I don't run into issues later on, just run the following commands 👇

Next, I'll just go ahead and install Ruby, you can use RVM or rbenv, but I'll keep it simple for this post 👇

After a few minutes you should have Ruby installed 👏. Now we'll install Rails to get an app running 👇 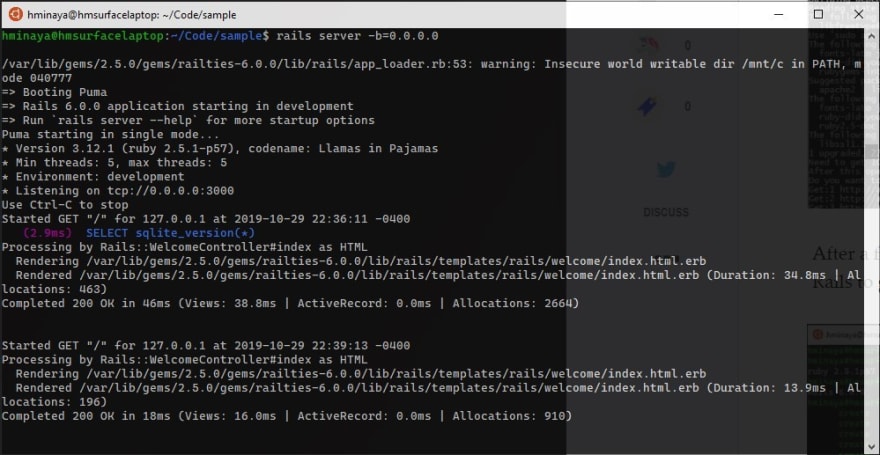 Basically we are going to use VsCode to access the file system in WSL and make changes to our app.

So now, head over to VSCode and install the fabulous Remote Development Pack, this will enable you to open up the WSL filesystem and access the app you just created 👇 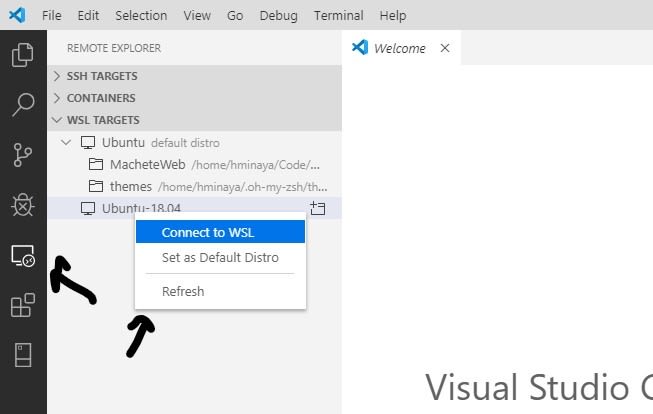 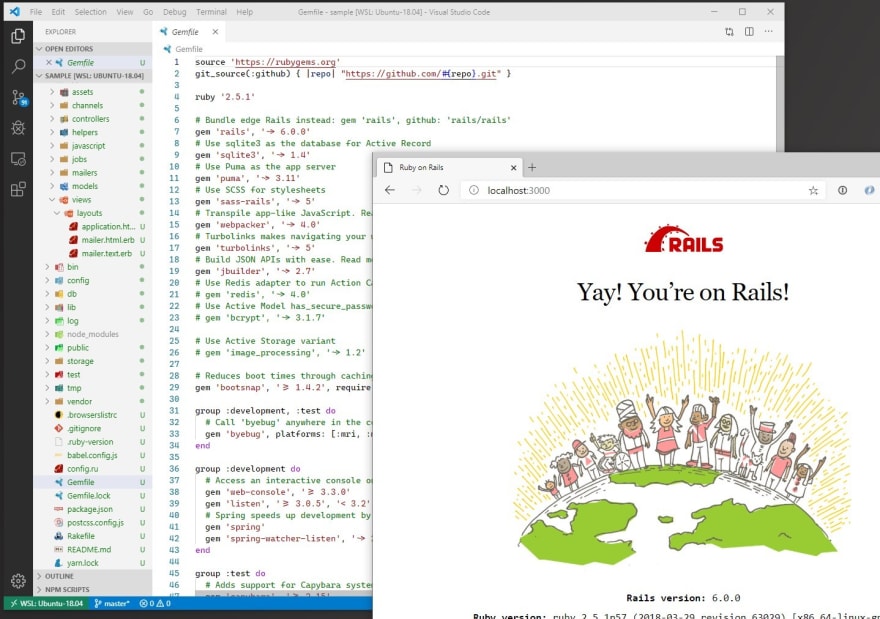 Hector Minaya
Pitch me on Swift
#swift #ios #discuss #pitchme
If you could go back in time and restart your coding journey again, how would you do it?
#webdev #programming #discuss #productivity
Hey guys what's better Vue or React?
#discuss #javascript #career