Whether it’s Coding Apps, programming SaaS, making PWAs among the clouds, engineering desktop software like its 1999 using Borland's C++ Compiler and Books, Reacting or Vue-ing on the modern web, designing native based web apps, developing web based native apps or my grandma’s favorite - using cards with holes in them that get fed into a computer the size of Kansas - it’s all roughly the same basic idea of convincing a computer to do something useful or cool.

Whether it's in app prompts, app support or marketing and tutorials they all require a slightly different writing style. Without good copy on the website it doesn't matter how cool the app is or who clicks the link to read about it because nobody will read the page if it isn’t interesting. Writing is important.

Who am I? What am I working on?

I’m Josh. I live in Colorado. I'm working on a GPS and IMU data logger for motorcycles and high performance vehicles at Motorift.com It uses phone sensors to record and analyze data to create a motion profile of your ride. 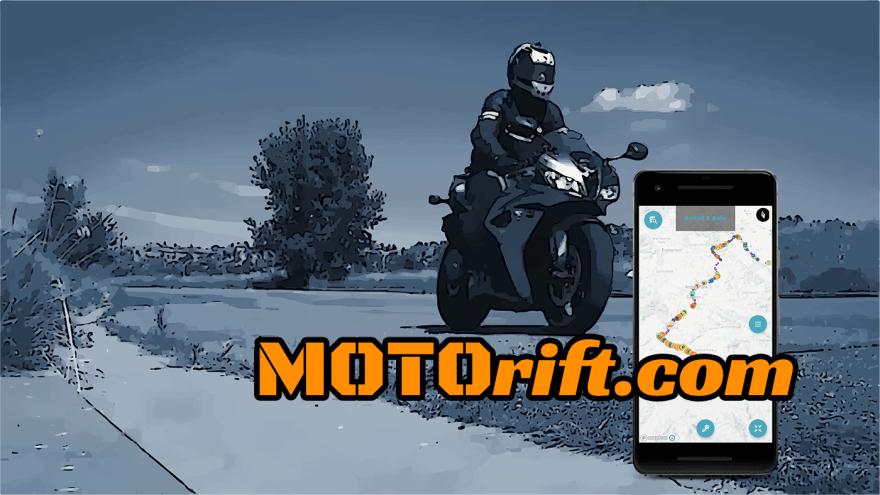 If you're not familiar with the joys of riding a motorcycle, what you should know is for most people who ride one, the fun is in the corners. As you lean into a corner a mixture of gravity and centrifugal force catch you from falling over and keep you upright...unless... well, unless the tiny bit of tire that actually touches the ground at any given moment slides out from under you. But most of the time it goes great 👍

To successfully ride a motorcycle is a delicate balance of throttle control and body movements. The throttle position, the suspension and the actual body movement required to go around a corner are all tightly related.

The same thing happens in a car, but it gets amplified on a bike.

What does this have to do with software development? Turning those movements into data and then putting that data on the screen in a meaningful way is my goal in life at the moment. If you're leaning hard into a corner or accelerating I want to show that vs where you were riding smooth. 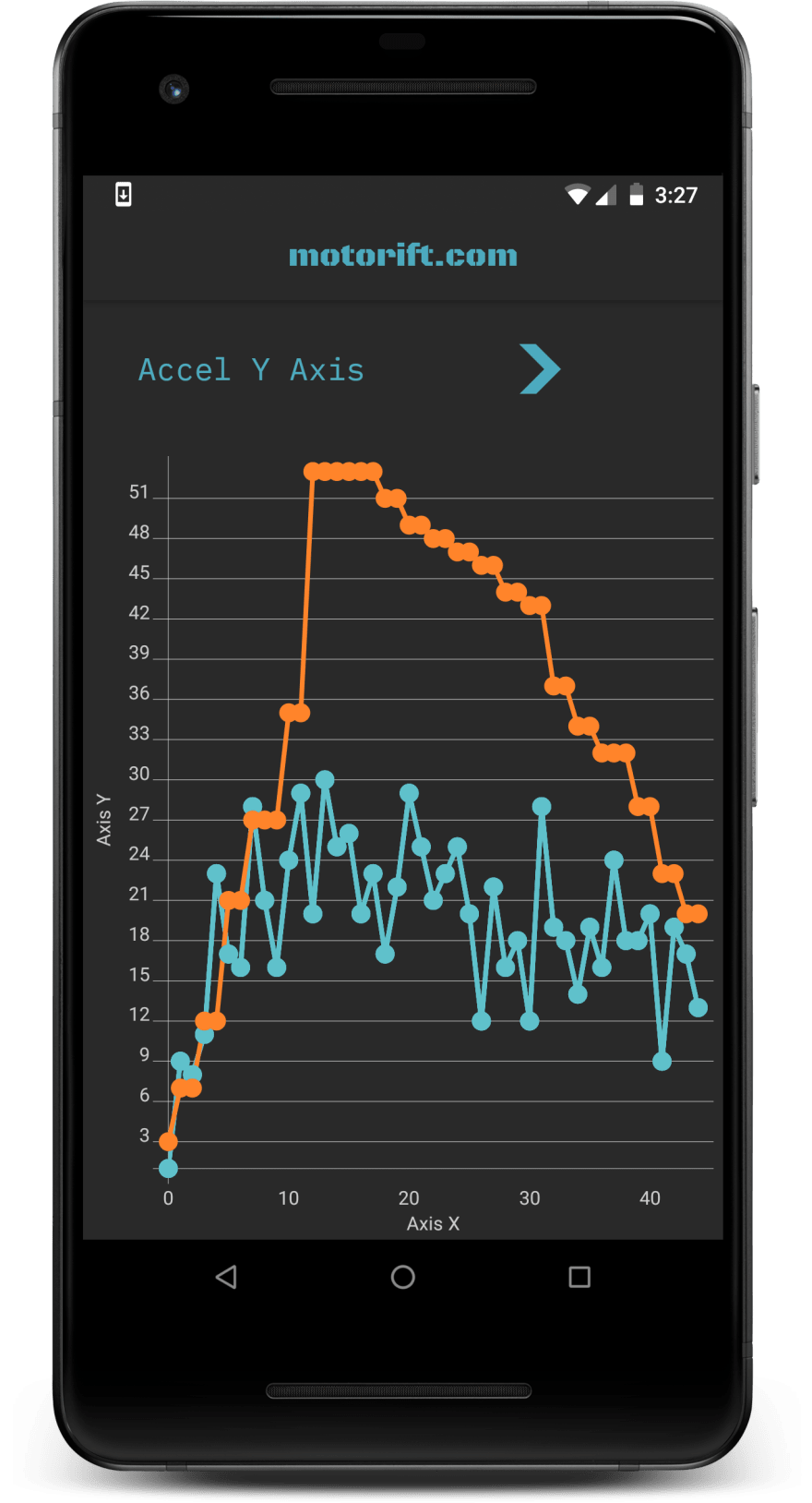 To most people it's not interesting at all, I mean who cares, right? But to a few people who really like riding around on a bike or have a high performance car, it has the potential to be an interesting way to learn about your riding style.

Motorsports telemetry has been around for decades now, it’s nothing too new. MOTOrift is my attempt to make something cool out of it for my bike. I didn't make it for a million people or to appeal to everyone with a bike so that freedom allows me to create what I think would be cool and what I think I can make a reality.

The app also does timing like 0-60mph, 1/4 mile times, weather maps, gear ratio calculator and plenty more. It’s a pair of Java Android apps with a web app tying it all together. 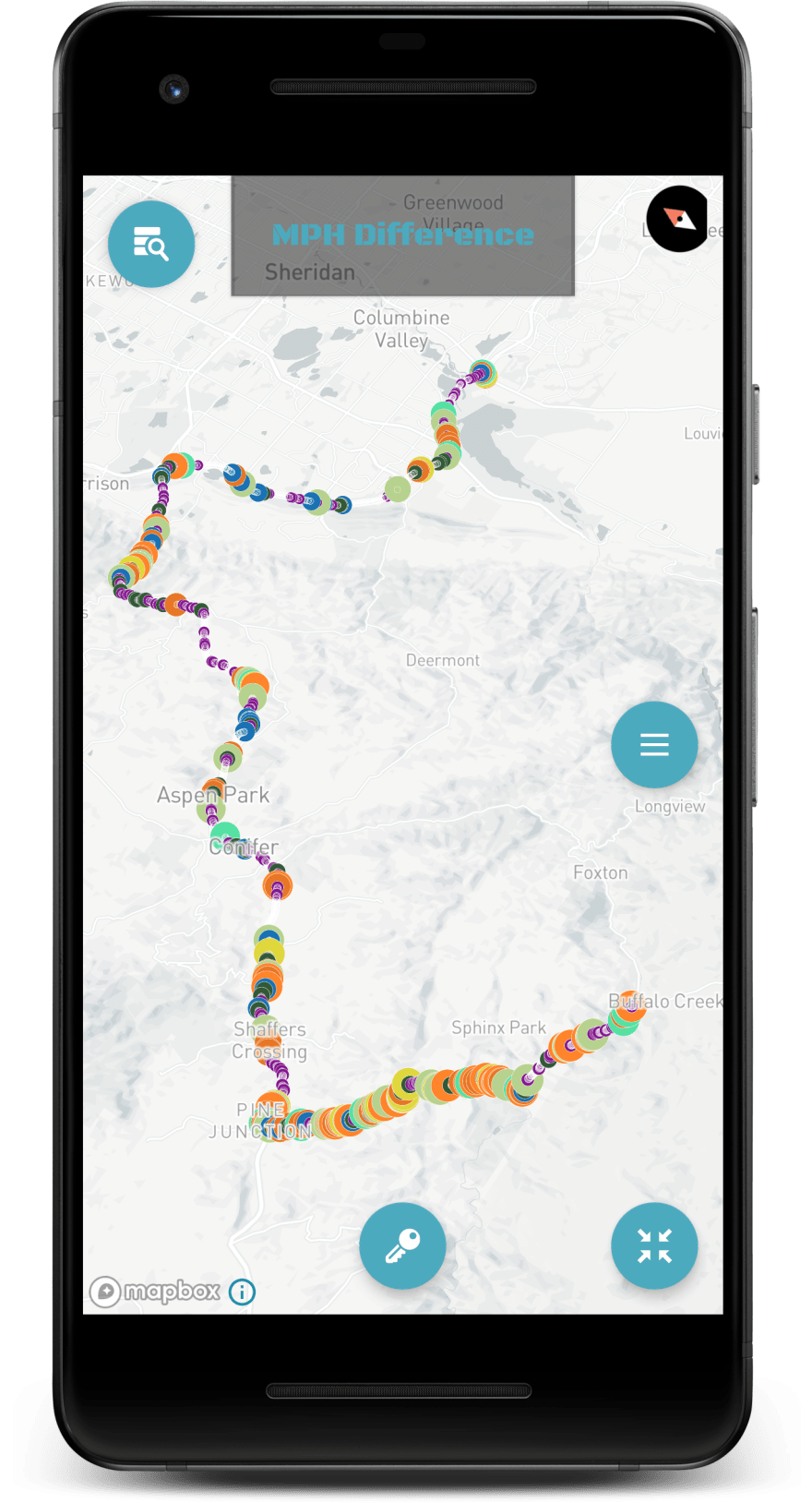 The idea is to have one app that just does data recording, and another app that does all the data analysis and viewing.

Two apps means I can focus on making both sides of the experience as cool as possible without them running into each other. There's a webapp and plans for more desktop tools as well. It means your driving coach or crew chief could learn from it as well by logging into the app if you’re a more established driver/rider.

Going from a working app in beta to a fully functional product has been a challenge. As it gets closer to that point I find myself needing to write more and more. A polished product needs help with decent readable copy writing on the website, and writing it is part of developing the app.

I need to practice writing and conveying these ideas. I used to write on Medium until their paywall changed the value I was getting from the site, I don't want my words behind a paywall so Medium and I have gone our separate ways. I've been hanging around here on Dev.to for a solid few months, I like it here so I thought I'd say hi 👋

What can you expect to see from me? I've always wanted to make one of those developer blogs that just talks about random different things during development. Hopefully that's what this will be if I can make it interesting to read, that's really the challenge.

I have a few things on Medium still that deserve a better home or to be rewritten so maybe I'll move them over here before Medium is gone for good.

I'm midway through on a full redesign/rebuild/re-everything for my marketing and help website and the web app after that. I'm writing about it to kick things off so that's what you can expect from me soon.

Well, this is me. Say hi share what you’re working on if you want to and smash the follow button 👍

Laravel: Use Increment IDs , UUIDs, ULIDs as primary key or optional field for the Eloquent model

Once suspended, joshuawilluhn will not be able to comment or publish posts until their suspension is removed.

Once unsuspended, joshuawilluhn will be able to comment and publish posts again.

Once unpublished, all posts by joshuawilluhn will become hidden and only accessible to themselves.

If joshuawilluhn is not suspended, they can still re-publish their posts from their dashboard.

Once unpublished, this post will become invisible to the public and only accessible to Joshua Willuhn.

Thanks for keeping DEV Community 👩‍💻👨‍💻 safe. Here is what you can do to flag joshuawilluhn:

Unflagging joshuawilluhn will restore default visibility to their posts.