what is edge detection?

Edge detection is an image processing technique for finding the boundaries of objects within images. It works by detecting discontinuities in brightness.

where edge detection is used?

Edge detection is used for image segmentation and data extraction in areas such as image processing, computer vision, and* machine vision*, so knowing how to do it will eventually pay you off.

There are several edge detection algorithms and different libraries supporting it but in this tutorial, I'm going to show you how to do it using OpenCV using the Canny algorithm.

For window just use normal

Once we have installed now we ready to go to detecting edges with python using Canny algorithms.

we are going to use the OpenCV method imread() to load an image from the file, use Canny() *to detect the edges, and then finally visualizing the images before detection and after using Matplotlib*

To read an image from a file using the imread() method you need to provide two-parameter, one is for the path to our raw image, and the next one is a mode of reading which can either by GRAY, RGB, HSV, HSL, and etc.

Canny algorithms usually work well when the image is in grayscale, there is a shortcut in OpenCV to open an image in a grayscale mode which is done by putting 0 on the mode of reading.

The intensity gradient of a pixel is greater than the higher threshold, it will be added as an edge pixel in the output image otherwise it will be rejected completely.

Finalizing our code and Visualizing it with Matplotlib

Let's detect the edges in the below sample case image road.jpg 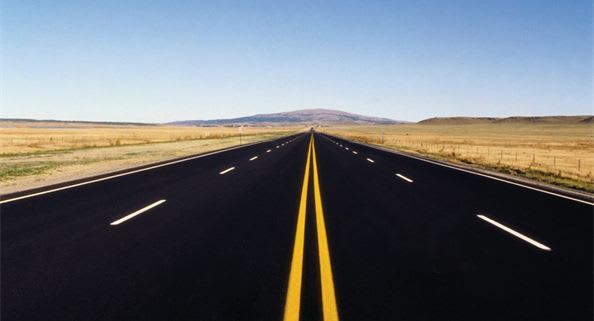 Using the knowledge we just learned above, I have bundled everything together to come up with below final code below, when you run it, it will load an image, perform detection and display it using Matplotlib.

Once executed it will render a picture with edges just as shown in the picture below;

🎉🎉🎉 Congratulations you have just learned how to detect edges in python, you should be proud of yourself, Tweet now to share this good news with your fellow developers.

Also in case of anything, drop it in the comment box below and I will get back to you ASAP

A python script for image detection based on canny algorithms

Once suspended, kalebu will not be able to comment or publish posts until their suspension is removed.

Once unsuspended, kalebu will be able to comment and publish posts again.

Once unpublished, all posts by kalebu will become hidden and only accessible to themselves.

If kalebu is not suspended, they can still re-publish their posts from their dashboard.