I've spent many years in the test automation world and there's one thing that sticks out to me: It's a wonderfully terrible thing.

It's wonderful in that it solves a very important need. Good automation can save immense amounts of time over the long run and catch bugs that would have made it to production.

It's terrible in that it gets used in the wrong ways, done for the very questionable reasons, and poor implementations can be a real maintainability nightmare.

But before I get to that, let's step back...

Truthfully, test automation is a lot of things. There are a multitude of programs and tools surrounding it, not to mention the various ideologies about automated testing in general (e.g., Test-driven Development vs. Behavior-driven Development).

All of these are important to know about, and can provide as much or more value than UI testing. So why focus on UI testing? 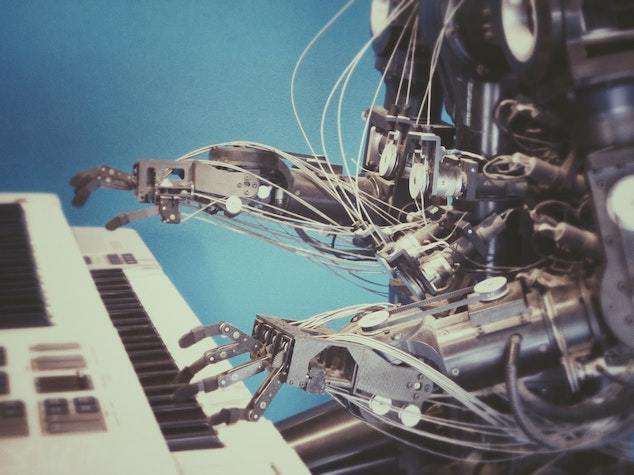 Truthfully, we're doing tons of UI testing. Every time someone loads up a website, they're testing the UI. When they click that button, does it make that thing happen? When I use my mobile device, does the site fit on my small screen?

If you have a site in production, every user is testing your UI. Hopefully for them (and you), they're not the first ones to try it out.

UI testing is constantly being done, just in a very labor-intensive way. Front-end developers working on the code will spend half of their day in the browser manually testing if their changes worked. If they're testing in an older browser, it will be 3/4ths of their day.

UI testing is the simple (hah) task of validating that the code written for the browser, actually works in that browser, along with all the other components that went into that webpage.

UI test automation is a way to convert those manual mouse clicks and keystrokes into coded scripts that we can run on a regular basis.

I've alluded to this before, but it's worth repeating. Here are some of the many real-world benefits of automated UI testing:

These are just a few ways test automation can help. I skipped over many other benefits for the sake of time, but there's one I omitted on purpose. Many folks claim that UI tests allow you to have fewer developers/testers. While that could be an outcome of automation, I don't think it's a valuable argument.

In all the scenarios above, having an extra human around wouldn't have necessarily helped. That's because human's have blind spots, and many of them are the same. Teams have collective blindspots and that's difficult to get around. We naturally tend to focus on what's in front of us, forgetting about realities outside our own influence.

UI testing isn't about replacing humans, but rather augmenting their abilities. We use automation to shore up our limitations, allowing us to focus on our strengths.

Developers waste their time testing on hundreds of different devices, when they could instead let a computer do that part of the work. Your QA team wastes its time running through the same test scenario week after week, when instead they could be thinking of new and undiscovered test cases.

UI automation isn't about replacing humans with machines, but rather giving us more freedom to work better than machines.

And let's not forget, UI testing requires a fair amount of work. It's not magic (although it's okay to convince management it is). This brings me to an important consideration...

There Are Always Drawbacks

How long do you think it takes to get a set of automated tests up and running? A week... maybe two?

Sure, if all you want to do is test that a page loads properly.

But websites are incredibly complex — the number of features we jam on a page grows each day.

Consider a "simple" homepage. Here are some things you'll want to test on it:

Okay, I'll stop there. Hopefully you get my point that there's a lot to test even on a single page. A basic script that loads a page doesn't provide much reassurance.

So if you want to test all your functionality on all your pages, you're going to have to write a lot of code.

Covering all of that ground takes time. Time that could be spent on other, possibly more important, tasks.

And as you're writing test after test, the website your testing is going to keep changing. New features and fixes will be continuously introduced. The same feature will be tweaked again and again, causing your once-solid test suite to mysteriously start failing.

When the glorious day comes and you're "done" writing tests, you still have to maintain them. Now, there are ways to write tests to make them more maintainable, and we'll cover that throughout the examples, but there's no such thing as a future-proof test. You're always going to need to update it.

While you'll breeze through some parts of test writing, expect to sink 80% of your time figuring out how to test that special 20% of your site's functionality. There are many areas of writing tests that aren't trivial. It's not as simple as calling the command to fill out a textbox and click the submit button.

You'll need to work with databases, integrate with third-party services and see if you can get commands to work in browsers with poor automation support. You're also going to run into instances where the way the website was coded just doesn't jibe with test automation.

Animations are a good example of that. How do you test that an animation works? You can fairly easily check the properties before and after an animation, but what about everything in between those two states?

Honestly, you'd need to do a screen recording of every frame of the animation, and compare that screen recording to a previous run to see if they match. I don't know about you, but that doesn't sound easy to me.

If you find yourself facing a complex site that would require major work to test properly, there are other options to gain some value without too much effort.

Instead of testing a fully working site, you may want to create a variation of your site that represents portions of the real thing. For example, pattern libraries are a popular option out there, especially for larger websites.

In case you're not familiar with them, pattern libraries are essentially living demos of the components that make up a website's interface. Mailchimp has a public pattern library if you'd like to see one in action (https://ux.mailchimp.com/patterns).

For instance, a pattern library may contain standalone versions of the following:

Pattern libraries are very helpful for teams, to document how the website should look and act. If you're tasked with adding a sortable table to your companies site, having a pattern library with a living example of one makes the job simple.

They're also useful for testers, as it gives us testable examples of individual components isolated from the complexity of the full website.

Hopefully I haven't scared you away from UI test automation entirely. I only wanted to get you thinking about the whole picture.

And that picture should include saying, "Maybe we shouldn't write test automation for that... at least not yet."

Business is booming and your team is tasked with a brand-new feature idea that management thinks the customer will love. While it's tempting to say, "Yes, and let's write tests to go side-by-side with this new feature," it might not be the right time.

This brand-new feature has never seen the light of day, and the second a customer sees it there's going to be something they don't like about it. If a decision is made to rework the concept based on customer feedback, all those tests you've written become useless.

There's no point in writing a test if you haven't user-tested your site. So before you spend time writing assertions, ensure the assumptions about the user interactions are initially put to the test.

You're not paid to write tests; tests only serve the application they're testing. If an app is useless, tests won't help.

If you're working on a side project for a tool that no one uses, spending time writing tests takes away from time spent on more important tasks, like getting people to use your work.

Users don't care whether you have good unit tests. There's no difference between an unused tool and an unused unit tested tool.

Let yourself have untested code. Worry about that problem when it actually becomes one.

Tests Are Only Valuable When You Use Them

Don't write more tests when you're not using the ones you already have.

If you have 500 UI tests, but never put in the time to integrate them in your build and deployment process, you have 500 useless tests. Writing 500 more won't help.

Your tests should run on every code push. They should run before every deploy. Every developer on the team should see that the tests passed or failed.

If that's not true, you shouldn't be writing more tests, you should be taking advantage of the tests you already have.

Parts of the Site Might be Better Tested by People

Remember when I said tests shouldn't replace people, but rather augment their abilities. Well, in the scenario of testing an animation, we were stuck with a really complex solution. What if we just went with manual visual validation of the effect?

It's okay to have some parts of your site that are too complex for automation. Grab that low-hanging fruit and leave the stuff higher in the tree for a later time when you have a ladder.

Are Tests Worth It Then?

I've outlined the benefits and drawbacks of test automation, including reasons to entirely skip some of it.

So how do you ensure you're getting more benefits than drawbacks? Focus on these two goals:

It's really easy to get caught up in automation, trying to cover every nook and cranny of the site. But if a feature of your site doesn't provide much value, how much less value would a test for that feature be?

The site login component breaking... that's bad. The site's About page having a typo... not such a big deal. Sure, we'd want to fix it, but it (hopefully) won't cost the company a lot of money.

By focusing on gaining and selling that value, you can keep yourself honest in your test writing, and focus on what's important: having a site that's running smoothly and providing value to the user.

Learn a Better Way To Test

In fact, this was just a short excerpt from The Web App Testing Guidebook. In the book, I cover what WebdriverIO can do and how you'll be using it day-to-day. I've built the examples around real-world scenarios that demonstrate how you would actually set things up. It's not just "what", but also "how to get there" with reasoning around every decision. Grab a copy today at LeanPub!

Kevin Lamping
Front-end Engineer and Tester. I have a course at https://learn.webdriver.io and I do free coding tutorials at https://www.youtube.com/user/medigerati/
Not All Tests Are Equal
#testing #programming #webdev
25 Projects That Changed the JavaScript Landscape over the 2010s (25-21)
#javascript #webdev
Here, There be Documentation
#productivity #webdev #agile #codequality