I'm using a Razer Blade 15 2018. It has 16gb of RAM, which is a must for me as a developer. I want to have at least 3 or 4 browsers open with a ton of tabs. Visual Studio Code with a ton of running extension can get pretty heavy pretty fast. The Blade also has a non-glare display. This is the one thing I don't understand about Macbook's. In the sun, it is a mirror where you can't see anything but yourself 🤷‍♀️.

The question is now, do you need such an expensive laptop? No! Right now, you can get super laptops that are good enough for 500 euros/us dollars. Just look for an AMD one with a Ryzen 5 or 7. 8gb should also be enough if you look that you don't open too many tabs.

Let's start to setup up our new laptop.

The first thing I do is to install a clean version of Windows 10. Maybe your lucky, and you get a non-bloatware Windows 10 🥳.

Now connect to the internet and update windows to the latest version. Enable the integrated anti-virus and firewall. They are reliable and usually enough these days.

You can skip this part if WSL2 is released into stable windows!

This is how it should look: 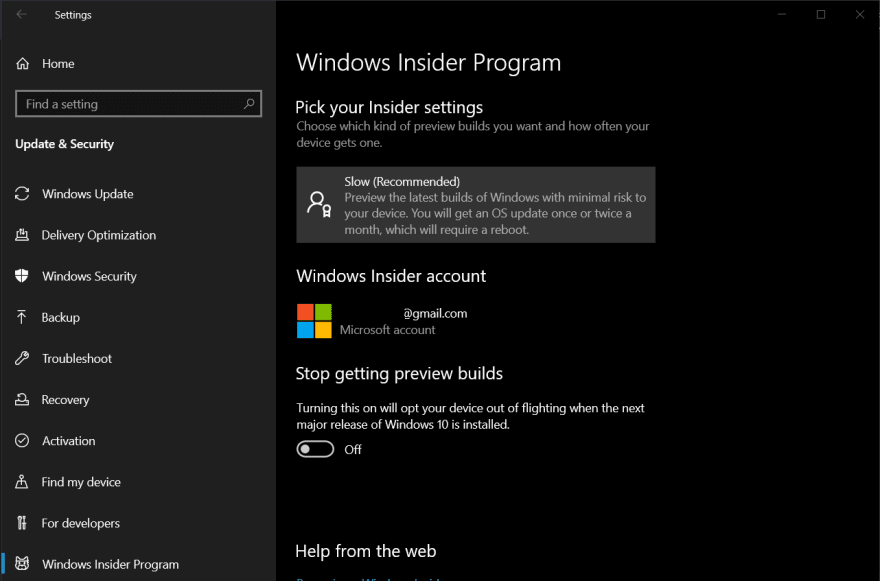 Scoop is a command-line installer for Windows. It installs programs from the command line with a minimal amount of friction.

It is pretty easy to install.

Now you can simply type:

If you now see a man page with many commands, you know that it installed successfully.

Scoop comes with buckets. Buckets are collections of installable applications or fonts.

We need to add 2 extra buckets.

We need to update the buckets. We do this with:

We can finally start to install new software without even opening IE.

Let's start with 7-Zip and Git. These are needed for installing other tools with scoop

I also like to Insomnia. Insomnia is a REST Client

VLC is also something you usually need

That is enough for now!

you can check the installed applications with

If you want to check what app is out of date, you can run the following commands

If you want to update more then one app, you can simply run

Keep in mind that this is not the same as scoop update. You need to run scoop update first to update applications.

Open the Windows Store and search for "Ubuntu". As of writing this blog post, there are 3 versions "Ubuntu", "Ubuntu 18.04 LTS" and "Ubuntu 16.04 LTS". If you know that there are no restrictions, you can simply Install "Ubuntu".

After you have installed "Ubuntu". You can open the Windows Terminal, and in the tab bar, click on the arrow pointing down. Click on Ubuntu and, if needed, do the setup. Now you should have a running Ubuntu on your Windows machine! 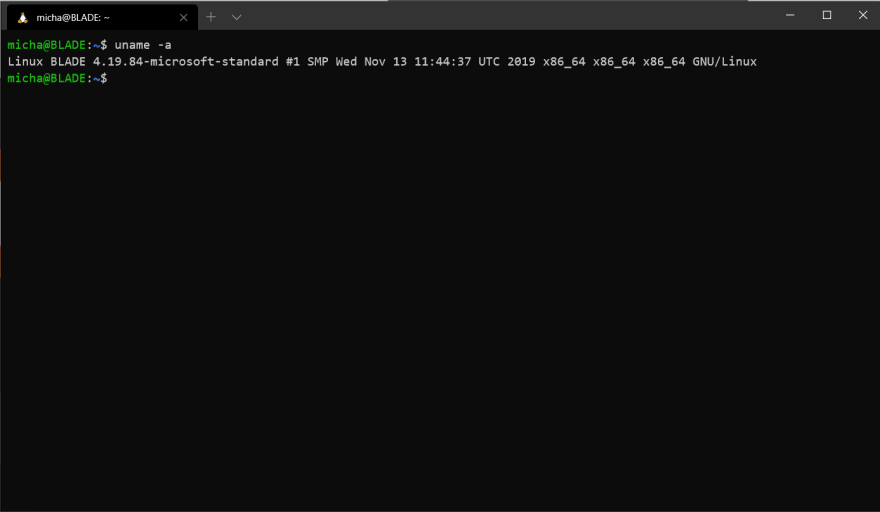 Now type the following commands in the open Ubuntu Terminal.

Now that we have docker install, we also need to start the service!

Testing if Docker is working now

Next nodejs 13.X(the current version as of publishing this post)

Since git is already preinstalled on Ubuntu, we don't need to install it.
We only need to set the name and E-Mail.

I have released a small series about Visual Studio Code.
You can find it HERE

My Setup since then has not changed.

I hope you enjoyed it!

If you liked this blog post, please give it a like, and if you really liked it I would appreciate a follow either on dev.to or on any of the following social media accounts. 👇👇👇

Once suspended, lampewebdev will not be able to comment or publish posts until their suspension is removed.

Once unsuspended, lampewebdev will be able to comment and publish posts again.

Once unpublished, all posts by lampewebdev will become hidden and only accessible to themselves.

If lampewebdev is not suspended, they can still re-publish their posts from their dashboard.