We will begin with importing the OpenTK dll files into our source.

Update the core.clj with the following code:

In the above code we just added the relative path of OpenTK.dll, a .net assembly wrapper for OpenGL.

The we import the necessary drawing and input libs and classes.

Once the necessary classes are imported we will begin with creating an instance of GameWindow class and àssigning a cornflower blue color to the background.

Important thing to note in the above is (.SwapBuffers game) because OpenGl is double buffered so while one buffer is showing on the screen other can be used to be drawn to.

Once a drawing action has been accomplished we need to instruct the Graphics card to swap the visible buffer with the buffer drawn to this makes the new buffer visible and hides the previous one. Double buffering is essential in creating the illusion of animation by drawing to alternate buffers and swapping them.

Also (.Run game 30.0) is essentially telling OpenGL to refresh the screen at 30 FPS (30 Frames per second)

And then run it using :

This should result in a sunflower blue coloured window: 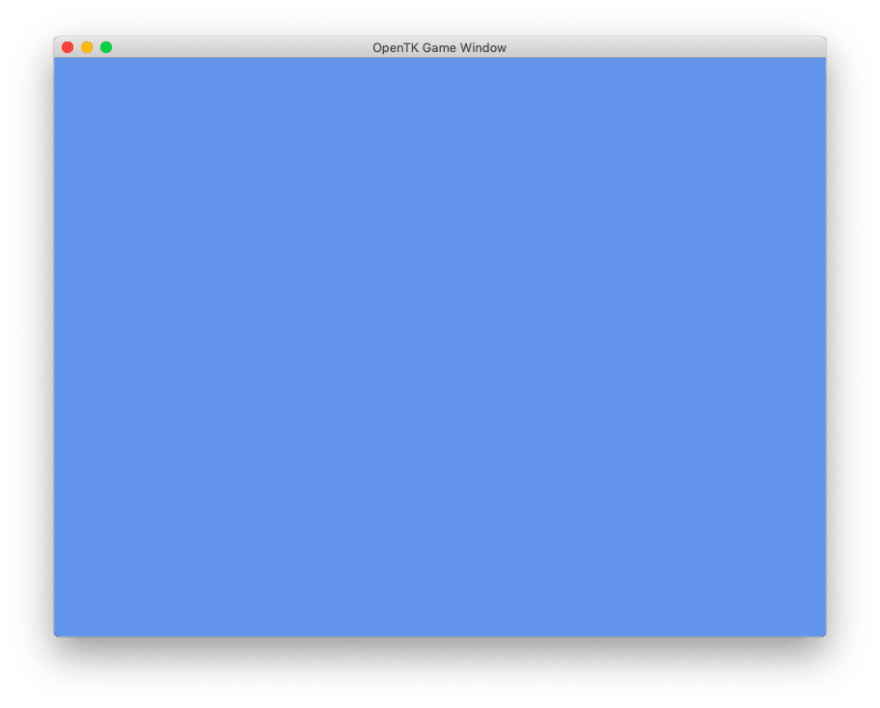 So now we have a simple OpenGL Window Running, but it doesnt handle any inputs as of yet. In the next series lets implement ways to handle keyboard input to close the window.

Once suspended, metacritical will not be able to comment or publish posts until their suspension is removed.

Once unsuspended, metacritical will be able to comment and publish posts again.

Once unpublished, all posts by metacritical will become hidden and only accessible to themselves.

If metacritical is not suspended, they can still re-publish their posts from their dashboard.

Once unpublished, this post will become invisible to the public and only accessible to Pankaj Doharey.

Thanks for keeping DEV Community 👩‍💻👨‍💻 safe. Here is what you can do to flag metacritical:

Unflagging metacritical will restore default visibility to their posts.