For the first blog post of the decade I thought I'd talk a little bit about how I like to introduce students to version control ✨.

There isn't anything you can compare it to - you could say it's like 'saving' a file but let's be real, it's not really!

A fantastic and visual example of how GitHub works is Google Sheets version history feature. Go ahead and create a sheet, you could even name it repository to introduce the concept! 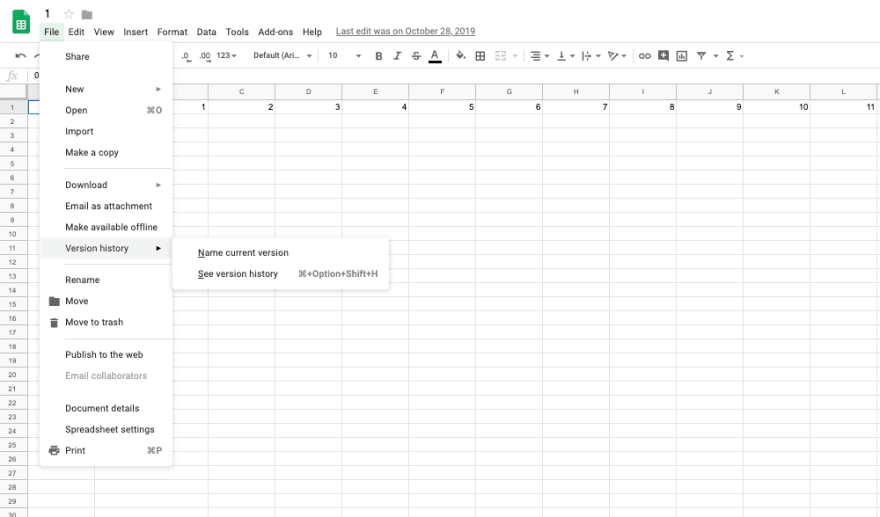 The version history has a list of all the changes that have been made by the user over time:

These are commits, you can click on them to view what the user changed and you can even revert back to that commit:

After running through this example, you can go back to GitHub in the browser and show the exact same process:

I would only introduce the idea of local and remote repositories after both these demos. Since you have just created a remote repository, the transition should be quite smooth. Simply clone or download the repository and continue working on it locally to convey the concept of a local repo.

Here are some common mistakes to avoid:

I hope this was helpful and let me know in the comments what topic you want me to cover next!

How to require another PropType if it's dependant on another?