Unit testing plays a vital role in the software development process, but how do we actually test our code?

In the following article I'll try to summarize and mention various techniques followed by .NET Developer using the NUnit library.

Testing against specific strings is not a robust way of testing strings, For example

👍 As a rule of thumb, testing strings is recommended to be more general than if it was too specific it would fail with every tiny change!

👍 Strings are all about format! so any method that can test the format for you is a viable testing method!

You can easily check the targeted format using string.format or $"{}" along with Assert.That(result,Is.EqualTo()), for example

You can also use the fellow methods to check if a string is enclosed between specific words or tags!

Regex is the god-level matching mechanism for strings! and fortunately, you can use it with NUnit to test your strings

1. Testing if an Array has any elements

❓How can you make sure if it has a certain count of elements?

2. Testing the count of a collection

🔘 It's also a general test case!

❓How can you make sure if it has a certain element?!

3. Testing if a collection contains X

🤕 It brings more headache due to the repetitive work!

⚡ Fortunately, there is another way to do just the same!

⁉️ What about the order of it's elements!

4. Testing the order of a collection

⁉️ And What about the uniqueness of its elements!

5. Testing the uniqueness of a collection's elements!

Like arrays, there are also many factors that you consider when testing a method or a function!

NUnit provides two different ways to test the return type of a method or a function.

Checks if an instance (object or value) is of a specific type and just that type. for example:

Checks if an instance (object or value) is of a specific type or one of its derivatives. for example:

🗒️ It also provides the non-generic version of both methods, that can be used along with typeof

Unfortunately, the only way to accomplish such a task is to preserve the state of the object being affected by that method. For example

Testing methods that throw an exception

NUnit provides a way to test if a method throws a specific exception and no matter it's a built-in exception or custom exception you can always test it!

But... you cannot just call your method in a normal way and expecting the Assert to detect that exception rather you've to call it as a delegate within the Assert.That method.

If you notice, I've used the Throws.ArgumentNullException property to assert the result and that is a built-in exception.

❓What about the Custom Exceptions?

💬 Well, you can use the Throws.Exception.TypeOf<>() method just for that!

Testing methods that raise an event

Testing events is nothing more than testing if it was raised for a specific scenario or not, so what we gonna really need is a simple indicator to answer our question. For Example

Here, our event will send an argument which is Guid.NewGuid() which we can assume to be the indicator that will tell us if it was raised or not.

⁉️ How to test the private or protected methods?

💭 You shouldn't test private methods! we are only testing the API of a class (aka public members)

❔ Does it mean that we should test against Interfaces? 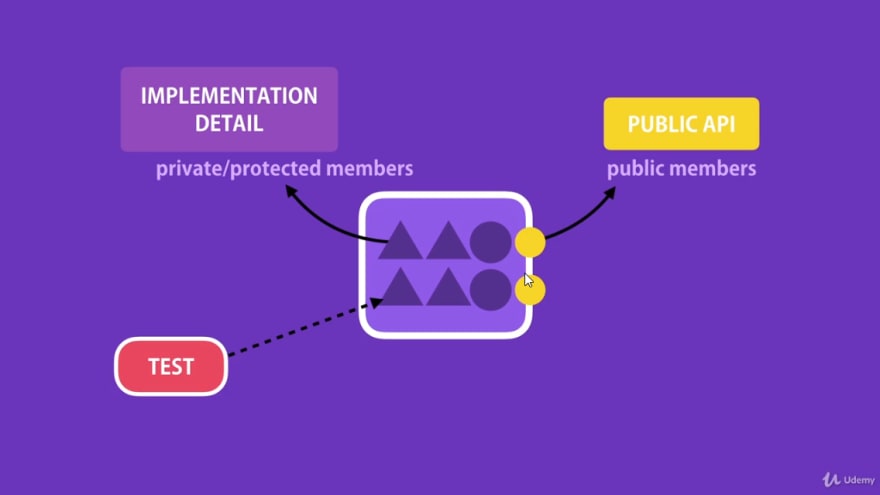 ⁉️ How do we know if we have enough tests?

Well, you can make use of a code coverage tool that is mainly were designed to

Standard Naming Convention for UI Elements to Use with Selenium Locators

Once suspended, mobenali will not be able to comment or publish posts until their suspension is removed.

Once unsuspended, mobenali will be able to comment and publish posts again.

Once unpublished, all posts by mobenali will become hidden and only accessible to themselves.

If mobenali is not suspended, they can still re-publish their posts from their dashboard.

Once unpublished, this post will become invisible to the public and only accessible to Mohamed Halawa.

Thanks for keeping DEV Community 👩‍💻👨‍💻 safe. Here is what you can do to flag mobenali:

Unflagging mobenali will restore default visibility to their posts.