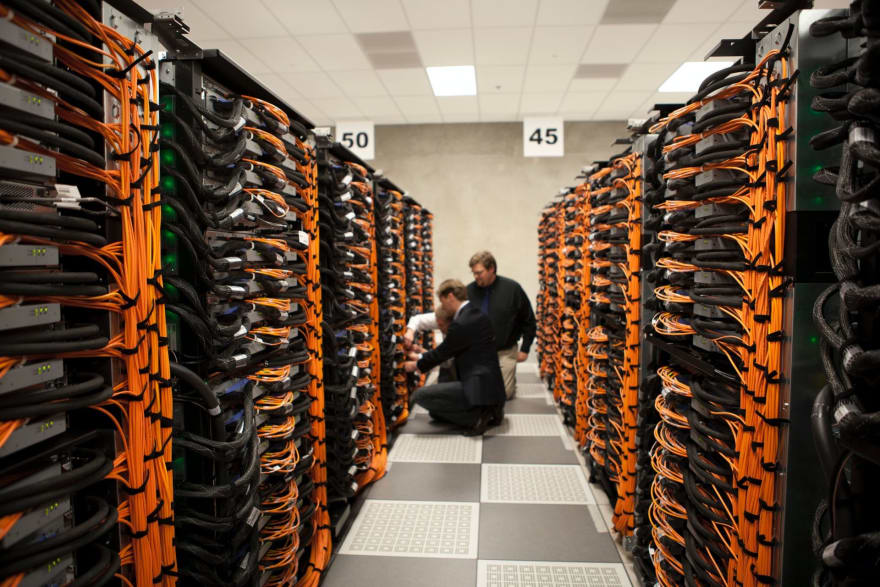 It has now been well over two years since my Hetzner Cloud Review and I thought it was time to post an updated one. I am still a happy customer at Hetzner. There has been quite a few updates since then. Hetzner Cloud now has an even nicer interface, block storage, private networks, dedicated CPU offerings and a brand new server line with AMD EPYC processors. They also have a data center in Finland now.

If you want to give Hetzner a try then feel free to use my referral code to get €20 in credit to use for servers.

Back in 2018 Hetzner Cloud was in my humble opinion the best value VPS provider out there. I believe that this might still be true today. There are a couple of providers now which come close price wise but overall I still think Hetzner is #1.

My current main VPS is a CX21 with 2 CPU cores, 8GB RAM and 80GB of NVM disk. It is running quite a few things and has been chugging along now for a long time. I've had no serious downtime and only a couple of reboots here and there. Overall it has been rock solid and performance has been excellent. One of the fears of 2018 was that since Hetzner Cloud was new it would quickly get oversold and slow down considerably. I'm happy to say that this is not the case and there has been no evidence of any noisy neighbours on any of my servers.

I like to compare things to DigitalOcean since they are really the servers to beat. They are simple, have great features and lots of goodies like Block storage, Hosted databases, and managed Kubernetes.

Let's compare the cheapest servers available to get started. I ran a couple of quick Geekbench 5 benchmarks to gauge the performance of each server as well.

So what are we looking at here? With Hetzner you get twice the RAM, 20 times the transfer, slightly lower clock speed at almost half the price of the Digital Ocean droplet. Now, DigitalOcean has a lot more to offer like different kind of server types, managed databases, object storage, load balancers and so on. Hetzner only has their servers, block storage and private networking. However, it is bang-for-buck unquestionable that Hetzners offering remains exceptionally good.

Hetzner has a new kind of VPS with AMD EPYC CPUs. These are brand new and became available in early 2020. These are essentially "souped up" versions of the other servers. Each of the previous servers has an EPYC counterpart. For example, here is a comparison between the CX31 and its EPYC sibling the CPX31. I also added a similar DigitalOcean droplet for comparison.

So what you get is twice the CPU cores and twice the disk space for less than 50% additional money. The performance per core seem to be lower on the EPYC architecture however. I did one final benchmark to compare the CPX31 to the next level of Skylake VPS:

So what we are looking at here is about 30% more money for 15% additional multi core performance and twice the RAM. This looks like a great upgrade path to me when you do run out of RAM on your EPYC server.

What about other alternatives then? DigitalOcean is not the only VPS provider out there. I did a couple of other comparisons to popular VPS platforms:

Hetzner is about half the price of DigitalOcean while performance remains excellent.

So we have established that the price/performance ratio of the Hetzner VPS offering is superior to popular platforms such as DigitalOcean, but that is not an entirely fair comparison. DigitalOcean has a lot more to offer than just "bare metal" virtual servers. If you bear with me here we are going to do one final table to compare features:

DigitalOcean also offers flexible server plans with better CPU or more RAM and such. They also have managed databases as well as Kubernetes. In my opinion the most important part is that DigitalOcean offers deployment on other continents than Europe. If you choose Hetzner you can either deploy your servers in Germany or Finland. On DigitalOcean you have the option of New York, Amsterdam, San Francisco, Singapore, London, Frankfurt, Toronto and Bangalore.

I don't know what Hetzner is planning on doing in the future, but I don't think it is reasonable to expect them to introduce features like managed databases. Hetzner does have some managed servers but the vast majority of their services are "bare metal" servers. I wouldn't hold out for any kind of expansion into other continents either, especially not these days.

Hetzner Cloud remains a very competitive service when you need a "bare metal" VPS at the lowest possible price and you still get amazing performance. If you're ok with hosting your applications in Europe and you don't need anything fancy like managed Kubernetes then you simply cannot go wrong with Hetzner. I remain a happy customer myself and I see no reason at all to look elsewhere at this time.

Magnus Skog
I have been a software developer and systems architect for 10+ years with deep theoretical and practical knowledge. My ambition is to deliver solutions of high quality and architecture.
Automated morning music with Pipedream, Huginn, and Mailbrew
#productivity #webdev
My Ruby on Rails stack for side projects in 2021
#rails #ruby #webdev
Self-hosted tools for web development
#selfhosted #webdev

Once suspended, mskog will not be able to comment or publish posts until their suspension is removed.

Once unsuspended, mskog will be able to comment and publish posts again.

Once unpublished, all posts by mskog will become hidden and only accessible to themselves.

If mskog is not suspended, they can still re-publish their posts from their dashboard.

Once unpublished, this post will become invisible to the public and only accessible to Magnus Skog.

Thanks for keeping DEV Community 👩‍💻👨‍💻 safe. Here is what you can do to flag mskog:

Unflagging mskog will restore default visibility to their posts.