This is the first post in a series where I explain how to build a react progressive web application that targets specific devices constraints:

tl;dr; the idea is to incrementally start serving particular experiences for each device (i.e: Mobile / Desktop) in the lazy programming way.

In this post, I’ll give a background about the problem to be solved and the first attempt to do it. Although, the post will talk about a concrete feature, I won’t be showing too much code, the following posts will have working examples.

As every developer knows, problems are created by the product team.

We’ve started having UI requirements that were too specific for each device. Some of these often involved using libraries which only target that device (e.g.: drag & drop capabilities were only needed on desktop, not mobile).

Bundle size started to rise, code started to get dirty and differences between devices got worse and worse.

At the time, the PWA team was a small team (only ~5 devs), we just could fork the platform and treat each device as a particular development. In addition, we had a working product, we needed to make changes incrementally.

Although many teams may have this problem, the developed solution isn’t a silver bullet. It addressed our particular constraints and characteristics. In this post, my objective is to give some insights about the process of how that solution has been reached.

First of all, i’ll have to do a brief introduction about the stack in which the platform is developed.

The server code is transpiled with babel in order to re use react component to do server side rendering.

Backends are external microservices. The PWA’s server has a proxy in order to communicate with them.

As i’ve said before, the idea was to start optimizing the platform for each device.

We thought of three possible approaches:

We were using the Adaptative / Responsive approach which lead to some problems:

We want to reduce initial learning curve for developers (easy developer’s transition) and the long term maintaining effort. As far as the separate sites approach, we should fork the current codebase and maintain different codebases (a huge long term maintaining effort) or refactor the current codebase in order to extract all the common code and then fork (hard transition, as developers should understand how to write the common code in order to share it between forks). So, this approach was a no op.

We end up going for the *dynamic serving *approach. In order to do, we should resolve some problems:

The company already had a DeviceAtlas contract, so it was an easy choice. DeviceAtlas is a device detection solution for parsing User Agent strings in the web environment, so it was just what we needed.

The following problem was building device specific bundles without having to make huge changes on the way developer’s work. The idea was trying to resolve everything on compile time, so we don’t get any runtime penalties while also having a easy developer experience.

Ideally, a developer would write a component like this: 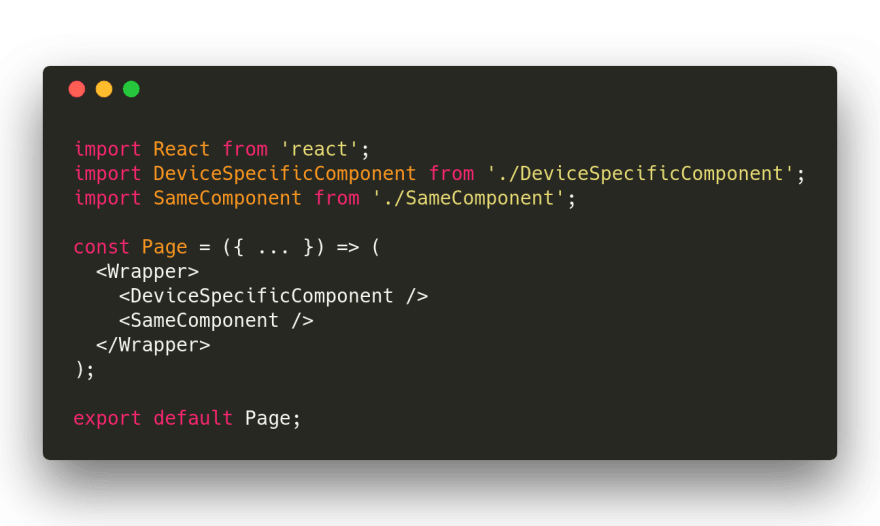 While having the following file structure: 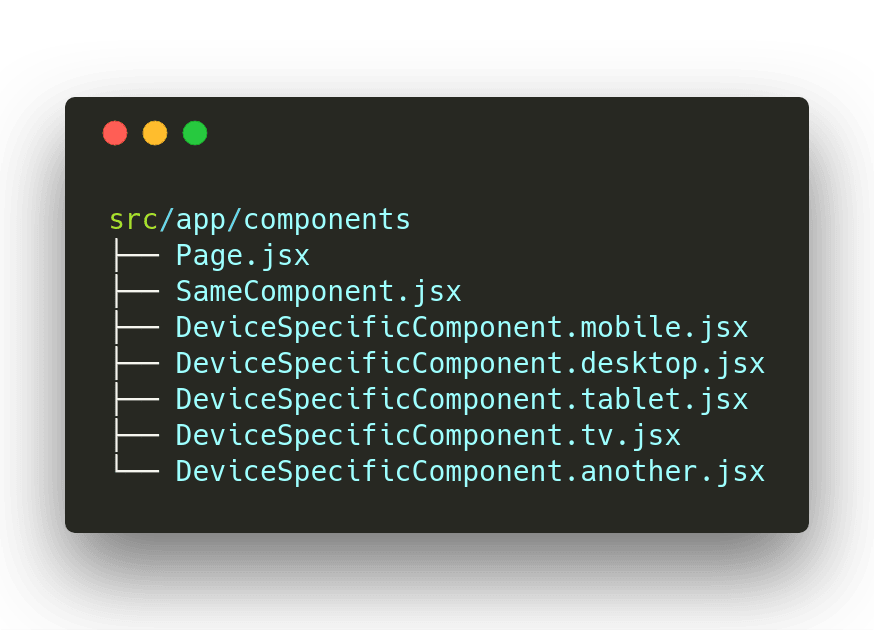 Luckily, Webpack has a plugin called NormalModuleReplacementPlugin which allows to change the resource resolution. But, in order to build a bundle for each device using this approach, it requires to make a compilation for each device. To address this issue, webpack has the multi-compiler feature. 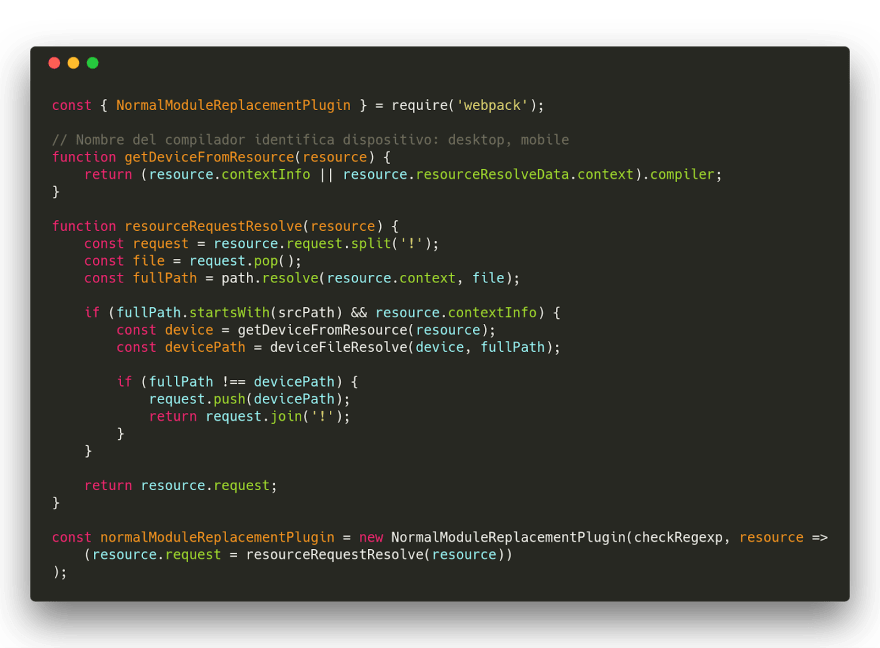 In the next post in this series, i will talk about how can all the boilerplate to implement this feature can be abstracted into a razzle plugin. There will be more concise examples with working code!

Once suspended, nickcis will not be able to comment or publish posts until their suspension is removed.

Once unsuspended, nickcis will be able to comment and publish posts again.

Once unpublished, all posts by nickcis will become hidden and only accessible to themselves.

If nickcis is not suspended, they can still re-publish their posts from their dashboard.

Once unpublished, this post will become invisible to the public and only accessible to Nicolas Cisco.

Thanks for keeping DEV Community 👩‍💻👨‍💻 safe. Here is what you can do to flag nickcis:

Unflagging nickcis will restore default visibility to their posts.