Nx is a smart, extensible build framework to help you architect, test, and build at any scale - integrating seamlessly with modern technologies and libraries while providing a robust CLI, computation caching, dependency management, and more.
If you aren't familiar with it, learn about Nx at nx.dev.

Folks that have been following along in our journey for quite some time know already that at Nx we strive for the best possible DX. The current terminal output was always something we haven't been super happy with, especially if you run some of the commands that trigger the execution of multiple tasks (e.g. affected commands, run-many etc). This is why we're even more excited about this feature: the new dynamic Nx terminal output is now the default for everyone. 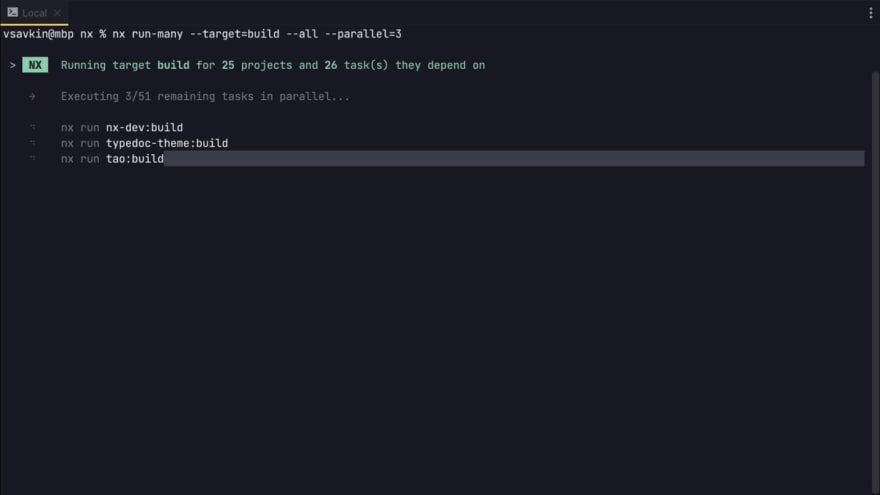 It only shows what is relevant:
- errors
- timings
- cache status

And it looks much nicer🦚 :)

It clearly separates the terminal output into an upper part where all the completed tasks and their corresponding execution time are listed and a lower part where the currently running tasks show up. Of course, errors are always shown immediately and therefore easy to spot.

Thanks to James Henry for working on this feature!

Nx keeps getting faster and faster 🚀

Performance is a feature, and we take it seriously with Nx. We landed a number of different performance improvements over the last couple of minor versions, ranging from optimizing how we store & restore our cache to improving the Nx workspace analysis and boot time. With v13.5 we've seen some Nx operations being

When running an Nx command there might potentially be many tasks running at different times, in parallel, and using different processes. Optimizing those runs or better understanding where things go wrong might be a hard and cumbersome process. Being able to visualize things usually helps.

That's why we introduced the ability to profile and visualize Nx commands in the Chrome Devtools. 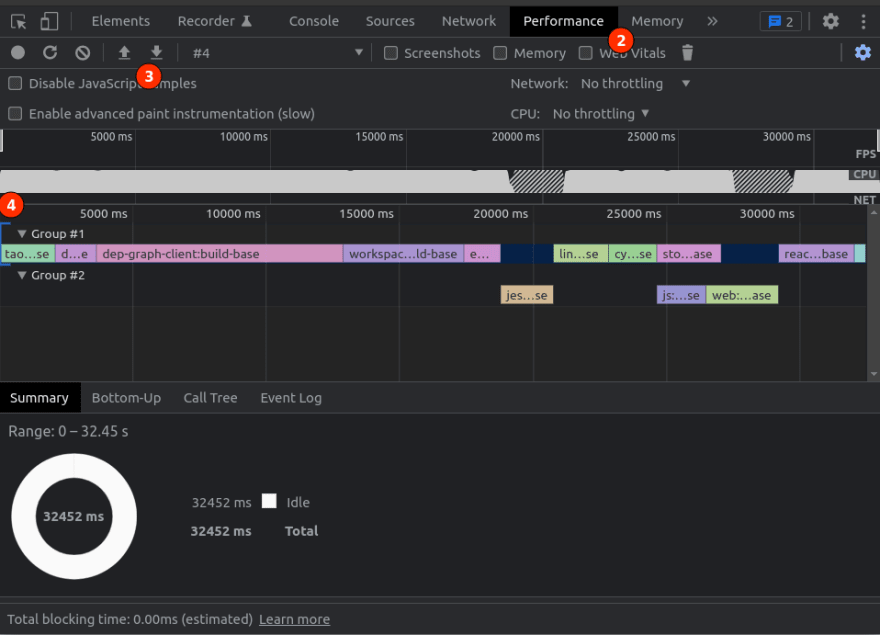 Use the NX_PROFILE=<filename> environment variable attached to your Nx CLI command:

It'll produce a JSON file which you can then open with Chrome's devtools. Read more about it on the Nx Docs.

Thanks Jason for working on this feature!

Whenever you set up React Native support within an Nx workspace, it should now automatically come with the react-native-config package installed. That allows you to have a .env file in the React Native app folder which can then be loaded from within your React Native application.
You can find all the details on the Nx docs.

Thanks Emily Xiong for implementing this!

Improvements to the Project Graph Visualization

The project graph is always a nice feature to show off in videos, talks, and blog posts. But if done naively, it just remains that. We always wanted it to be more than that. As your workspace grows, your project graph visualization should become more useful, rather than a mess to look at. This is why we kept adding features for filtering, zooming, highlighting, focusing on specific nodes, incrementally expanding the view by using the proximity feature and more.

In v13.5 we now also store the current filter status in the URL. That makes it easy to pinpoint a certain view and share it with a co-worker. Actually, this could just be the beginning of some more interesting features when we think about CI and visualizations 🤔. 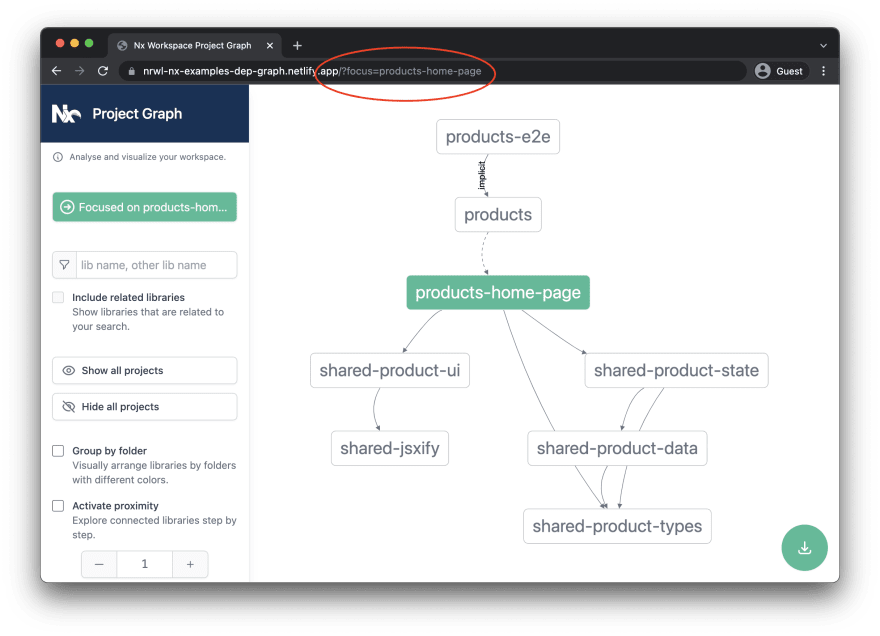 Here's our deployed live example of the above screenshot: https://nrwl-nx-examples-dep-graph.netlify.app/?focus=products-home-page

Thanks Philip Fulcher for adding this feature!

There's one more thing: As developers, we like to be as efficient as possible. We wanted to help by saving you some keystrokes. The project graph visualization can now be launched with

nx dep-graph is registered as an alias and will continue to work 🙂.

New improvements to our Angular plugin

There have been a number of improvements to our Angular plugin ( @nrwl/angular ) :

Getting started with contributing to open source – Real world example