OK its not what i was was designing BUT maybe I can live with it !

As you may have noticed todays 100% #unofficial #projectoftheday was to try and use a OCI OL7 instance to run a personal theia - a sort of IDE As A Service !

Well as you may have seen from previous post(s) its half done ! but I can only edit remote sourcecode however i have now just discovered :shock: SSH inside THEIA !

So the fact you CANT "create a new workspace" in theia can be solved by using a SSH terminal inside your SSH tunnel ! MINDBLOWING !

AND why shouldnt I edit my files in the cloud they are going to be hosted in (or is it 'on' ?) the cloud at the end of the day ? what advantage would i have if they WERE local ? (i mean i can even run grep on my remote sourcefiles via SSH in SSH) 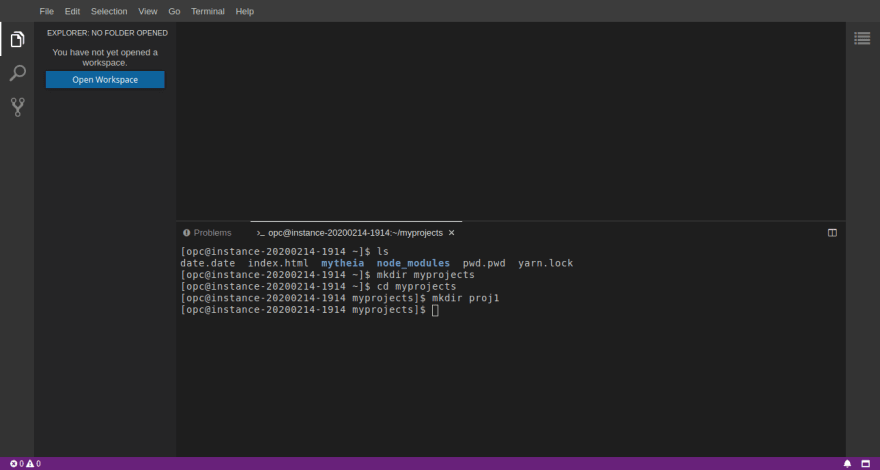 Are Your Unit Tests Correct?

React: How to create a custom progress bar component in 5 minutes