We know that developers like to believe that they are "left brain" people and that "designers" (often referring to the photoshop/sketch production artist) - are "right" brain.

How could a "coder" ever understand how to set some typography - and put a roundy corner on something...?

How could a "creative" ever understand the incredibly complex system of boxes that defines the layout on a web page? 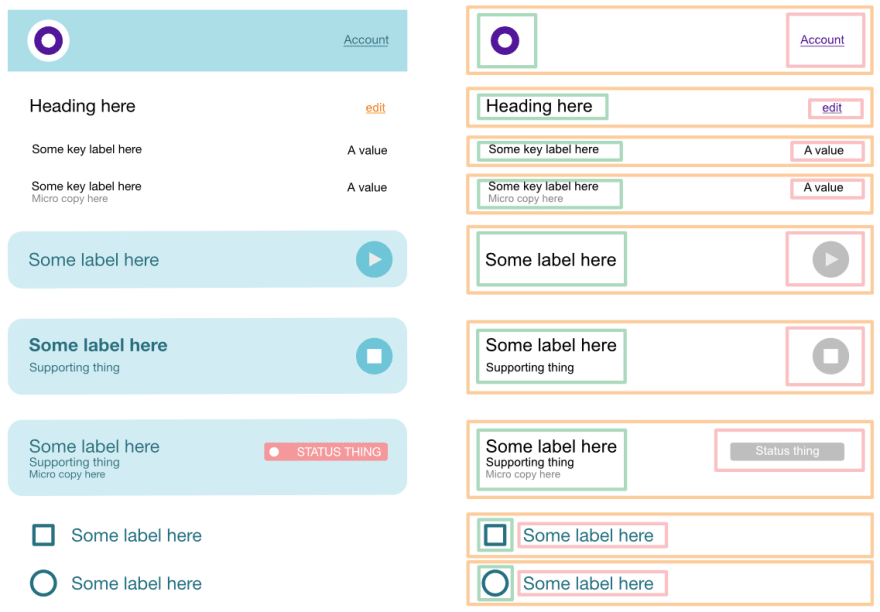 Well - they can. There's no such thing as "left brained" and "right brained" - and the truth is, that whatever you aren't good at - is because you haven't practiced it. So, - here's the secret:

It's a box - with two other boxes - inside of it. (almost always) (please feel free to argue with us on this)

Website/app headers, checkboxes, lists, - and whatever else... comes down to an solid understanding of flex-box basics.

Use the parent. Children shouldn't have to know anything about how they are positioned. Always set the position on the context. It's the parents job to organize things. (The child might have some preferences such as min max or flex-basis)

Don't give the child a whacky class like
.col12-2-tailwhat md-6 border-dark-wide yucky omg

From site-wide layout structure - to the tiniest little status flag - these are the things you should understand. Spend an hour. Get it over with / so you can focus on the things that are actually hard.

So, now that you know the secret to UI and front-end dev...

Consider learning real "Design." Then this coding stuff can help you build your designs.

Idea came from this Quora question:

What's your experience with TailwindCSS?

What animation libraries do you use?

Perpetual Education's flag-ship curriculum: Design for The Web: teaches a deep foundation to design and build web projects. Instead of forcing you into the mold of 'full-stack' or 'UX' - we create an environment where you can discover your passion.

Once suspended, perpetual_edu will not be able to comment or publish posts until their suspension is removed.

Once unsuspended, perpetual_edu will be able to comment and publish posts again.

Once unpublished, all posts by perpetual_edu will become hidden and only accessible to themselves.

If perpetual_edu is not suspended, they can still re-publish their posts from their dashboard.