React Europe 2019 concluded last week. I want to share my experience from the perspective of a first time visitor to Paris, and highlight some of the amazing talks, speakers and attendees that made this event so incredible for myself and my teammates from KendoReact.

For the 5th year in a row, React Europe has held a fantastic conference in Paris, France. My company (Progress Software) had an amazing time not only as a sponsor of the main conference event, but we also participated in the hackathon on Saturday. 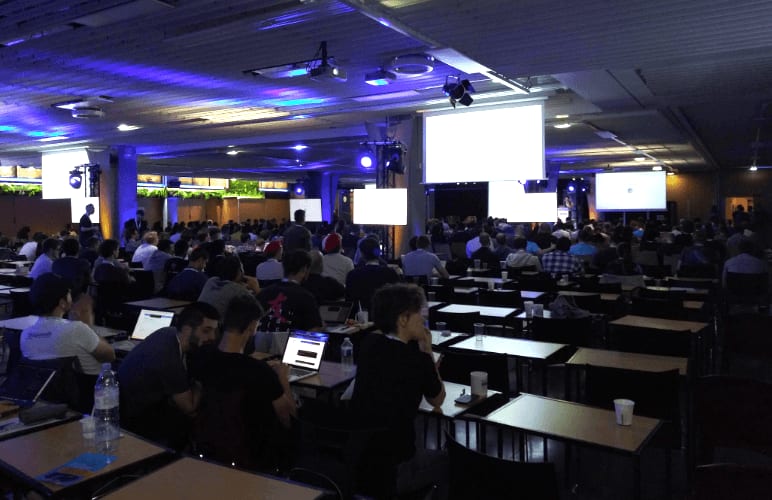 The event was held at the Espace Charenton event center in the Porte de Charenton area of Paris and drew around one thousand React developers from all over the world. 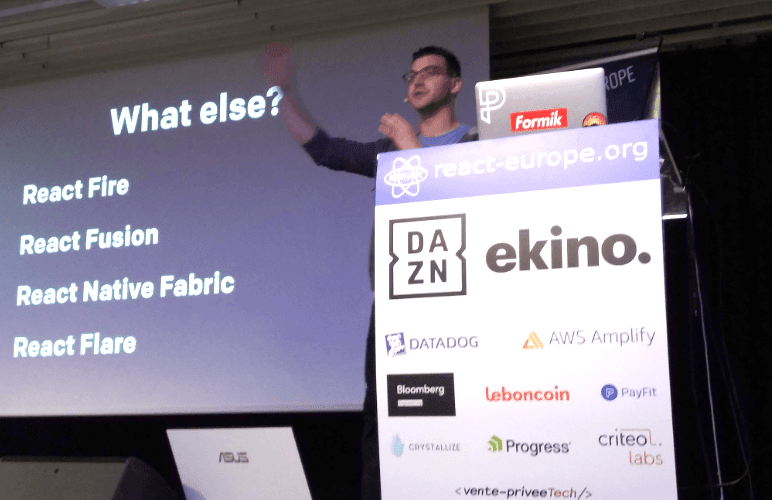 Host and emcee Jared Palmer led the conference with a really good message about embracing React, building new things, contributing to open source including ReactJS, writing understandable docs, welcoming newcomers to JavaScript and the community as a whole. If we don't give these people the room to grow and improve, they will find another community that does welcome them.

React has always been a growing and welcoming community, and we have to work extra hard to make sure that doesn't change. I felt Jared's keynote to be an inspiring way to open the conference, which ended up being one of the more intimate of the conferences I had been to as all of the speakers were super approachable. It was a very friendly vibe amongst the attendees and I never once encountered anything to the contrary. The coordinators were not only welcoming to me and my team as a new sponsor, but they went out of their way to show us a good time. I recommend this as one of the few must-attend and must-sponsor events if your team is thinking about going next year.

The food and catering throughout the event was top notch, french breakfasts and baguette sandwiches for lunch, and of course there is no shortage of amazing restaurants in Paris. 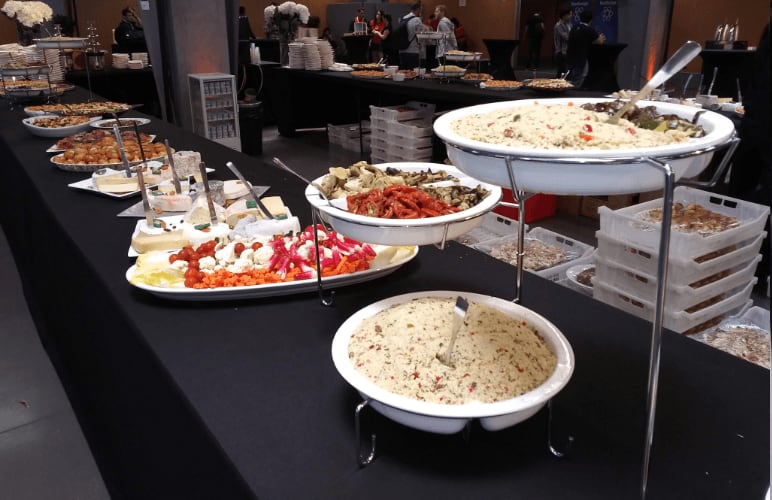 It doesn't hurt that React Europe is held in one of the most romantic and beautiful cities in the world. As a first time traveler (as was most of my group), we made some time to get around the city and take in the great landmarks and attractions. But the conference really was the shining light in this trip and I would like to quickly highlight some of my favorite talks and give you my experience as a first time attendee.

We heard from many amazing speakers at this event. Some of them were veterans of react Europe, like Lee Byron, who is the only speaker to have graced the React Europe stage every year since it began in 2015. Others included Michael Westrate, Ives van Hoorne, Brent Vatne, Josh Comeau.

As an avid viewer of the previous years talks, I noticed a lot of new faces that may not have been on the main stage before or had only been involved with lightning talks in the past years. I thought many had extremely amazing talks, including: Ankita Kulkarni, Charly POLY, Olga Petrova Ella van Durpe, and Alec Larson, Charles Mangwa, Lisa Gagarina and Tim Neutkens just to name a few. 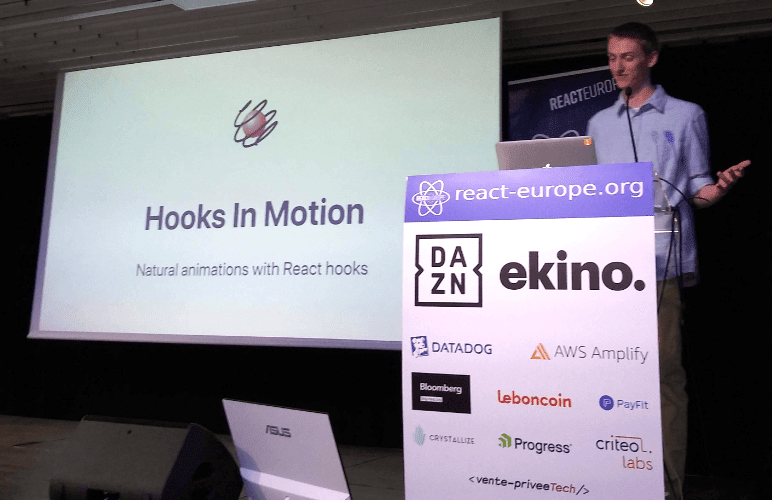 One of my favorite talks as a UI developer who loves animations and React Hooks was from Alec Larson (@alecdotbiz), you can check out his full talk "Hooks in Motion" about natural animations! 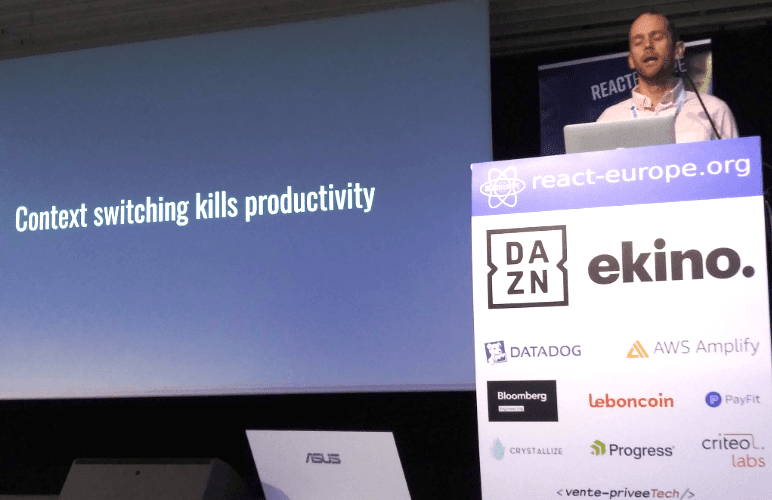 Another great talk that really resonated with me, and which is valuable for everyone no matter their skill level, was Paul Armstrong's "Move Fast With Confidence" talk. You can preview this already on the React Europe YouTube channel, and they are adding more and more talks every day from the conference, so you should go check them out now to see all of the amazing sessions that you might have missed or just want to watch again. I know I have been spending a lot of time in the past few days checking out the talks that I liked or maybe missed out on while I was there.

It's important as a conference to not simply progress with more advanced talks each year, but to always have something for those who are new to React or even the industry for that matter. This keeps the roster of speakers each year fresh and keeps form alienating newcomers to the React space by making sure there is something for everyone.

A few talks were what I feel to be a little on the advanced side (and this is OK), one example of which is Julien Verlaguet's talk on SKIP, the language recently open-sourced by Facebook. SKIP was a research project to explore language and runtime support for correct, efficient memoization-based caching and cache invalidation. Or I think he described it better when he said that it's a programming language built from the ground up with the ideas of React at its core, meaning that it deals with state in a similar way to React. You will need to watch the talk as it is a very interesting presentation.

I can't talk about everything that was presented on at the main stage, we would be here for hours, but it's all a great reason to go and check out day one and day two of the conference on YouTube, I'll put a list of all of the talks below so you can pick and choose and jump straight to the individual talks.

Currently there are only a few talks posted to the React Europe YouTube page. The full day's video was posted after the conference but was removed yesterday as each individual talk began to be posted. Below are the talks that have been uploaded. I will try to keep the article updated as new ones are posted each day, but it's a time intensive process and it may take a while for all of them to get posted.

This was held on the Saturday after the conference. We posed a KendoReact challenge, offering attendees the opportunity to win an Apple Watch by hacking a demo we put together where attendees built a travel booking site using our React components. 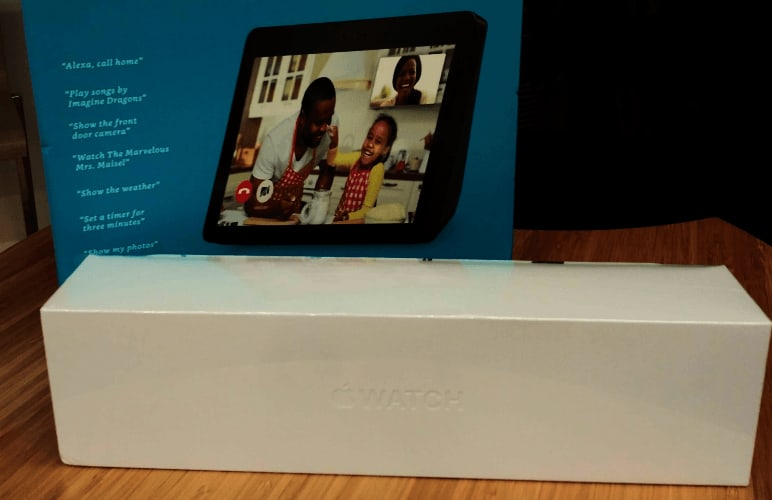 This event was attended by about 20 developers that stuck around an extra day to try their hand at our coding challenges. 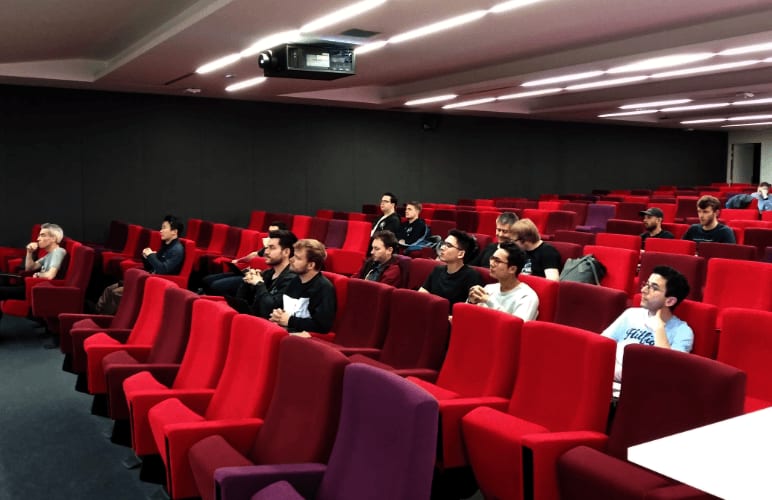 Everyone did such an amazing job that we decided to give three runners up KendoReact licenses as well! 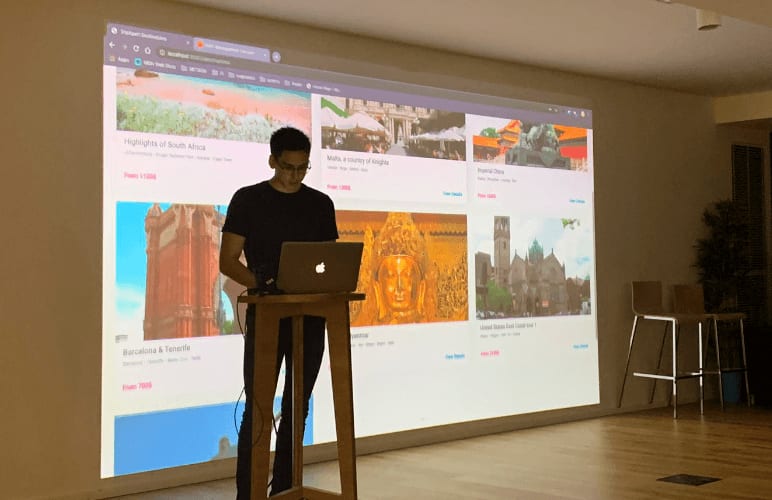 Once unpublished, this post will become invisible to the public and only accessible to Progress Telerik.

Thanks for keeping DEV Community 👩‍💻👨‍💻 safe. Here is what you can do to flag progresstelerik:

Unflagging progresstelerik will restore default visibility to their posts.