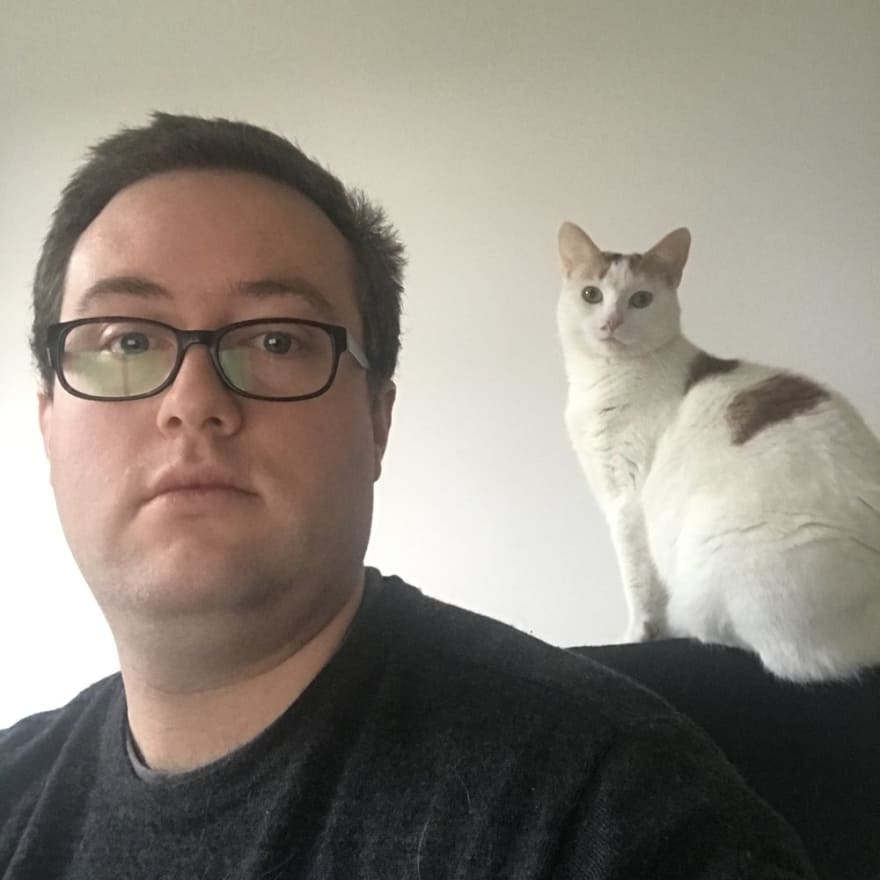 I’m Jethro Carr, I specialise in cloud infrastructure architecture and implementation. Some might call that DevOps. I currently work for Sailthru on the mobile product team from the Wellington, New Zealand office.

Who or what got you into tech?

I had the good fortune of being gifted some obsolete computers whilst still in school - things like i386, IBM PS/2, etc. Being an time-rich youngster looking for things to do, I used to take them apart, put them back together, learn about the joys of DOS and Win 3.11 and write BASIC programs.

Eventually my parents realised I was kinda interested in this whole computer thing and eventually got me my first current-gen computer. From there, it was a whole new world of fun and I ended up getting heavily into the GNU/Linux scene. Fortunately for me, my hobby turned out to be a great career path!

What is DevOps and what does it mean to you?

Honestly I’m pretty sick of the DevOps term lately as it’s just so overused by recruiters and anyone looking for a new job as it’s the trendy job title right now. Installed Linux once? DevOps! Wrote a bash script? DevOps! Pushed to Heroku? Cloud DevOps specialist! Sysadmin still doing everything the same today as in 1990? DevOps! And hey, who’s to say they’re wrong, the term has become so confused and meaningless now. It’s like “IT Consultant”. What does it even mean?

If I had to define what it means to me: I consider DevOps to be a combination of doing infrastructure as code, working closely (ideally embedded) in development teams to accomplish things together and mentoring/coaching development teams to build applications that perform reliably at scale.

How has blogging and public speaking had an impact on your career?

Biggest benefit is googling for problems and finding my own posts on how I solved it last time that I’d forgotten ;-) But aside from this, it’s been immensely valuable in three key ways:

First is that it’s been very helpful in securing employment - almost every employer I’ve worked with said that reading through my blog (shameless plug: www.jethrocarr.com) helped them know they were hiring someone enthusiastic and knowledgeable about the roles I was putting myself forwards for.

The second is that it’s helped considerably with learning how to write good technical documentation - understanding that process of how to share knowledge clearly to people with a range of technical skills is super valuable.

Finally doing public speaking can only ever improve your speaking skills. I was never particularly good at public speaking starting out, but like most things, repetition and repetition helps you get better at it. Naturally good speaker skills help every day in meetings, conferences, client calls and all contribute towards career growth.

What do you see as the most interesting challenge with cloud computing in the next few years? And how might that affect your role and industry?

Ultimately public cloud providers will continue to focus on developing products that make it easier and easier for companies to do what they want to do - build and deliver products and services - rather than messing around provisioning servers and infrastructure. Ultimately all businesses want to find the easiest way to spend valuable staff hours working on whatever their business needs are, not doing infrastructure work that doesn’t make them more competitive in the market.

This is already causing job disruptions - roles traditionally common place in a large company like “SAN specialist” or “mail server admin” are getting displaced by cloud storage and hosted mail services - think about the number of organisations on G-Suite and Office 365 now, vs all those people running Exchange or Postfix servers 10 years ago. Those roles disappeared, but new roles opened up for those able to take advantage of them - eg Azure or AWS expert

This trend will continue - as it always has - and attack the job security of what are currently considered desirable skill sets.

Now I don’t believe it’s game over for DevOps just yet, but the work will change. We’re already seeing providers bringing out the first generation of managed Kubernetes platforms as well as Serverless solutions. No longer will you spend time building tools and pipelines for supporting Kubernetes and CI/CD, instead that will just be a 3-click setup task.

But as a DevOps engineer you can add considerable value in other ways, such as working to coach development teams on good software and security architecture, doing more performance/scaling oriented programming and tasks, etc. There will be still be need for many of the same skills, but practitioners of DevOps need to be flexible enough to adapt and be able to fill those areas.

I see the DevOps role of tomorrow being much more a “developer with infrastructure specialties” rather than a “sysadmin who can code and talk to people” as it tends to be right now.

What has been your toughest lesson to learn in your tech so far?

Developing interpersonal skills (the poorly named “soft-skills” category of talents). Knowing they’re important or being able to talk to people isn’t enough. You constantly need to work at them every single day.

It’s a hard skill to refine and maintain, harder than any technical skills are. And they keep evolving - the style of interpersonal working you have will change with different generations, with different diversity mixes of colleagues and with different organisations/sectors. They all have their own challenges and styles of communicating to learn.

What would be your number one piece of advice for a successful tech career?

Be prepared to completely reinvent your skill set every 5 years. Tech moves fast and if you stay on a dying career path too long, you get caught out and it can become difficult to transform into a more desirable path again.

Easier said than done of course, my suggestions in this space are that some specialist skills are desirable to make you attractive on the market, but don’t get too locked into a single technology. Keep some level of awareness and engagement in other technologies that interest you. Look beyond more than your favourite platform/vendor so if they change direction unfavourably towards you, you have options

I’m a big fan of the “t-shaped developer” (as opposed to “full-stack developer” which I believe contributes to imposter syndrome as it’s impossible for any one person to be a guru in every tech stack out there which is what too many people seem to interpret “full-stack” as meaning).

As a t-shaped developer, you should have some skills you are very knowledgeable and experienced in, but also a wide array of other skills you know a little bit in, which you can then grow and expand as the need arises.

These days I’ve cut back on the amount of personal time spent doing coding or Linuxy things and now includes a fair bit of DIY which has recently morphed into home automation which I’ve enjoying a lot right now. So I guess I didn’t get too far away from the screen, but now there are power tools involved too.

Maybe this should be an answer to the earlier question as well around career advice… being a non-stop geek 24x7 is great, but uh, maybe getting more rounded experiences is good too. Lately I’m trying to do more new experiences and just see what I like that isn’t work or house stuff.

My biggest learning resources have more been in the form of conferences - find ones that look good to you, especially community run conferences, and go along - learn, contribute! I find this more valuable than any book that has sat on a shelf for 2 years going out of date. Plus you’ll make some great friends and professional contacts.

In the AU/NZ region, I’d suggest checking out linux.conf.au and kiwicon for having a wide range of content that covers a whole bunch of interests. And DevOpsDays NZ if you’re doing that kinda stuff.

Take a look at my blog - www.jethrocarr.com - it’s got a whole bunch of technical posts buried in some DIY and other life stuff from time to time.

Also check out my Youtube channel at https://www.youtube.com/channel/UCoytNEOKmnm4R3beDRdKR3g, I just started a Home Automation (IoT) meetup and am posting videos from interesting talks there every month.

How to install SVN extension for PHP 7