I still remember the days when I started using Linux with Ubuntu 4.04 in 2004, students apply for installation CD on Ubuntu’s website, then we will receive a package which contains CD in several days later. 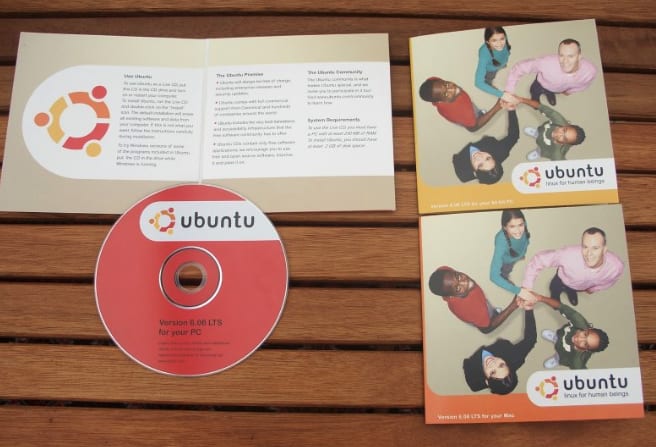 How nice! Since then, I spend most of the programming time on the Linux platform and learned much from Linux and the community. I must say, with learning Linux, I become a better programmer.

I always suggest beginner start with Linux when learning to program. But how to learn it, what exactly do we want to learn? This is a guide for the beginner to learn Linux from scratch.

Maybe you have heard that Linux is cooler tools for hackers, or that Linux is more developer-friendly. In my opinion, there are three key reasons for learning Linux.

Different target should follow different learning path, we could roughly divide the target into several levels:

You should learn according to this path, every previous step is a precondition to the next. If you don’t know how to use Linux as a daily OS, you can not use it as a development OS, and of course, dig into internals will be much harder. 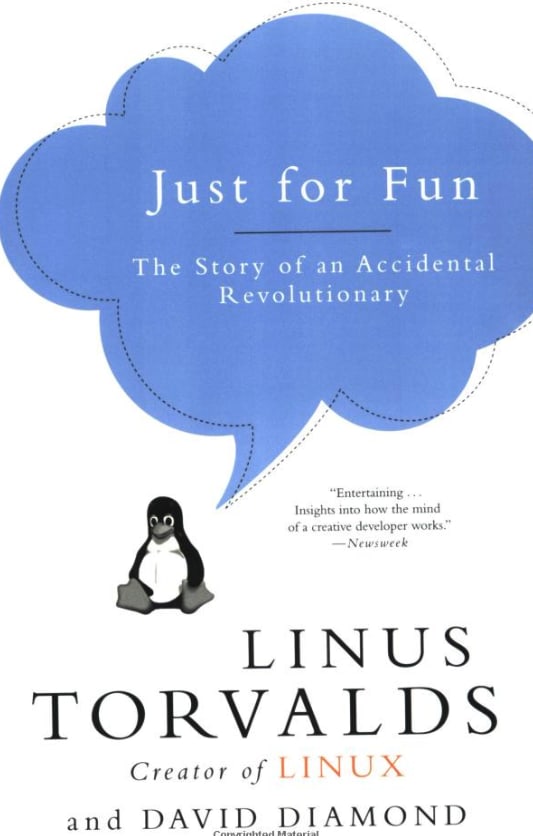 The hardest part of this stage is the transition from the graphical interface to the command line. My suggestion is like learning swimming, try to throw yourself into the water, you will never learn how to swim if you don’t get into the water. 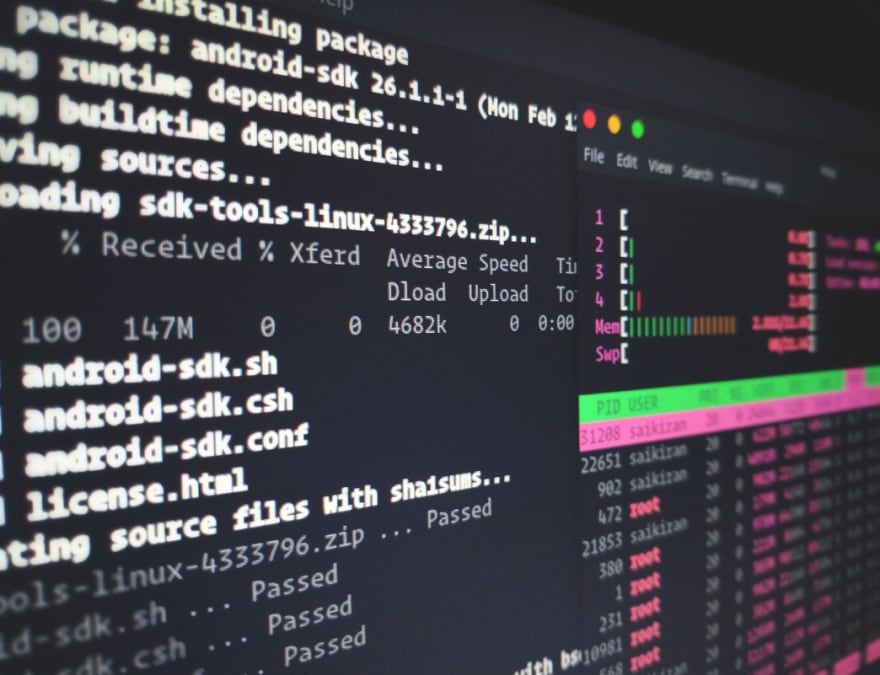 So, please just try to install a Linux distribution on your PC.

You can install multiple operating systems on a PC. Don’t even try to use Linux on virtual machines, this will give you a chance to hold back from daily usage on Linux.

Which Linux distribution should be should beginner to use?

Well, there are about 10 commonly used Linux distribution, choose any one of the top 5 will be OK. Choose mainstream distributions, such as Ubuntu, Centos, etc. It is easier to solve problems when encountering problems.

There mainly differences among them are graphical interface and package management.

You maybe need to learn Web development, C/C++/Python or any other programming languages.

Developing on Linux is a different experience compared with Windows. Unlike on Windows, developers usually have an IDE for development.

Most of the time, your toolchain is a set of various little tools, and you need to run them and combine them in a shell.

You need to learn:

You should learn some shell scripts programming, at least to the level that you could understand most common shell scripts. Currently, most developer prefers to use Python/Ruby to replace shell scripts, but there are still many existing scripts.

Try to set up your favorite development environment on Linux, here are some tools may be used. Remember to keep tracking of your configurations, I use Git to for configuration version control.

This stage, of course, involve much other specific domain knowledge, this depends on your choose technology and framework, for the most modern programming language, such as Ruby/Python/Rust, it will be easier to set up the environment.

If you set up your environment properly, your coding productivity will x5 than before.

Linux Bible and The Linux Command Line: A Complete Introduction will give you good introduction for the command line and other preparations.

This stage is a long learning process, keep patience.

If your task is to develop some low-level software, such as storage or networking application, you need to learn Linux system development.

The skill of gdb debugging is a need, you could refer to the Debugging with GDB, and Valgrind is another useful memory checking tool. 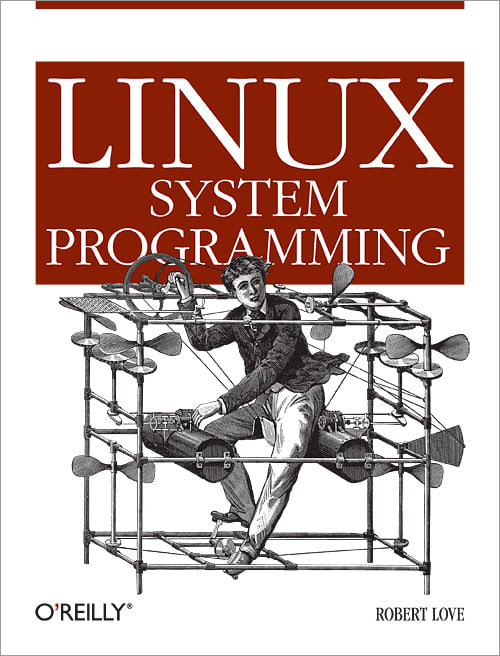 are both good resources for the Linux programming interface.

Networking is another important field for system programming, Unix Network Programming will be your best choice.

This is also not an easy stage, less programmer has the ability to coding in C/C++, it’s a trend that the new generation prefers to modern and high-level programming languages, such as Rust, Python.

Remember the fundamentals are the same, the core knowledge of system programming will sharpen your skills, expand your design ability.

The requirements of Kernel’s development are relatively high. You will be a HERO after finish this. At this time, you should have studied the courses of the operating system. 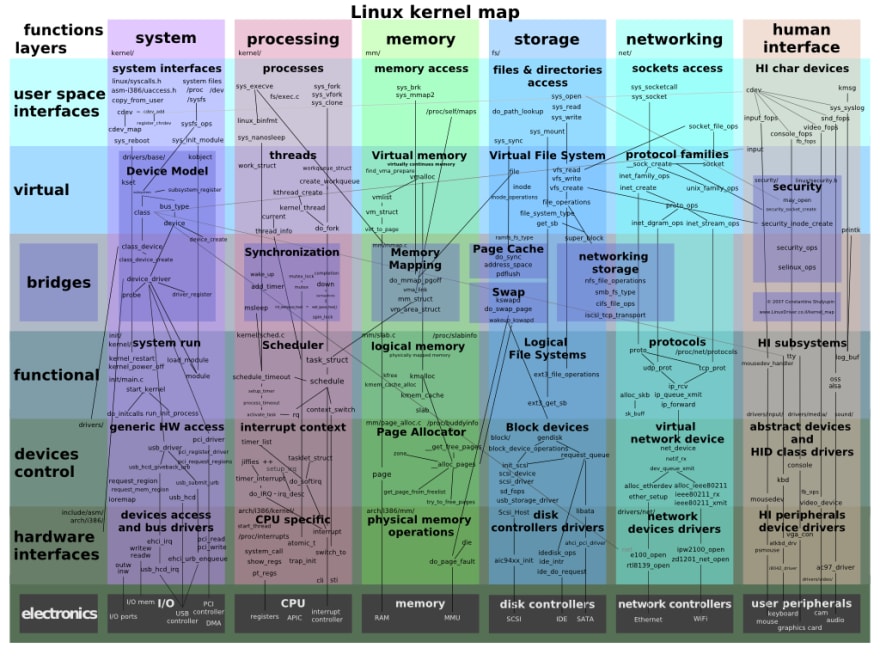 Robot Love’s Linux Kernel Development is the best introduction book for Kernel development, it will give you a good big picture of the kernel.

Remember, because there are too many fields in Kernel development, it’s almost impossible for beginners to start all the fields. Your learning strategy should:

It will cost many years to be a master of Kernel programming, happy hacking and have fun.