What is facial recognition?

At one point it may have been science fiction, but now facial recognition is as ubiquitous as having an iPhone. Facial recognition is a form of identity authentication, using mathematical mapping of the face, to identify a subject. The first computer to recognize facial features was created in 1964-66 by researcher Woodrow “Woody” Bledsoe, along with researchers Helen Chan, and Charles Bisson at Panoramic Research Inc. in Palo Alto, California. Woody Bledsoe is widely regarded as the father of facial recognition technology(FRT) and the controversy with this technology has a long history. Early in his career, Blesdoe worked on classified research relating to the atomic bomb, another controversial subject. Later on he worked on machine recognition of handwritten and printed letters and in the mid sixties he and his team took on the project for facial recognition technology, creating the first version of biometric comparison programs to identify individuals from multiple photos. This was the beginning of what has turned into everything from instagram filters, and unlocking your iPhone with just a scan of your face, to airport security.

Since its invention in the 1960’s there have been many improvements to the technology and a much more evolved version of FRT is now used in a variety of contexts for security and identity verification purposes. There have been some distinct biases and challenges presented by this technology, and although overall accuracy of facial recognition tech continues to improve year after year, there are still some important ethical and civil rights issues to consider with implementation of this tech.

Let’s look at some of tech itself. There are several ways that facial recognition algorithms can function. Two classes by which to distinguish these algorithms are, “geometric” vs “photometric”. A geometric algorithm relies on “biometrics” to create a two-dimensional image based on measurements from a subject’s face. These measurements create a batch of numbers also known as “feature vectors” which can be used to create a mapped image and compare it to other images mapped in the same way. This process can be challenging since accounting for tilt, or rotation of the head can be problematic.

Photometric algorithms will “normalize” and “compress” two-dimensional images and will compare with other similarly processed images. As an example, to normalize an image would be to turn it face-forward.There is also three-dimensional facial recognition where either 3D sensors, or three 2D cameras at different angles can be used to create an image of a subject. These are generally much more accurate than two-dimensional recognition. 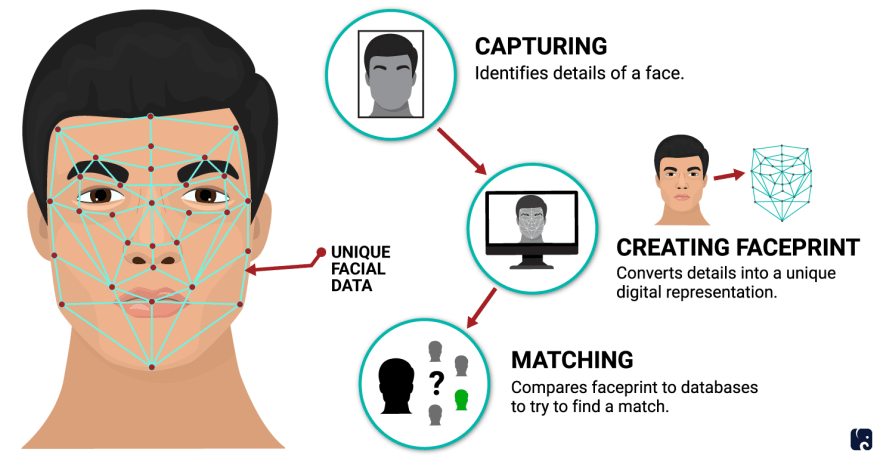 Today, there are several big players in the facial recognition technologies game including Amazon’s Rekognition, Microsoft Azure’s Face API, and Facebook’s DeepFace, just to name a few. Although overall accuracy for these programs are above the 90th percentile overall, and have many helpful use cases that increase security, all have proved to be flawed, though improving, when accounting for differences in race and gender specifically less accurate for darker skinned individuals, and less accurate for women than men. We will explore this a bit more.

How is it being applied?

Today, facial recognition tech is as ubiquitous as having an iPhone, and using social media, but it is also being used in a wide variety of security and identity verification contexts. Some uses include European border controls, airlines passenger identity verification, airports security Paris-Charles de Gaulle and Paris-Orly airports and, mega event surveillance in Japan, and EU Summit security in Europe, even self selected “problem gamblers” can opt-in to having themselves barred from casinos using the tech. Facebook uses its ‘DeepFace’ tech to tag millions of user photos every day and claims an accuracy rate of 97.25%. Google’s similar product FaceNet, claims 99.63% accuracy when matching 13,000 pictures of faces from across the web.

There are ongoing and continually updated studies to verify and test the accuracy of facial recognition technology. Beginning in February of 2017, the National Institute of Standards and Technology(NIST) began an ongoing comprehensive Facial Recognition Vendor Test(FRVT). Anyone may submit an algorithm for evaluation and reports are published on an ongoing basis as results are available. The study compares accuracy of algorithms based on demographic categories male, female, black, white, Asian or American Indian.

The FRVT report published in 2019 reported performance of 116 facial recognition algorithms. The study found that the highest performant algorithms reach nearly 100% accuracy with ideal conditions. However there is a relatively higher margin of error when identifying darker-skinned people and women. The report points out that these margins are generally less than 0.1% depending on the algorithm, and overall the accuracy of these technologies are very high. There are additionally ongoing tests to evaluate the The most recent and updated reports from NIST can be found here: https://github.com/usnistgov/frvt/tree/nist-pages/reports/11 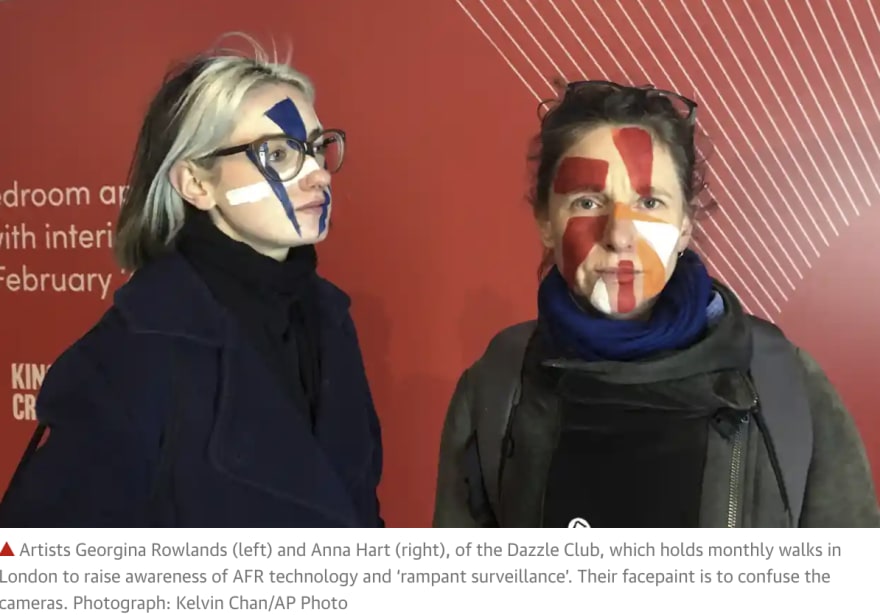 What is being done?

Since the beginning of facial recognition technology, it has been used by the CIA and law-enforcement agencies. Dating back to Blesdoe’s original research for the CIA, mugshots were the primary resource for facial recognition. Now of course, with the advent of social media and images of faces are much more accessible, however there are discussions and ethical dilemmas around how and where this technology should and can be used. Efforts to manage these questions and dilemmas are in many cases underpinned by discussions of protection of privacy rights and civil liberties.
In 2019, San Francisco blocked police and other law enforcement agencies from using face recognition software, and was the first major American city to do so. In June 2020, Microsoft, who had previously marketed its face recognition software to law-enforcement agencies announced that it will not sell and has not sold to the police. IBM, which was initially in the forefront of the facial recognition game, discontinued its Watson Visual Recognition API in June of 2020. And also in 2020 Amazon banned police from using Rekognition for a year, providing a window of delay for federal laws and regulation to be established and protect human rights and civil liberties in this arena. Continuing discussions and regulation is undoubtedly warranted and will continue to evolve, though perhaps not as fast as the technology in question.

This is by-no-means a comprehensive view of this topic and there are many questions related to the ethics and equity of utilizing this tech. It is clear that facial recognition technology has many important use cases that can benefit many people and make life better. However, we know that technology is not innate neutral. It reflects the biases and trends of its creators and developers must be conscious of this moving into the future. This sums up one of the major fundamental issues with how facial recognition technology is being used today, and discussions that should be continued as technology evolves.

sstores
Hi I'm Sarah, and I'm an aspiring Software Engineer!
Self Driving Cars... the Future is Now Ember. js Technical Animation… Where does the coding happen?
Forem Open with the Forem app