Flashback to 2012. When I arrived at Village as a 19-year-old young man with a lot to learn*, I would have broadly categorized myself as a "hacker" (this once caused Johnny to visibly grimace, which – in hindsight – I can understand). I liked to sit at a computer and start writing the features. The design flowed from my fingers.

Unit tests, when explained to me, created a kind of physical revulsion; "Here is code that you have to write to prove that your code works"... but who tests the test tests?

I was introduced to "mocks" at the same time, which appeared to be a way of saying that "because it's impossible to run unit tests with real data, we must see how your code-which-tests-code runs on data which is not the real data". This did not seem like a useful thing to do.

The trifecta of testing pain was completed by attempts to encourage Test-Driven Development (TDD), which is to say "you may only write code which is either a failing unit test, or which makes a failing unit test pass" - i.e. write all of your unit tests up-front and then write the implementations.

These elements created such a confusion and sadness within me that I didn't do much (successful) unit testing in my early days of professional software development.

To me, programming was, and forever should be fun! Software development is like construction, except with unlimited undo, unlimited materials, X-Ray vision, and tools made of unobtainium – you can make whatever you want in the blink of an eye and change it whenever you like. Programming is expressive, joyful, and satisfying. Unit testing, I believed, robbed me of these joys.

So how is it that today, unit testing is part of the fun for me?

*Sadly, the amount I have left to learn has only increased since that time

It's 2015. I was writing a game in my spare time for my own entertainment. In this game, spacecraft could form and disband fleets, but this feature was a mess. In playtesting, the fleets would fail to form, fail to disband, grow and shrink by accident... I needed some way to comprehensively test these code paths without playing through every option myself with a scientific rigour. It dawned on me that unit tests were actually the answer. 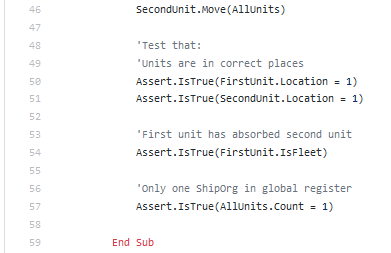 I had tasted the usefulness of unit tests. In this process, I even wrote a simple kind of mock; something that would provide objects for me to work with instead of user-entered data. Testing this project was a happy, easy experience because:

Testing showed loads of flaws in my implementation which I never would have caught by hours of manual testing. Suddenly, the code was clean, clear and under control! I also realised that my game logic was tightly-coupled to the user interface; tests wouldn't finish because they were waiting for user input. So I refactored the game object to accept a delegate for progressing the game; while the real game would use Console.Readline(), the tests could pass in a do-nothing delegate. I had unwittingly encountered and implemented inversion-of-control. Thanks testing!

Turning up the heat

Lifted by success with unit testing in the personal arena, I set about introducing tests to a troublesome project at Village. This project had code quality issues which the team was struggling to conquer.

We instituted a policy where anytime you fixed a bug, you had to write a unit test to prove that it was fixed and stays fixed! This was not always possible because we were integrating with Microsoft Office, and some of the office objects are very difficult to mock. But this encouraged us to:

This project now has about 300 unit tests, and is a successful project which is in users' hands daily! This was a great chance to get more of our quickly expanding team on board with the benefits of unit testing.

Around this time, I also noticed that the cool kids on GitHub who had hundreds of NPM packages would proudly display automatically-generated badges on the front page of each project, proclaiming "___% coverage". They were game-ifying the proportion of lines of code covered by unit tests, and that appealed to me a lot! 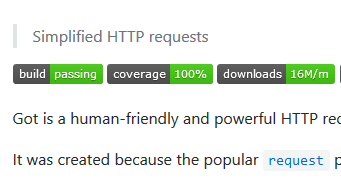 Suddenly, unit testing was not just useful, it was cool.

Lately, we built a project which searches the contents of many different file types. The different search components were built in isolation and it wasn't practical to run a full-breadth test of the system with any regularity. This was an ideal place for unit testing, and the project came pretty close to Test-Driven Development.

It is truly a thing of beauty.

Somewhere along the road, unit testing stopped being a burden, and started being a joy. What can you do to make this happen?

I hope this helps to encourage you about the benefits and accessibility of automated testing, particularly unit testing. If you have any questions or comments, hit me up on twitter @SteGriff, and if you want to take on an expert org to work with you or your project, talk to us @VillageSoftware!

Prospect of ChatGPT in Test Automation

How to deploy Azure Bastion via Terraform

How to use jest test.each function

Once suspended, stegriff will not be able to comment or publish posts until their suspension is removed.

Once unsuspended, stegriff will be able to comment and publish posts again.

Once unpublished, all posts by stegriff will become hidden and only accessible to themselves.

If stegriff is not suspended, they can still re-publish their posts from their dashboard.

Once unpublished, this post will become invisible to the public and only accessible to Stephen Griffiths.

Thanks for keeping DEV Community 👩‍💻👨‍💻 safe. Here is what you can do to flag stegriff:

Unflagging stegriff will restore default visibility to their posts.