What the heck is SQL?

SQL stand for structured query language. It is just a syntax created to select, update, delete and insert data into a relational database system, such as MySQL, MariaDB. 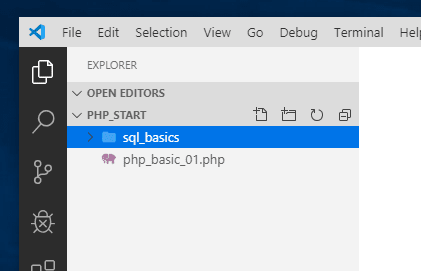 Now lets look at the piece of code inside the file.

We created a variable by the name of $conn and called a built-in function that comes with PHP known as mysqli_connect. This function does all the hardwork for us of making the conneciton. The function is given 4 values.

Now once you run it, it will try to create a connection to the database.

Next, we will check whether a connection has been made or not. Therefore, we create an if function and if it does not return true, then that means there is something wrong. We will kill the connection and throw out the error. Now if no error is produced, the code will run forth.

REMEMBER, IN PHP THE CODE RUNS FROM TOP TO DOWN EXECUTION, MEANING WHAT IS AT THE START OF THE FILE EXECUTES FIRST AND THEN AS IT GOES DOWN, DOES EVERYTHING ELSE EXECUTES

Some Fun
I will now run the following code;

Look at that, taking Like a Champ!, Now that is how an error would look out, if you read it, it will make sense.

INSERT AN ENTRY INTO THE DATABASE

We have just created a variable by the name of $sql and in it all we have created a s string which is called a SQL. The SQL has a build in command, INSERT INTO then we specify the table name into which we want to add the entry. Now the first brackets will contain the columns in which we want to enter the data and then comes the VALUES tag and in the second brackets, we will enter values. The Frist value c@c.com is being entered into email. The second value hello will go into password column.

Now this statement simple asks PHP to pass the SQL into the SQL Language and run the query on the database.

Delete is relatively simple as it is condition based, so you are going to be deleting based on a condition.

Update is also understandable not, as you update values, based on a condition.

Now we have selected a user whose ID is 3, therefore we need to store the response from $conn in a $result variable and then fetch it as an array. Now when we print the array, we will get an output like this.

SELECT FOR MORE THAN ONE

Now for getting more than one results, we need to encase it into a while loop, which keeps running till it runs out of results.

Getting homework done while dealing with your children: A warning for parents in school.

Muhammad
By helping others, you learn how to help yourself. When the Noob is at work, remember it's not a Noob at work.
How to Build a Startup Landing Page in Velo
#startup #tutorial
Doers Vs No Doers: An Analytical Approach
#motivation #general
How I started my IoT Company?
#motivation #productivity #beginners