This was originally posted here: https://koalatea.io/node-js-redis-getting-started/

When building large scale applications, there comes a need for scaling. There are many places to start with scaling, but one place my be scaling your reads. Let's say that you have a read heavy application, like an ecommerce store or a comment system.
You may want to consider caching to address this concerns. Redis is a good place to start (and to end) when solving this problems.
In this article we will get started with Redis in Nodejs.

More about Redis and Caching

Caching is a large topic that is outlined here: https://github.com/donnemartin/system-design-primer#cache. We will simply introduce Redis here and in later articles, we will learn to implement this practices on large scale features.

Redis is use for a lot more than caching. For example, queues are implemented in Redis using bullqueue: https://optimalbits.github.io/bull/. I highly recommend checking out this package (and the bullq UI). This is a great start to scaling out services, not just microservices. You can
read about more use cases for redis here: https://redis.com/blog/5-industry-use-cases-for-redis-developers/, and I will write articles in the future about implementing this features later on.

Let's create the project as follows.

For setting up Redis, I would recommend using a service for you in prod. Azure for example, has a great redis service that scales easily. However, you will want to learn redis and eventually how to scale it yourself. This will help with debugging cloud services or eventually, saving money and not using them.

We will start our intro to redis via using docker compose. Create a docker-compose.yml file and add the following.

Ensure you have docker installed and run

There are two modules I see often used in nodejs. I will tend towards
ioredis as it has built in support for promises and many other features in redis.

Let's start by opening up the index.js file and importing our module. We will also connect to the redis server. By default, the module will assume we are using localhost on port 6379, which is what we setup in our docker compose file.

Next, let's run some redis commands. We will start very basic with the set and get commands. As implied by the names, the set command will set a key and the get will retrieve the key.

Note, I usually create a main funciton to start a node file that will be an entry. We can call the above using a self invoking funciton. Eventually in later version of node we will not need this as we will be able to call await at the root level.

Here is the full file for context.

Often over looked in the community is the use of a UI. Many are outdated or hard to run. One that I often use is patrikx3/redis-ui. Although a little
clunky, it usually does what I need. I will also suggest getting use to the redis-cli to help where GUIs cannot.

Once you have that downloaded, open up the app. Then go to Settings -> New Connection. 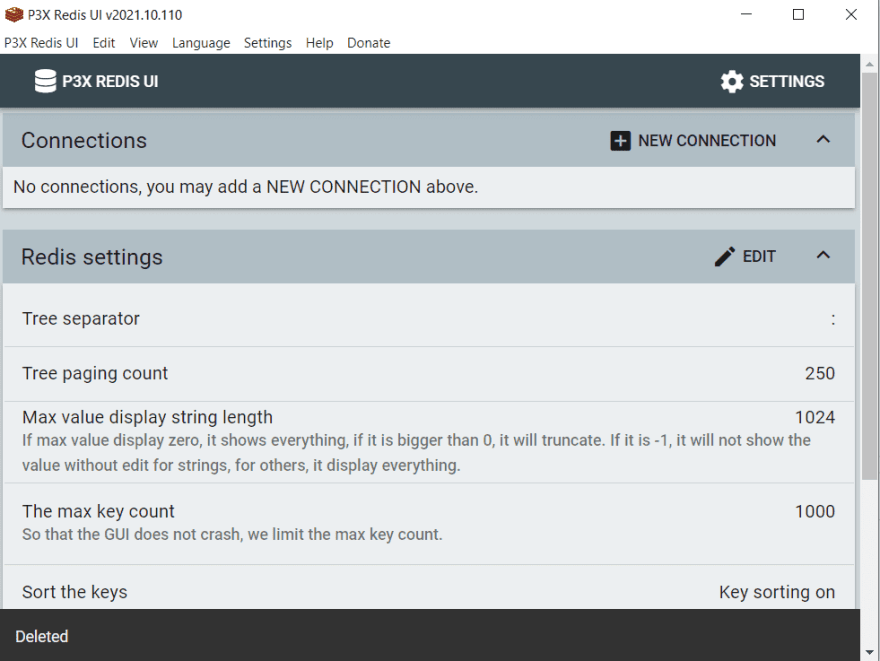 Type in the following to connect to local, then hit the "Add" button at the bottom. 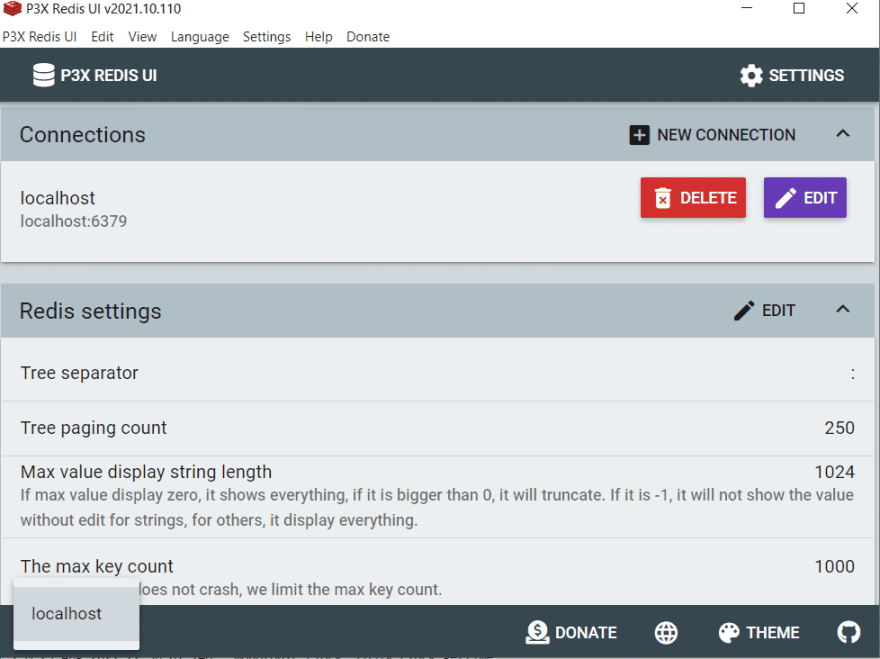 Finally, click the bottom right, then select your localhost to connect. 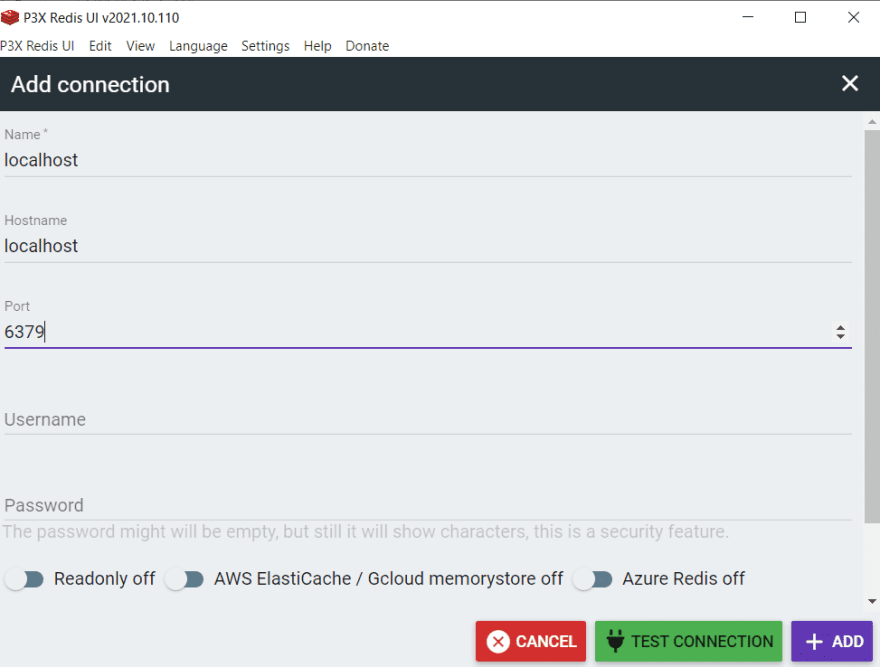 Click Home and then you should see a screen like below, but with no keys on the left. 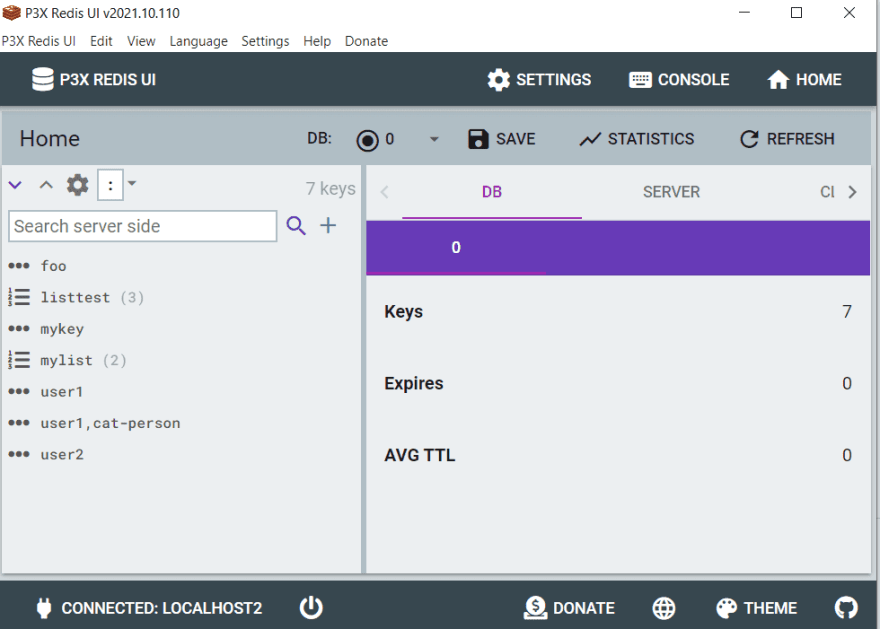 Thanks for keeping DEV Community 👩‍💻👨‍💻 safe. Here is what you can do to flag thehollidayinn: