We find plenty of jokes against Perl, all around the web. It's often trendy to denigrate Perl.

Check out for instance the hate for Perl is real

The people behind these memes seems really hating Perl 😀 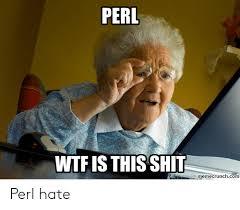 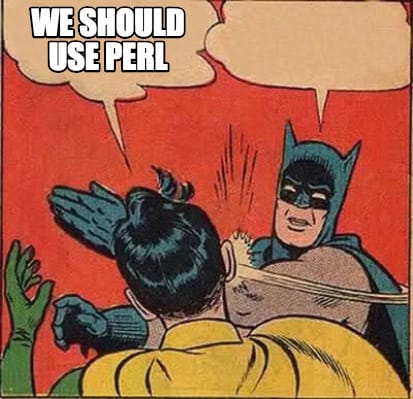 Or the only problem with Perl is Perl (or something like this) : 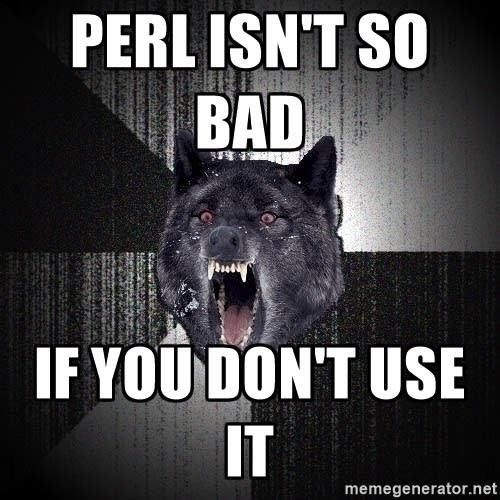 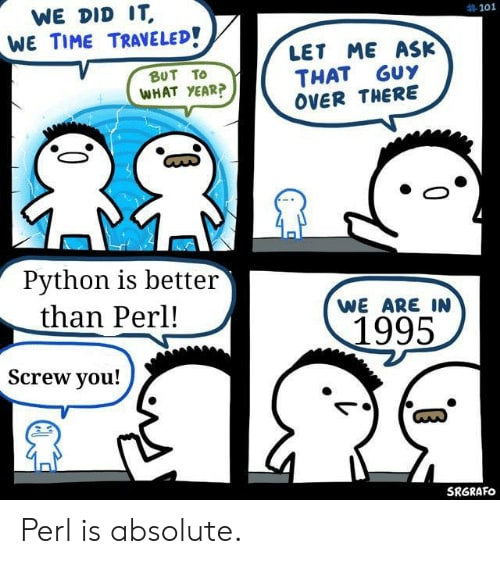 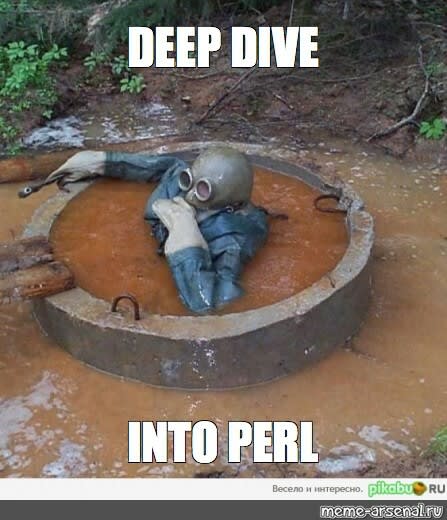 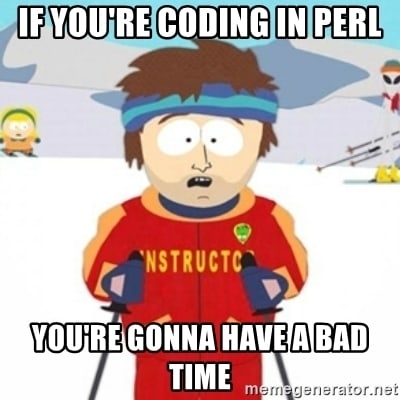 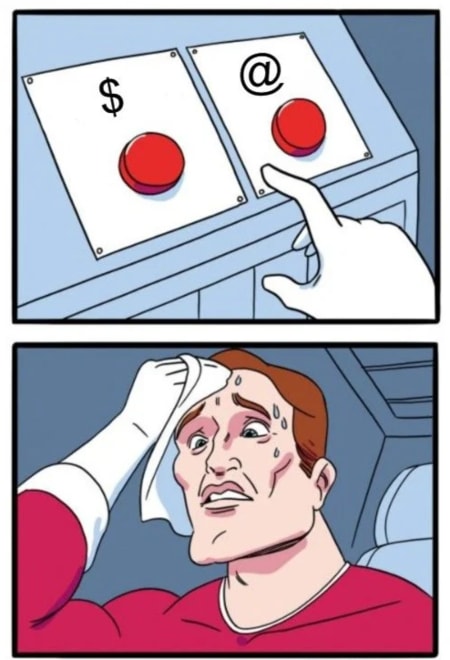 Having 2 problems is better than having only 1 problem : 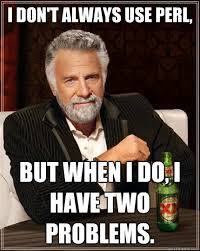 A very famous meme is about paint splatters validity as a Perl code (ultra flexybility of Perl sparser): 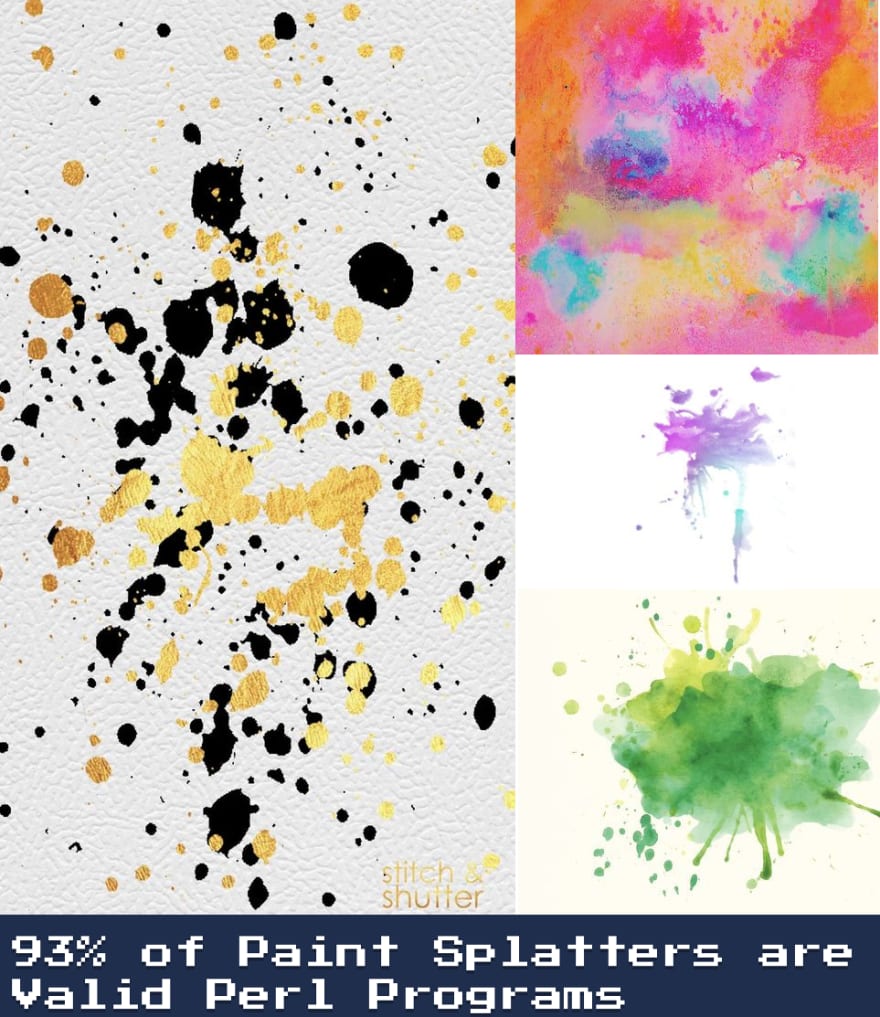 Or a meme based on infinite monkey theorem: 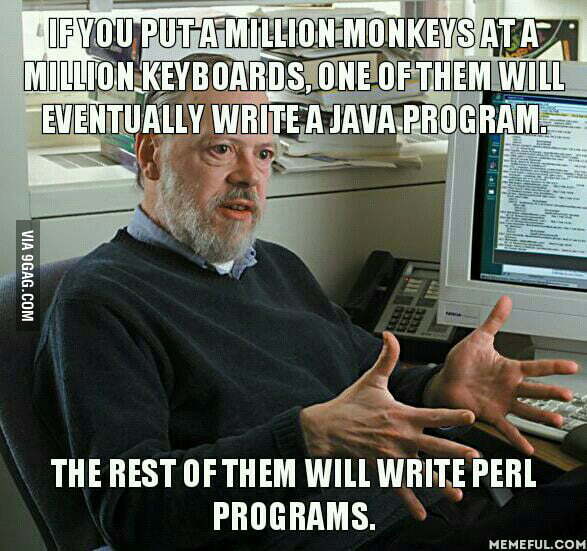 And there is a derived sentence similar:

Given enough time, a monkey typing at random would, as part of its output, almost surely produce one of Shakespeare's plays. All other outputs are Perl programs.

Perl is also seen as cursed ! (note the number of votes)

Or even it invokes Cthulhu 😄 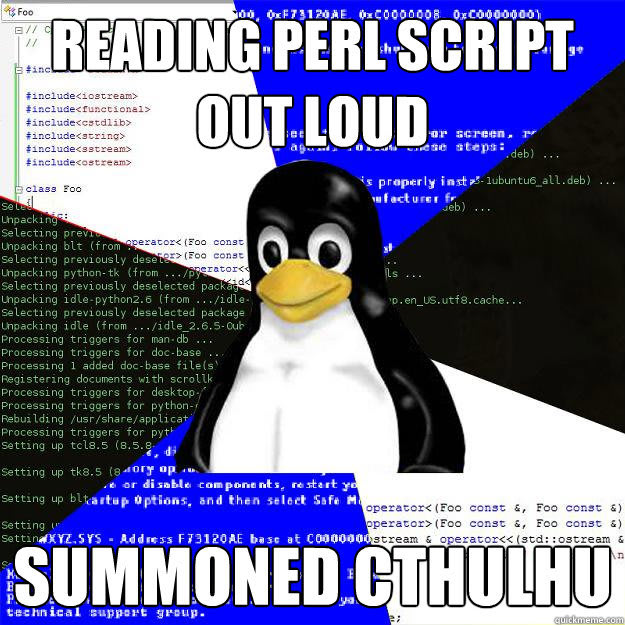 If it is written on a cover of a book, it's obviously true : 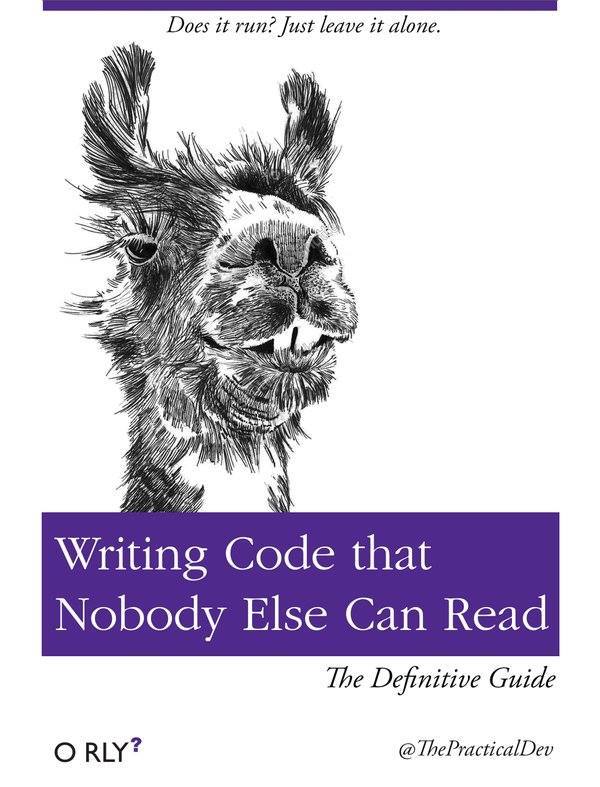 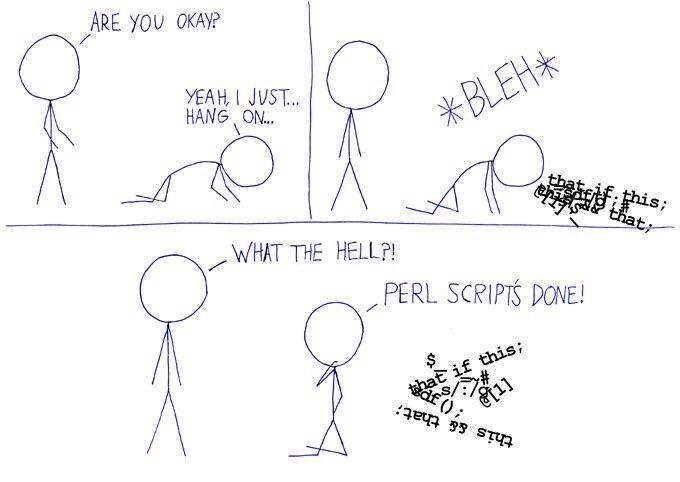 Get the job done but at what cost ? 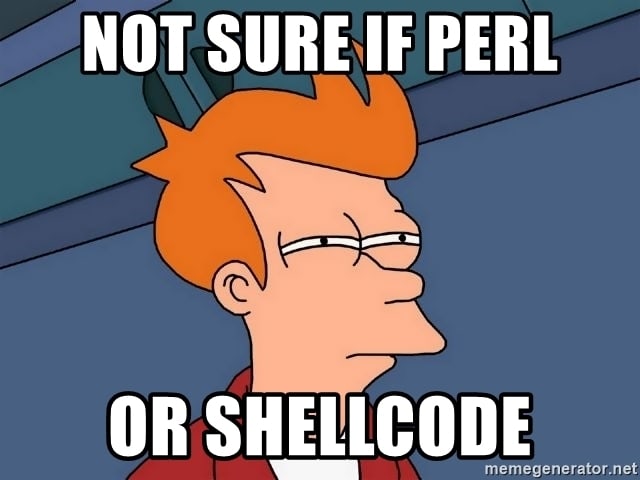 Or Perl is only symbols: 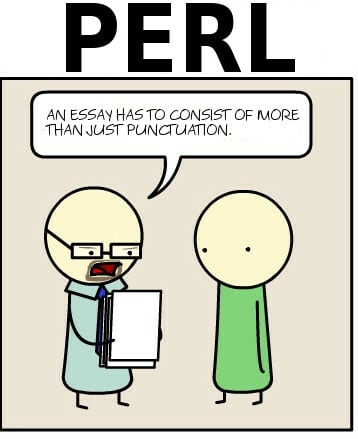 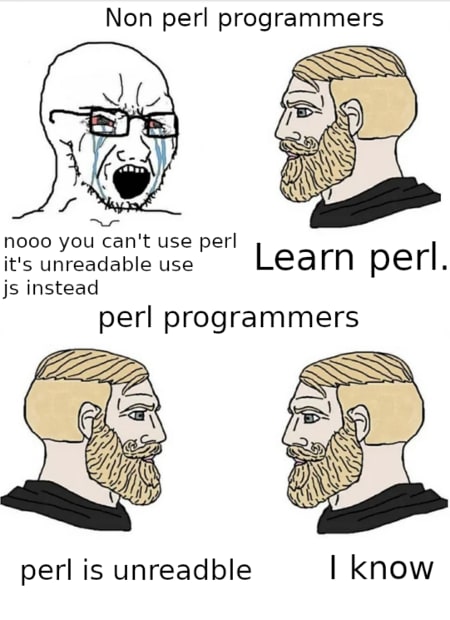 I added mine, for posterity : 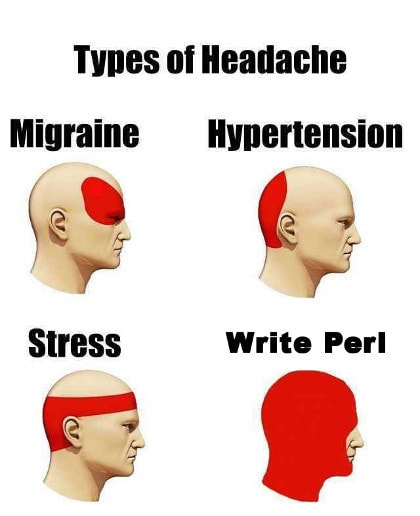 And finally, don't hear other people and do what you want 😄