In this tutorial, I will show you how to build a React Redux example to with API calls to consume Rest API by a CRUD Application. You also can display and modify data with Router, Axios & Bootstrap.

We will build a React Redux Tutorial Application with API calls in that:

Here are screenshots of our React Redux CRUD Application. 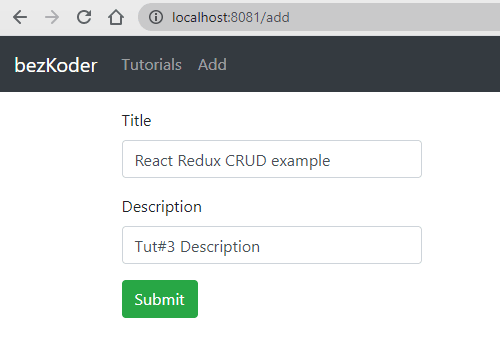 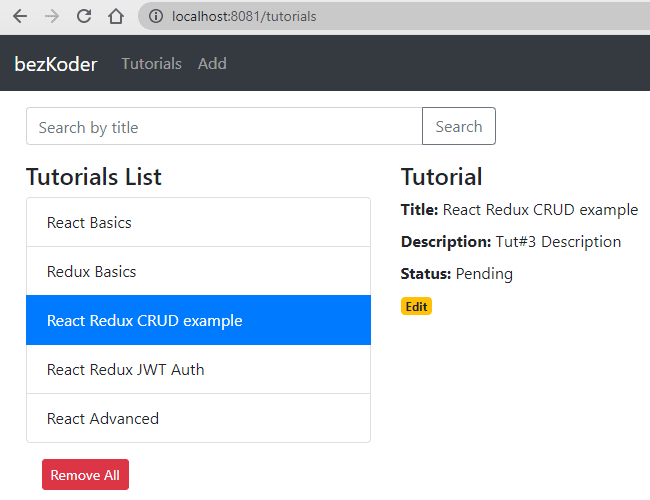 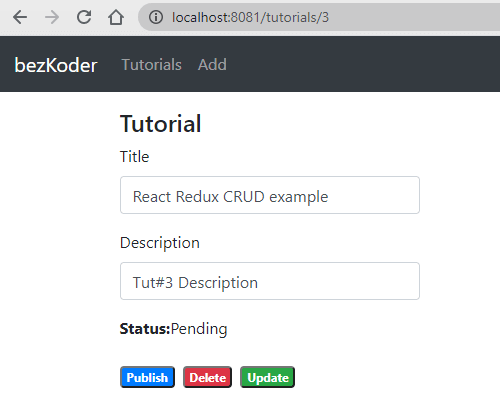 On this Page, you can: 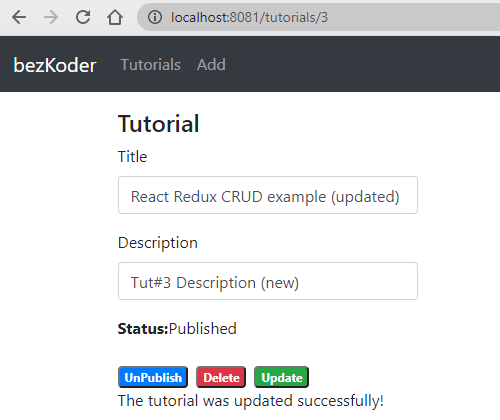 You can find step by step to build a Server like this in one of these posts:

Now look at the React components that we're gonna implement: 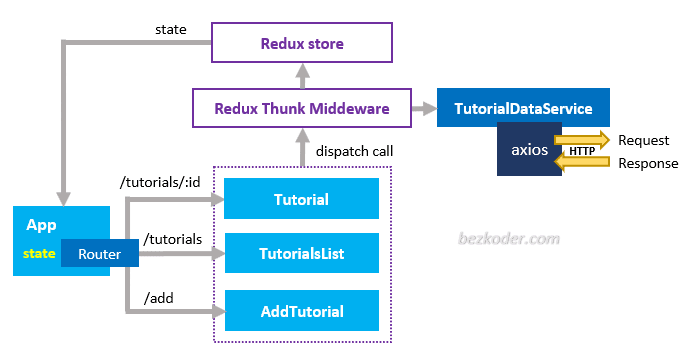 – The App component is a container with React Router. It has navbar that links to routes paths.

This diagram shows how Redux elements work in our React Application: 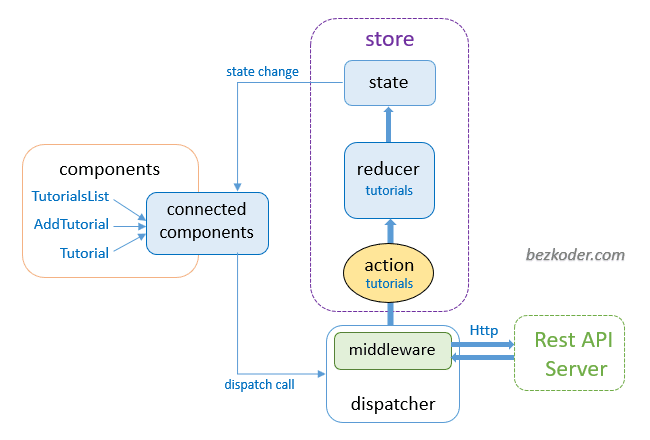 We're gonna create Redux store for storing tutorials data. Other React Components will work with the Store via dispatching an action.

The reducer will take the action and return new state.

About Redux elements that we're gonna use:

Or you can add Pagination Component:
React Pagination with API using Material-UI 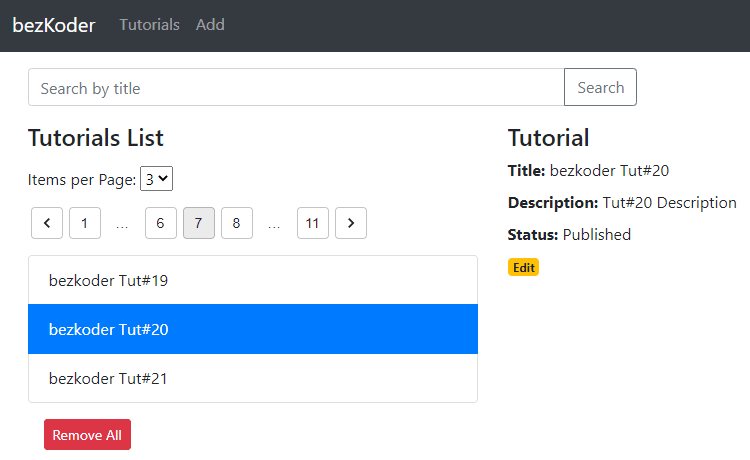 Chrome Extensions to make your life with css easy

Once suspended, tienbku will not be able to comment or publish posts until their suspension is removed.

Once unsuspended, tienbku will be able to comment and publish posts again.

Once unpublished, all posts by tienbku will become hidden and only accessible to themselves.

If tienbku is not suspended, they can still re-publish their posts from their dashboard.