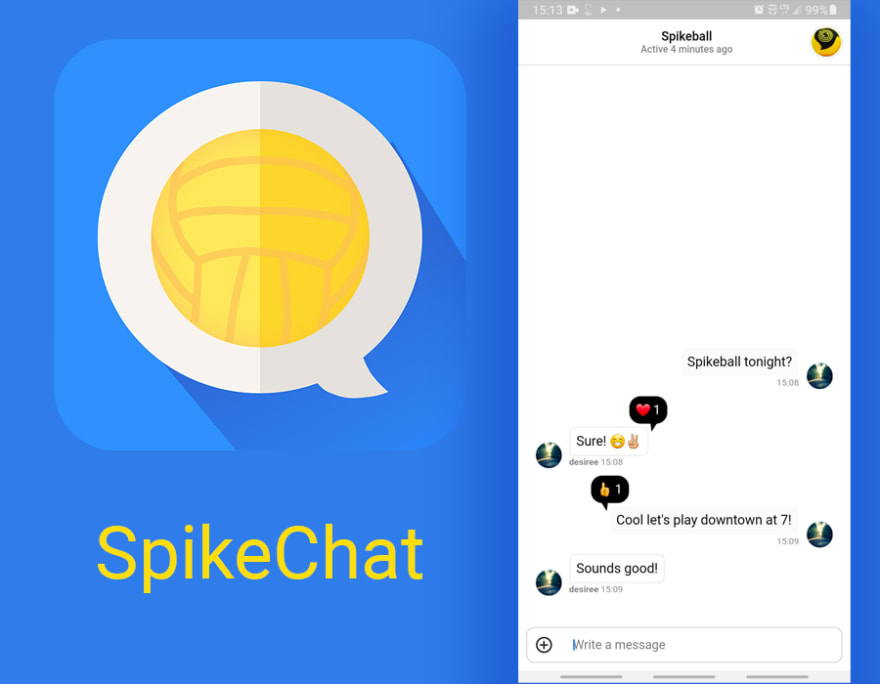 This article is part of a series on building a fully functional Flutter app with Stream. All other parts, as well as the finished code, can be found below.

There is quite a bit of configuration I had to do before I could start using Stream’s SDK. Below is a synopsis of all the configuration:

In order to use Stream, I needed to add the stream_chat_flutter, along with flutter_file_picker, video_player, and image_picker, which are required to enable full functionality of Stream’s APIs on iOS.

First, I needed to create an account with Stream. They allow developers a 30 day trial period to try out their Chat and Feed APIs.

After creating an account, I created a Stream project called “SpikeChat” for my Flutter application with development mode selected. After creating the app, an app key and app secret is generated, which will be used to authenticate the app with Stream. 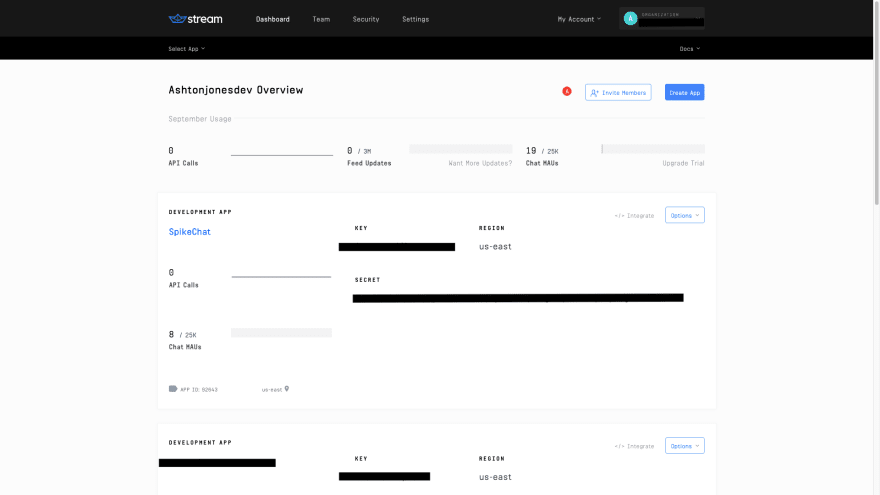 Next, I created a chat type called “mobile” by selecting the app then clicking chat-> chat overview-> add chat type.

In order to allow users to write and read (send and see) messages, I had to scroll down to permissions and add the “user” in “roles” to give users the same access as the administrator. 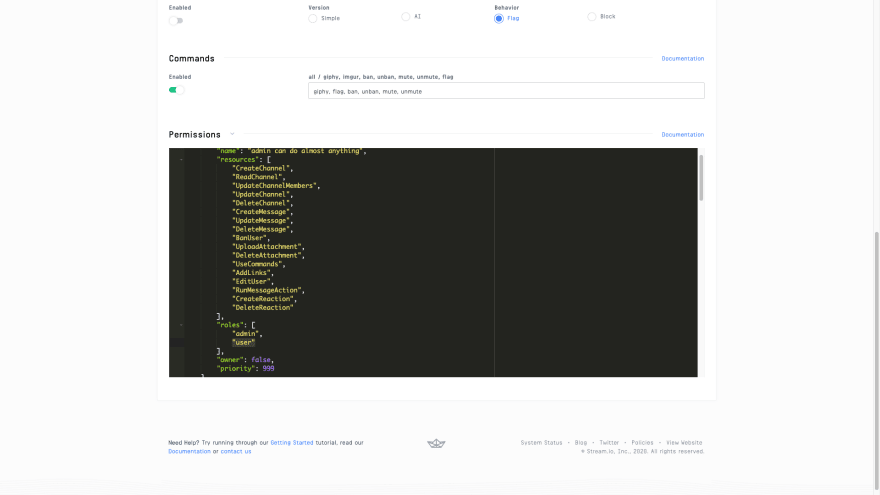 In order to get the full functionality of Stream to work on iOS, I had to do some additional configuration. I needed to add permissions to the info.plist file, highlighted between the comments below. Most of the co-dependencies are good to go with Android, but you may need to do some additional configuration if you are targeting older APIs. If you want to read more in depth about why you need these and ensure you are correctly configured for Android, check out the stream_chat_flutter plugin’s readme.

I was stuck for awhile trying to figure out how to authorize my app with Stream’s APIs. Unfortunately, the documentation for authentication on Flutter is lacking. This was pretty frustrating because I was stuck for a couple days and unable to move forward. 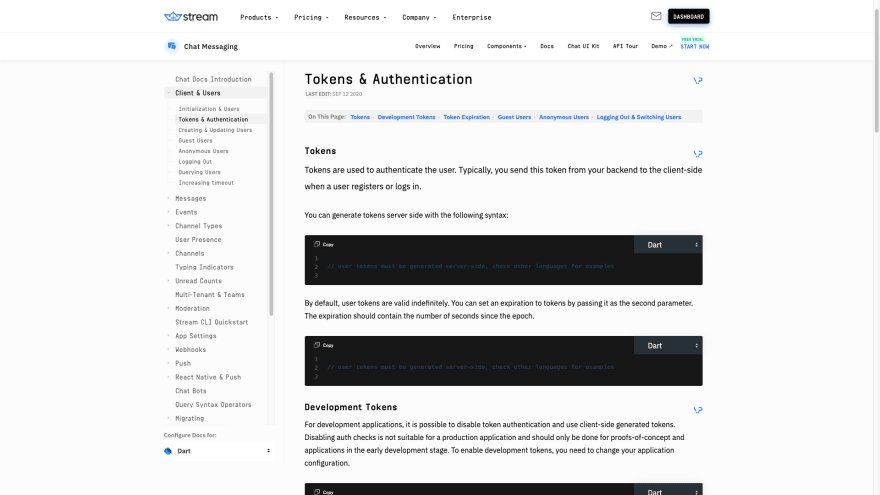 Luckily I was able to figure out how to implement authentication. In order to authenticate the user, I used the start_jwt plugin to generate a JSON web token with my Stream app secret. The method ‘tokenProvider’ uses the Stream app secret to create a token, and also adds the username to the client. I explain more about how this works in part 3.

In part 3, I’ll explain how I built the app using Stream’s widgets.

If you want to follow along, here is the SpikeChat project:
(https://github.com/ashtonjonesdev/spike_chat)

Once suspended, tjgrapes will not be able to comment or publish posts until their suspension is removed.

Once unsuspended, tjgrapes will be able to comment and publish posts again.

Once unpublished, all posts by tjgrapes will become hidden and only accessible to themselves.

If tjgrapes is not suspended, they can still re-publish their posts from their dashboard.

Once unpublished, this post will become invisible to the public and only accessible to Ashton Jones.

Thanks for keeping DEV Community 👩‍💻👨‍💻 safe. Here is what you can do to flag tjgrapes:

Unflagging tjgrapes will restore default visibility to their posts.