In this article, I will explain how to dynamically allocate memory in C. 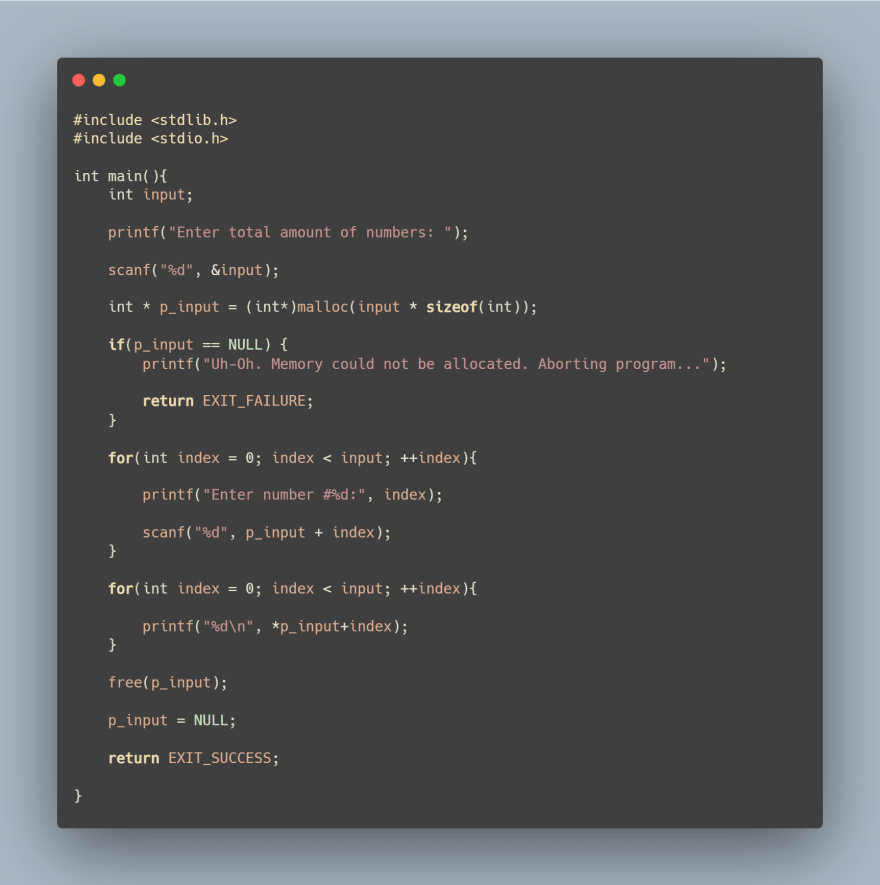 When we dynamically allocate memory, it is our responsibility to manage that memory. If we don't, we will run into memory leaks. 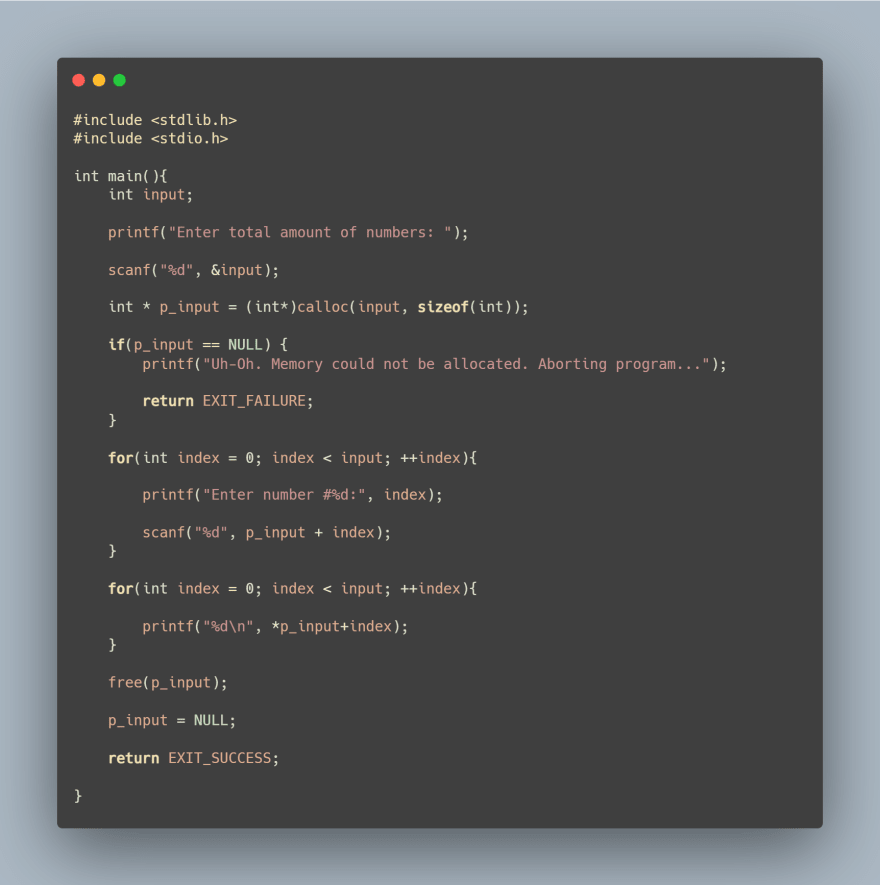 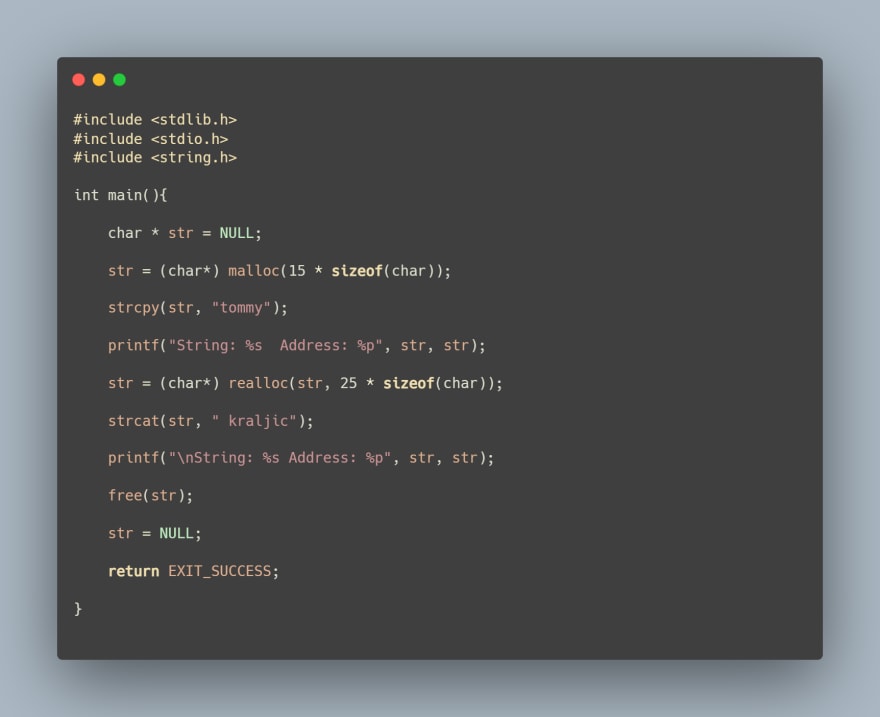 Once suspended, tomislavkraljic will not be able to comment or publish posts until their suspension is removed.

Once unsuspended, tomislavkraljic will be able to comment and publish posts again.

Once unpublished, all posts by tomislavkraljic will become hidden and only accessible to themselves.

If tomislavkraljic is not suspended, they can still re-publish their posts from their dashboard.

Once unpublished, this post will become invisible to the public and only accessible to Tomislav Kraljic.

Thanks for keeping DEV Community safe. Here is what you can do to flag tomislavkraljic:

Unflagging tomislavkraljic will restore default visibility to their posts.