I read an interview with Cal Fussman on interviewing recently that got me thinking. The essence of his advice was to see every candidate as an individual — no argument here — and to "find out people's stories". Fussman wants to get to know people during an interview, and dive deep into their lives and memories.

Concrete questions Fussman suggests are "Which song describes you best?" and "What's your favourite movie?".

One of his main motivations to ask questions like that is to get answers the candidate has not rehearsed before. Fussman argues that, with the standard interview questions like "What are your greatest strengths and weaknesses?", the problem is that candidates expect them and will have answers ready before the question is even asked. This way, you do not learn anything meaningful about the person.

The question for the person's favourite movie is probably less expected. Moreover, it shows genuine interest in the person. This will create trust and benefit the conversation. 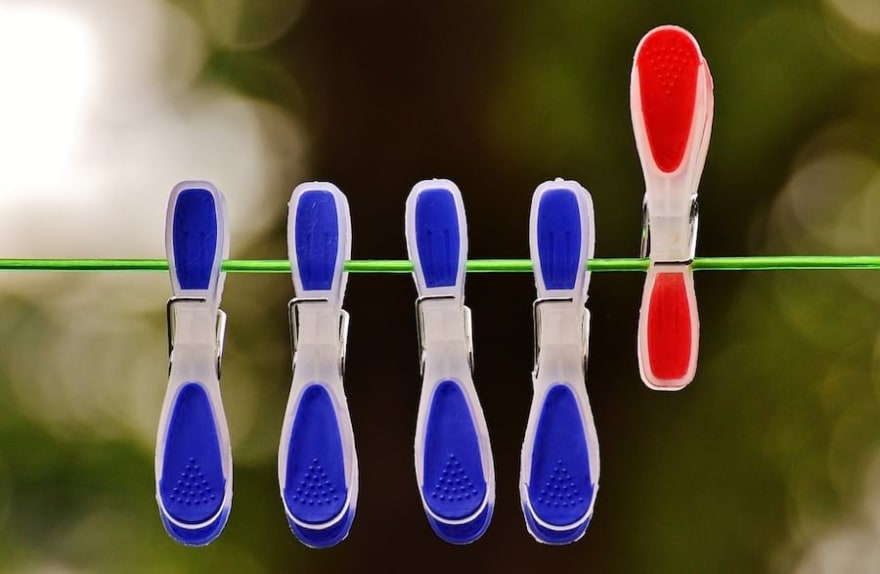 Fussman's advice stands out in the current trend towards repeatable, comparable interviews — you might call them cookie-cutter interviews, because you cannot distinguish one interview from the other.

For example, the people at Triplebyte advise us to ask every candidate the same questions to ensure comparability.

Medium published their grading rubric which they use to hold every candidate to the same standard.

A structured, repeatable interview ensures that each candidate is asked the same questions, making these interviews fairer.

To sum it up, the current trend is to conduct structured, repeatable, comparable interviews, where every candidate is asked the same questions and interviewers use a clear rubric to grade the answers. 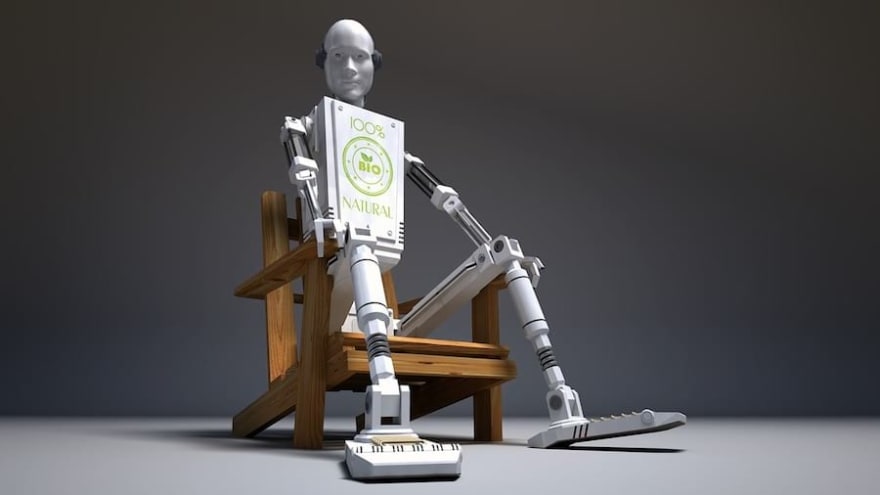 If you take this to the extreme, you might as well conduct a fully automated interview. There are vendors like HireVue and Sonru whose software allows for automated video interviews. Why not just use those and eliminate some more of the human component? Wouldn't that make interviews even fairer, and eliminate more opportunity for unconscious bias?

But would it be a good experience for the candidate? Would they feel appreciated as a human being?

And would we feel comfortable hiring somebody who we never talked to before, person to person?

I don't think so. After all, the human element is still vitally important in the workplace. Teams consist of humans who collaborate and communicate. If collaboration and communication do not work well between the people in a team, their output and productivity will go down. This is bad for the organization.

Therefore, we have to take the human element into account when hiring.

We have to find out if we can work with the candidate.

We have to find out if this person has a mindset and a value system that are compatible with those of our organization and its people.

We have to find out if adding this person to the team will increase the likelihood of tension or not.

In other words: In the short time we have during the interviewing process, we have to get to know the candidate as a person, as well as possible.

That is what Fussman, as a world-renowned interviewer, excels at. It is his stated goal to get to know who the other person is. Throughout his career, he interviewed world leaders and celebrities — Mikhail Gorbachev, Jimmy Carter, Jeff Bezos, Richard Branson, Robert De Niro, Bruce Springsteen, Muhammad Ali, to name only a few —, and gave his readers a closer look at their personalities. He used very personal questions like "What was the best lesson your father taught you?", and got a lot out of them.

Still, your goal when interviewing a celebrity or a world leader is a different one than when you interview a job candidate. You want to uncover interesting personal details, facts, and anecdotes about the person.

How and where did they grow up? What was their role in the family? What did they want to become as a child? What were difficult challenges for them as they grew up? Did they like school? Did they have a subject or a teacher that they hated?

Nobody cares if your celebrity interviews are fair or comparable. People won't say: "Hey, I noticed you asked Barrack Obama much harder questions than Al Pacino. There might be some unconscious bias at work there. I suggest you use structured interviews to make them more predictable."

Unconscious bias is not what most people care about when it comes to celebrity interviews. Nor is predictability.

Fussman even says that repeatability and predictability are harmful to a good interview:

"Both the interviewer and the interviewee should at some point not know where the conversation is going. It has to be organic for it to be authentic."

He further argues that interviewing is an art form, and that it takes the right person to conduct it. This, again, runs counter to repeatability and comparability.

As I said, the goals are different. As an interviewer of a famous person, you don't need to predict her performance on some job afterwards. You can fully focus on crafting an interesting conversation.

Whereas, as an interviewer of a job candidate, your prediction of job performance is of vital importance to the organization.

How do you resolve this conflict? On the one hand, you want unbiased, fair interviews that enable objective comparisons between candidates. On the other hand, you want to know enough about the person — the human — to assess if they are a good team fit.

I see two possible ways out.

Solution 1: Different kinds of interviews. Since it is difficult to resolve the goal conflict in one interview, just have multiple interviews with different goals.

One or several interviews should focus on technical topics and be as repeatable and objective as possible.

One interview, though, should be this "get to know the person" kind of interview. You might also call it "soft skills interview", or "personality interview".

The rules for the personality interview are a bit looser than for the technical interviews.For example, you do not have to strictly follow a predefined list of questions. You can freely and spontaneously react to things the candidate says, and let yourself be carried away by topics and new information as they pop up.

There is one important prerequisite for the personality interview: The interviewer must be genuinely interested and curious about the other person. If she is not, the interviewee will notice, and the conversation will seem unnatural and awkward.

Using these two kinds of interviews will result in an assessment of the candidate's technical skills, as well as an assessment of the person's team fit, their main drivers, their values, and their personality. If one of the two does not match the hiring manager's requirements, she should not hire that candidate.

Questions you can use in a personality interview include:

A word of caution, though: Know the laws of your country! Depending on the legal environment you are in, some questions might be off limits. For example, questions for personal preferences, hobbies, and non-work related activities are a grey area that should be handled with care.

Solution 2: Have a social radar. If you are lucky, you have a social radar on your team. A social radar is a person who has natural gift of assessing a person's personality, even if they try to hide it. She can see through the faÃ§ade somebody puts up, and notices when the person is or is not telling the truth. 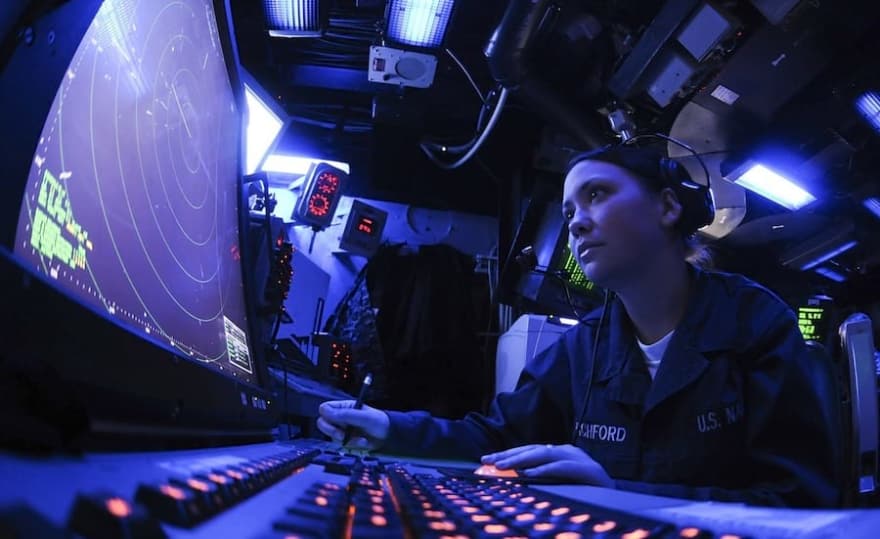 The "original" social radar — at least the first person I read about carrying this title — is Jessica Livingston, who held this "position" at Y Combinator. Paul Graham describes the immense value she contributed to their selection process:

"She's one of those rare individuals with x-ray vision for character. She can see through any kind of faker almost immediately. Her nickname within YC was the Social Radar, and this special power of hers was critical in making YC what it is."

If you have a proven social radar, add her to one of the interviews in your process, or have her conduct a separate interview. This could, of course, be the personality interview mentioned in method 1.

The bad news about social radars is that, in my experience, they cannot be trained. Some people might disagree here, but I found that it's a gift and an art rather than a skill that you can fully acquire with practice.

If the social radar has doubts about a candidate, then you should proceed only with great precaution. Often, they sense things that will not show immediately, but that would do great damage in the long term.

Cookie-cutter interviews — repeatable, comparable interviews — have their value, because they are fairer and reduce the role that unconscious bias can play in a hiring decision.

If you conduct only interviews that are strictly scripted, however, you miss an opportunity to really get to know the person. To do that, a more free-form interview, fuelled by real curiosity, is more appropriate. Consider combining the two in order to predict performance and personality. If you have a social radar on your team, definitely consider including her in the process.

What kinds of interviews do you use to assess candidates? Repeatable ones, or more free form? Both?

I would love to hear your view.

Tom is a people developer, coach, author, and ex engineering manager working with trivago in Germany. He likes JavaScript and is happiest when he can help other people grow.

How to build a documentation culture

What I Look for During an Interview

Tom Bartel
Tom is a people developer, coach, author, and ex engineering manager working with trivago in Germany. He likes JavaScript and is happiest when he can help other people grow.
The Developer's Guide to Hoisting
#javascript #beginners #webdev #interview
From never writing code to becoming a Python dev in 19 steps
#python #career #beginners
How to search faster in Vim with FZF.vim
#vim #fzf #search #productivity