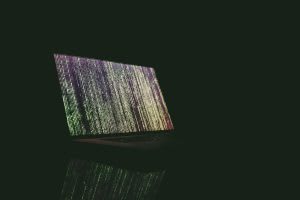 PGP, or its open-source alternative, GPG, is a program used to encrypt data such that only an authorized party can decrypt it. In this introduction, we will cover its use-cases and a high-level overview of the algorithms involved.

Both programs (and others) adhere to the OpenPGP protocol. Because it is an implementation agnostic protocol, people can use the software they are most comfortable with and still send secure messages to each other.

The “pretty good” part of “Pretty Good Privacy” is a hilarious understatement. It uses secure building blocks and remains an extremely private (albeit not very user-friendly) protocol for secure communication.

Asymmetric algorithms allows users to communicate securely without sharing private keys. They are suitable for the encryption of messages meant to be sent over an untrusted medium like emails or text messages.

Symmetric algorithms are computationally fast. They are primarily used to encrypt data at rest, such as files on a hard drive. 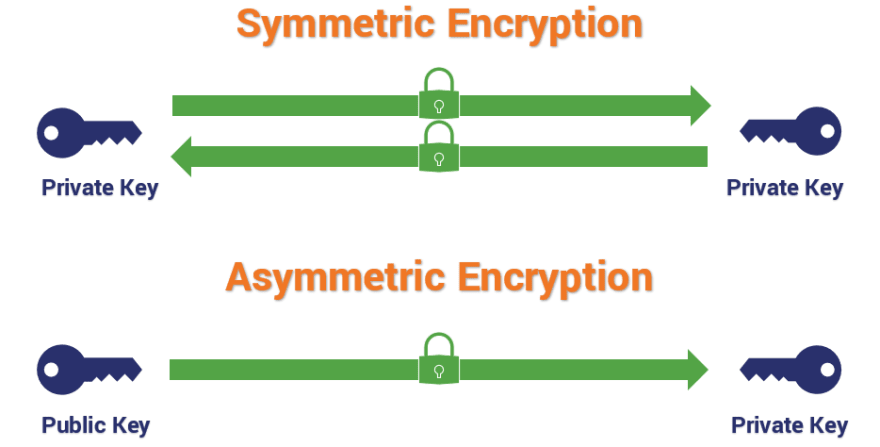 PGP is a hybrid cryptosystem, it takes advantage of certain benefits from symmetric and asymmetric systems. PGP uses asymmetric keys to encrypt symmetric keys, which are used to encrypt messages. This keeps PGP computationally efficient while also allowing users to own their own private keys.

OpenPGP, the protocol to which PGP and GPG adhere, can really be looked at as a set of rules for how we use other encryption and authentication algorithms. There are four main components of a PGP system:

Let’s go through each step of how a PGP message exchange works: 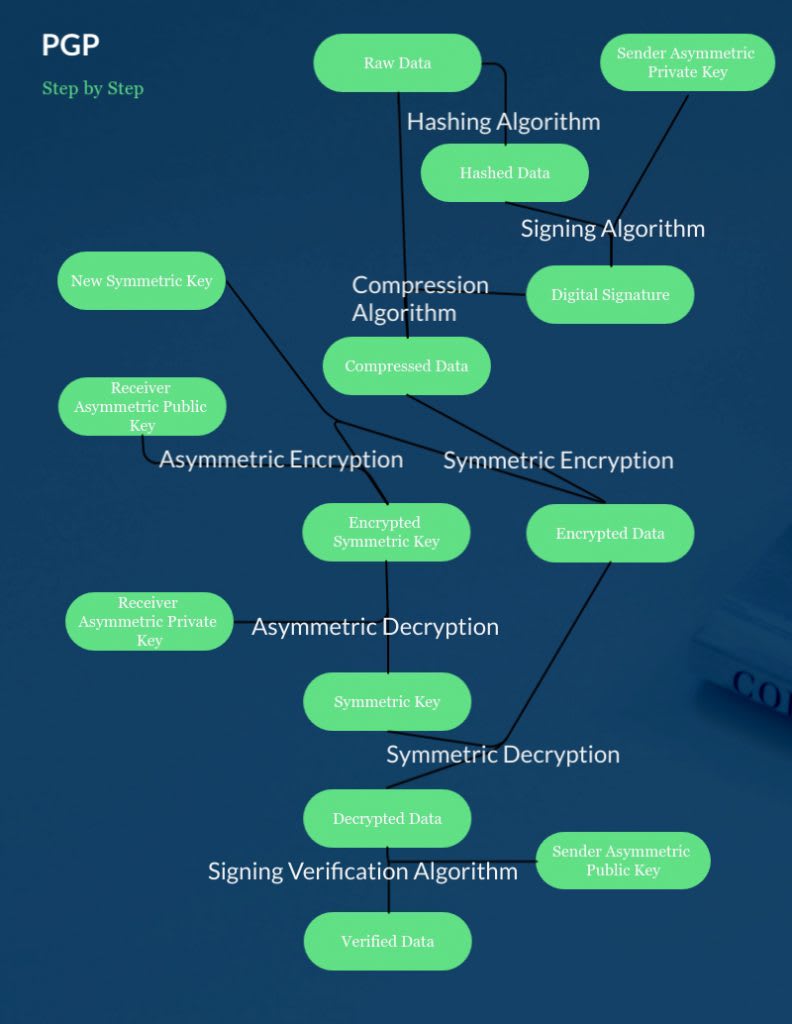 That’s it! If you have questions be sure to reach out on Twitter.

Which Algorithms are Used?

PGP defines in the official RFC 4880 which algorithms must and should be supported by PGP clients. Let’s go over each one.

Implementations SHOULD implement AES-128 and CAST5.

Implementations that interoperate with PGP 2.6 or earlier need to support IDEA, as that is the only symmetric cipher those versions use. Implementations MAY implement any other algorithm.

Implementations MUST implement DS for signatures, and Elgamal for encryption.

RSA Encrypt-Only and RSA Sign-Only are deprecated and SHOULD NOT be generated but may be interpreted.

Implementations MAY implement any other algorithm.

Getting Started with Notary