The concept of a Github Graveyard was started by Isaac Lyman in this dev.to post. The idea is to go through all your old projects that you never touch anymore and remember where you’ve come from to help you get to where you’re going. I loved the idea immediately, and decided to start my own!

Background: This is a simple, single page site, mostly to test out how Github Pages worked. I got the idea on New Year’s 2018, to create a countdown to the next year that looks like the “x days remain” cards from the Legend of Zelda: Majora’s Mask. 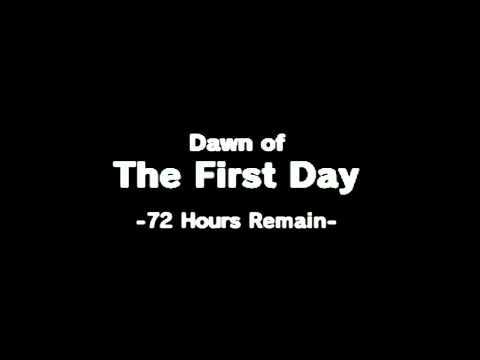 Why it died: This is actually alive at http://aterriblefate.net. There are bugs that have popped up (mostly due to spacing and text sizing) since testing with the date Jan 1 2018 yielded limited results. This was never a serious project, so my attention was grabbed away from this pretty quickly.

Background: An older version of my personal site, built with Jekyll for hosting on Github Pages (now I’m using Gatsby and hosting on Netlify).

Why it died: I didn’t like the design I came up with, mainly. This was also just after I dove headfirst into react, and was itching to try more react-based projects (such at Gatsby!).

Background: As I was learning more about React, I came across some situations where JSX just wouldn’t cut it. In this case I dug into React.createElement directly to create my components. I eventually wrote some login to take some specially formatted JSON, and spit out actual React Components.

The next step was to create a library that cleanly does this for you, rather than the logic I wrote that was wrapped up in other, application specfici logic

Why it died: It had mostly run its course, really. This was more of an exercise in React rather than a final living, breathing project. Rest in Peace.

Background: Before ReactVN was a thing, my first foray into text adventures was a little command line tool. My eventual plan was to have this become a simulation which can generate a series of actions in a fictional world and generate a short story for submission to NaNoGenMo, National Novel Generating Month.

Why it died: I would love to clean this up one day, but a lot of the logic did end up being sort of “spaghetti” by the end of it, fixing and patching bug after bug instead of thinking of the problem holistically. At this point updates and fixes would be incredibly cumbersome and locked to original design ideas. Next step here would be to do massive refactor, to the point of a possible rewrite.

That’s it for part 1! Like many I have a bunch of projects in my past to look over, so look forward to the next one!

Full stack web dev with a lot of experience in JS and PHP, constantly sniffing around to get more broad with skills and languages.

Trending on DEV
Are you more optimistic or pessimistic for the future of the software development career?
#discuss #career
Why You Should Stop Being Scared To Write A Blog Post.
#codenewbie #career
What Do Front-End Devs Think About Safari?
#safari #discuss #webdev
Do you lose your technical skills once you're an IT manager, team lead for a group of developers, or CTO for too long?
#career #coding
What was your win this week?
#discuss #weeklyretro
Should remote workers be paid differently based on location?
#career #salary #remote #discuss
May 22nd, 2020: What did you learn this week?
#weeklylearn #discuss #weeklyretro
What are your worst habits as a developer?
#discuss