Today we going to explore Polymorphism and how that is actually doable in Rust.
For those that have not done any OOP language yet, Polymorphism is just a fancy term for behaving or being polymorph. For example a instance of something can also be or behave as something else. In Java, you would use interfaces to declare some behaviour that can be implemented by a class. So one class can implement one or many interfaces. In rust there are only structs no classes and traits that act as interfaces. As simple as that.

We want to implement a very basic hexdump tool that either accepts a file as argument or reads from stdin if that file is not provided.

or without a file

Q: How to read from a file
A: BufReader::new(File::open(file))

So it seems that stdin().lock() and BufReader::new() seems to have something in common that. The both allow to read bytes from them. Well, we come to this in a moment. Let's dump the full code for now:

So the thing that both (stdin().lock() and BufReader::new()) have in common, the both implement the trait BufRead
at the declaration we can see pub trait BufRead: Read that means that the BufRead extends Read by some more methods.

Cool, let's ask the compiler how he likes it.. 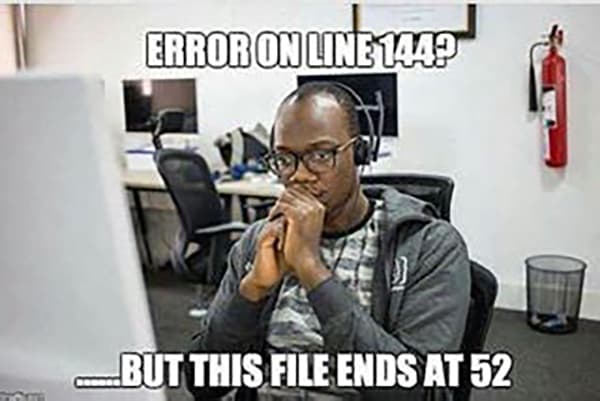 well, that would be too easy.
It took me actually a bit time to gasp the problem, I read the docs and not got much further until I realized that traits should not be used as direct types but rather as "marker".

Version 1: the impl on anonymous type

So here we not name any type and just say that whatever type we provide it will implement the trait BufRead. And by doing so the compiler is perfectly fine with everything.

I was curious if generics are not as well capable of solving this. Just with the difference that the compiler might be able to do further optimizations.

so in <> we specify a type T that implements BufRead that is called a bound generic in rust.

When you implement traits you will see that syntax quite often, so it is worth to mentioning the where syntax

Here we name the bounds of the generic by the word where directly before the body {} braces. More than just one can be appended by ,.

to not miss out the other functions, even thou they are not showing much here you go:

So we have now learned how we can use anonymous types or generics to make use of loosely couple our functions to traits instead of tightly couple them to the real structs that they are. That is also sometimes referred to as the Open Close Principle

Further reading about subtle differences can be found on reddit

the title image belongs to Blizzard Entertainment and is available under CC BY-NC-SA 3.0.

Please don't forget to share your feedback, and let me know what was your learning if there was any. If you have more variants that I missed, please share them.

Once suspended, 5422m4n will not be able to comment or publish posts until their suspension is removed.

Once unsuspended, 5422m4n will be able to comment and publish posts again.

Once unpublished, all posts by 5422m4n will become hidden and only accessible to themselves.

If 5422m4n is not suspended, they can still re-publish their posts from their dashboard.

Once unpublished, this post will become invisible to the public and only accessible to Sven Kanoldt.

Unflagging 5422m4n will restore default visibility to their posts.