If you are a new or experienced developer, you have to use source control. And good chances are you are using Git to manage your source code.

And to use Git to its full potential, you need to know Git commands. Here you will learn the most helpful Git commands that will take you from one level to another.

To make this Git commands guide more helpful, I have divided the guide into three different sections: Basic, Intermediate, and Advanced Git commands.

This is an epic guide. And to make it more useful, I have added a Bonus section where you can download 51+ Git commands and a few more downloads to boost your productivity in Git.

In this section, you will learn the essential Git commands. These basic Git commands are the foundation to learn more advanced commands.

Git config command is super helpful. Especially when you are using Git for the first time, or you have a new Git installation. This command will set up your identity — Name and Email address. And this information will be used with every commit.

As its name implies, it’s just to check which version of Git you are using. At the moment, writing this guide, the latest version of Git for Windows is 2.31.1. It was released on 27th March 2021.

This is probably the first command you use to start a new project in Git. This command will create a blank new repository, and then you can store your source code inside this repo.

Or you can use the repository name with your git init command.

The git clone command internally uses the git init command first and then checks out all its contents.

The Git add command will add all the new code files or modified files into your repository. This command offers different options to add files and folders.

Here is the usage of the Git add command.

(it will add single file to your the staging area)

This Git command is essential. Your project quality may drop if you will not use this command appropriately.

There is another article about how to use Git commands property, and you can read that here.

In simple words, git commit will add your changes to your local repository.

This Git command is convenient to see how many files are there which need your attention.

You can run this command at any time. You can use it in between Git add, and Git commits to see the status.

Most of the time, you have multiple branches in your Git repository. In simple terms, the branch is an independent line of code development.

With the Git branch command, you can manage your branches effectively. There are many different options and switches of the Git branch.

To make it simple, here I will highlight how you can create and delete a Git branch. And, in case you need more depth, you can refer to — Git Branching & Merging section of this article

This Git command is used to switch between branches. This is one of the powerful git commands and can use used as a swiss knife,

In simple words, here is the syntax to switch to another branch.

Also, you can create and checkout to a branch in a single like, here is the usage for that

After the basic Git commands, it’s time to share with you intermediate Git commands; these Git commands are super helpful if you need to collaborate with your team, share your code with others.

Also, there are commands like Git log that will help to see the history of previous commits.

Git remote command acts like a border, and If you need to connect with the outside world, you have to use the Git remote command. This command will connect your local repository to the remote.

Once you are connected with the remote repository (with the help of the git remote command), it’s time to push your changes to that repository.

You should have origin and upstream set up before you use Git push. And here is the command to set up upstream.

When you need to download other team members’ changes, you have to use git fetch. This command will download all information for commits, refs, etc.,

so you can review it before applying those changes in your local repository.

The Git pull command downloads the content (and not the metadata) and immediately updates your local repository with the latest content.

This Git command temporarily stores your modified files. You can work in stashed with the following Git command.

And if you need a apply a stash to a branch, simply use apply

With the help of the Git log, you can see all the previous commits with the most recent commit appear first.

The shortlog command shows you a summary from the Git log command. This command is helpful if you are just interested in the short summary.

This command is helpful to see who worked on what as it group author with their commit.

Compared to the Git log, this command git show will show you details about a specific commit.

Sometimes you need to delete files from your codebase, and in that case, you can use the Git rm command.

It can delete tracked files from the index and the working directory.

Git merge helps you to integrate changes from two branches into a single branch.

This command will merge the into your current selected branch.

And now the time to up one more level. In this section, you will learn the advanced Git commands. These commands will take time and practice. Once you know the basics of these commands, it will be easy to use them every day.

Git rebase similar to the git merge command. It integrates two branches into a single branch with one exception. A git rebase command rewrites the commit history.

You should use the Git rebase command when you have multiple private branches to consolidate into a single branch. And it will make the commit history linear.

With Git bisect you can narrow down the broken code within a few minutes.

Git cherry-pick is a helpful command. It’s a robust command and allows you to pick any commit from any branch and apply it to any other branch.

Git cherry-pick doesn’t modify the history of a repository; instead, it adds to the history.

Git archive command will combine multiple files into a single file. It’s like a zip utility, so it means you can extract the archive files to get individual files.

It will create a zip archive of the current revision.

Most of the time, you need to do rebase (and no merge) when you use Git pull.

In that case, you can use the option
$ git pull — rebase

It will help you to keep the history clean. Also you can avoid multiple merges .

If you need to examine the content of any file line by line, you need to use git blame. It helps you to determine who made the changes to a file.

In Git, tags are helpful, and you can use them to manage the release. You can think of a Git tag like a branch that will not change. It is significantly more important if you are making a public release.

The git verify-commit command will check the gpg signature. GPG or “GNU Privacy Guard” is the tool used in sign files and contains their signatures.

In the same way you can confirm a tag.

Most Of the time, you need to compare two git files or branches before you commit or push. Here is a handy command to do that.

Git citool is a graphics alternative of the Git commit. 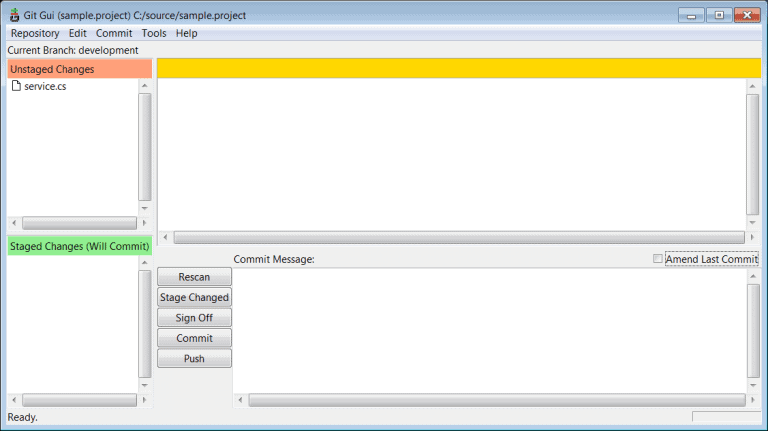 To rename a git file. It will accept two arguments, source and target file name.

In case you want to deal with tracked files you need to use the Git reset command.

There are many commands in Git, and if you need more help with any command, you can use git help at any time from the terminal.

This command does the same thing as git log but in a raw form. And it’s in the git because of historical reasons.

As not, you know the Git commands, and it is time for the bonus section.

Here I will share with you Git best practices and downloadable material so you can read in your own time.

I hope you enjoyed this article. These Git commands will take your skills to the next level.

How to clone a Django project from Github and run it locally (MAC IOS).

aCompiler
My name is Rajeev Bera, I am the founder of https://acompiler.com My promise: I will help you to learn better, earn better, and live a better life.
Parallel Programming In Git
#git #github
How to DIG in Git: Best Practices
#git #opensource #productivity #tutorial
How you can Boost your Productivity and Code Quality in 5 days ... (PROVEN TECHNIQUE)
#git #tutorial

Once suspended, acompiler will not be able to comment or publish posts until their suspension is removed.

Once unsuspended, acompiler will be able to comment and publish posts again.

Once unpublished, all posts by acompiler will become hidden and only accessible to themselves.

If acompiler is not suspended, they can still re-publish their posts from their dashboard.

Once unpublished, this post will become invisible to the public and only accessible to aCompiler.

Thanks for keeping DEV Community safe. Here is what you can do to flag acompiler:

Unflagging acompiler will restore default visibility to their posts.