Maintaining an open-source package can be a time-consuming task. Issues to be triaged, pull requests to be reviewed and changelogs to write. Publishing new versions of the code is usually done manually and making it automated is often on the back-burner of the maintainers' to-do list. There are a couple of key features of a rock-solid release process, the changelog, Git tags, NPM versions, and enforcing Semantic Versioning. Keeping all these in sync makes it so users understand changes in a release and understand how to keep up-to-date. Maintainers who fail to perform all of these steps will have a hard time triaging issues, which leads to more time debugging and less time spent coding. I recently came across a combo of tools, semantic-release and Github Actions, which made the entire release process automated, transparent, and simple to understand.

semantic-release automates the whole package release workflow including: determining the next version number, generating the release notes and publishing the package.

Trust us, this will change your workflow for the better. – egghead.io

semantic-release uses the commit messages to…

Before we talk about implementation, it's important to understand what work our tools will perform. That way, if there are problems or modifications, we can fix them. semantic-release is going to do the majority of the work here, they say it best on their README.

It automates the whole package release workflow including determining the next version number, generating the release notes and publishing the package.

The Next Version Number

During a release, to determine the next version number, the tool reads commits since the last release. It knows your last release by looking at your Git tags. Based on the type of commit, it can determine how to bump up the version of the package. For this to work, commits need to be written in a certain way. By default, semantic-release uses the Angular Commit Message Conventions. This is critical because consumers of the package need to know if a new version releases a new feature, introduces breaking changes or both. For example, if someone commits fix(pencil): stop graphite breaking when too much pressure applied, semantic-release knows this contains a fix and to create a patch release. This will increase the version in the minor version range (0.0.x).

Never seen this type of versioning before? Check out Semantic Versioning.

After analyzing all the commits, it takes the highest priority type of change and makes sure that is the one that is applied. For example, if two commits were introduced since the last release, one breaking (x.0.0) and one minor (0.0.x), it would know to just up the version by breaking range.

Once it has done finding out what type of release the next version is, changelog notes are generated based on the commits. semantic-release doesn't use conventional CHANGELOG.md file to notify users of what has changed, it does so with a Github Release which is attached to a Git tag.

An example of a Github Release that semantic-release generates and pushes on builds.

So semantic-release will be the tool to perform most of the work, but we still need a service to run the tool on. That is where Github Actions comes into play. When pull-requests are merged into master (or any base branch you configure), Github Actions will run a job that simply runs semantic-release with your configuration. All of the work we described previously will be performed.

An example of a Github Actions run using semantic-release to publish a new release.

Let's go over the steps which will make this all run smoothly.

And that's it! You have a fully automated package release process 🎉

I implemented this on a repo we recently open-sourced at Yolk AI. It's named next-utils and everything described here can be found there.

🥩 🍳 A set of Next.js HoC utilities to make your life easier

A set of Next.js utilities to make your life easier.

React Higher-Order Components for use with Next.js, enabling simple, server-side-render-compatible configuration of functionality such as:

This module is distributed via npm which is bundled with node and should be installed as one of your project's dependencies:

React higher-order component (HoC) which wraps the App component and:

Another great thing about using semantic-release with Github Actions is that it has out-of-the-box support for bot comments. It will go into every issue and pull-request closed since the last release and comment to make sure everyone is aware. Here is an example: 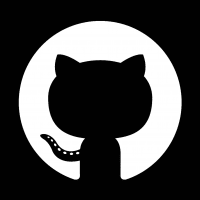 This issue has been resolved in version 1.0.0

The release is available on:

If you liked this post, check out more at https://blog.alec.coffee and signup for my newsletter