. Program: A Program is a set of instructions written in a Programming language for solving a problem.

Assembler: It is a program which will translate Assembly language programs to Machine language.

Compiler: It is a program which will translate a High level language program to Machine language.

Interpreter: It is a program which will translate and execute a High level language program one statement at a time.

Object Program : It is a Machine language program generated by the Compiler or Assembler as Output.

Algorithm : It is a step by step procedure written in our own language for solving the problem.

Flow Chart : It is a pictorial representation of steps for solving the problem.

** Flow Chart to convert temperature from degrees Centigrade to Fahrenheit. 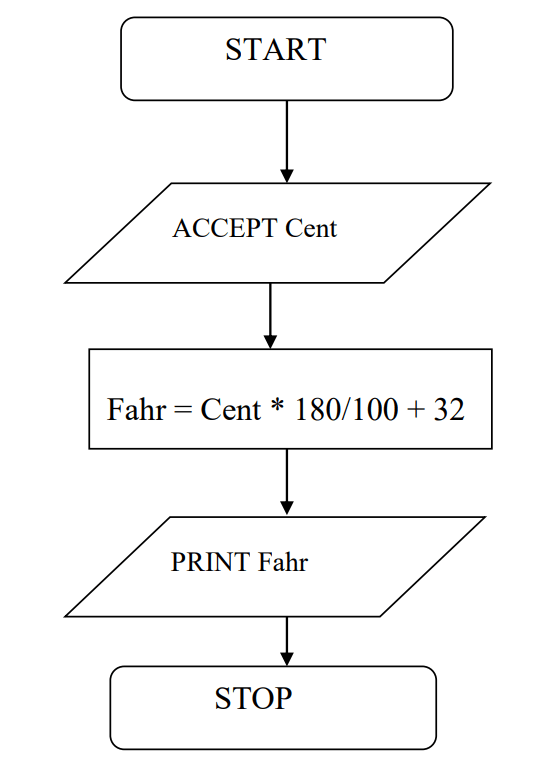 ** Python Program to convert temperature from degrees Centigrade to Fahrenheit.

Python is a general-purpose, interpreted, high level programming language.
It’s very popular and easy to learn.
It was initially designed by Guido van Rossum in 1991 and developed by Python software foundation.

. Variable names: These are the names of the memory locations whose contents can change during the execution of a program.
A variable will have a name, type and value.
Basic data types in python: int, float, str, bool

.. Thank you for reading,
Almuhannad

From my point of Vue: Vue 3 Ecosystem

How to create dictionary with two lists in Python