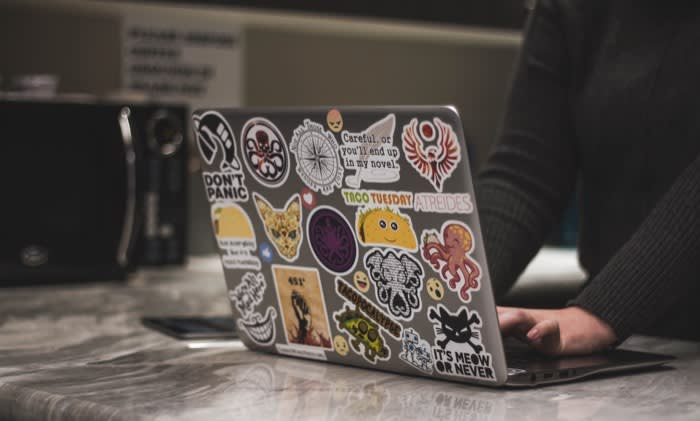 I hear people referring to “professionalism” — “he is being unprofessional”, or “she always acts professionally” — and yet I don’t think we really know what we’re talking about when we use that term. I say “we” because I’m guilty of this too. Cat knows that I’ve used “you’re being unprofessional” as shorthand for “you did something I didn’t like”, but I am trying to do better.

The idea of “professionalism” is used in the workplace1 to keep us in line, to make sure we don’t color outside the lines. But when we say “act professionally”, we are seldom pointing at anything that has to do with the actual way that person performs their job — their profession. For example, when we say about a software engineer that she is not “being professional”, we never mean by that that her code lacks documentation or is unmaintainable or that she doesn’t collaborate well with others. Typically we use the term to mean that the subject was somehow irresponsible or unreliable, perhaps too emotional or “irrational”2. We use it as a shorthand to mean “not as you should be”, and are too lazy to define exactly what are we trying to say, what is it that we want to change.

“Professional” means different things in different environments, and we never bother to clarify in which ways is it different here vs there, we just expect employees to “pick up on it”. Working at Google, at first I marveled at the wonderful freedom from the conventional trappings of professionalism: you don’t need to wear business clothes, nobody cares about your appearance and you are free to do good work and be judged solely on its merits. But gradually I came to realize that it wasn’t quite true — it’s not that at Google there isn’t a norm of “professionalism” that you have to conform to, it’s just that it is a different uniform (and there are different uniforms for employees in different functions — what’s ok in sales is not ok in engineering, and vice versa). So maybe there is a little bit more leeway in what is acceptably “professional” at Google, but there are still boundaries. You are welcome to be weird, but only as long as you are the right kind of weird — you definitely don’t want to be an engineer wearing a blazer to work, or appearing too feminine, or admitting that you vote Republican.

One piece of this idea of “professional” is this image of the very reasonable, perfectly logical person. There is an ideal here of the perfectly rational white man. It means that excessive emotion is not welcome, except in the places where it is required: you should be passionate about the mission, and the company itself, of course. But be sure to not appear too frustrated or upset, or you’ll be deemed childish or lacking grit.

In the classic management book Peopleware, DeMarco and Lister tell the story of a company where upper management sent a memo to employees forbidding the popping of corn in the breakroom microwave. “Popcorn is not professional”, the memo said. DeMarco and Lister go on to posit that “unprofessional” is a term used by weak managers to characterize “surprising and threatening” behavior, anything that is “different from average”. It seems to me there is something here about control from management, about not wanting to consider whatever is happening on its own merits (or lack thereof). The shorthand of the conventional or ordinary — “average” — as a substitute for thinking.

Tema Okun’s paper White Supremacy Culture, in which she describes common characteristics of white supremacy that show up in organizations, touches on several aspects that are closely related to this idea of “professionalism”. Okun says, “The characteristics […] are damaging because they are used as norms and standards without being proactively named or chosen by the group. “ The sections on “Objectivity”, “Only One Right Way” and “Paternalism” feel very relevant. The paper is filled with a treasure trove of “antidotes” to these characteristics. As a taste, here are Okun’s proposed antidotes to the “Objectivity” pattern:

realize that everybody has a world view and that everybody’s world view affects the way they understand things; realize this means you too; push yourself to sit with discomfort when people are expressing themselves in ways which are not familiar to you; assume that everybody has a valid point and your job is to understand what that point is; recognize that we can know things emotionally and intuitively in ways that we may not be able to explain “rationally;” understand that often “rational” thinking is actually an emotional response couched in logic

So next time you want to use the word “professional”, stop and ask yourself what is it that you really mean. Find a more accurate word for what you want to convey. Then, if this is still something you want to express, go ahead and use that more precise, less wishy-washy word.

Ana Ulin 😻
I'm a programmer. I enjoy automation, cats, and collaborating.
How To Write Better Job Descriptions
#work #management #hiring
Things Nobody Told Me About Being a Software Engineer
#career #industry #work #discuss
Why Do We Have “Performance Evaluations”, Anyway?
#management #career #work

Once suspended, anaulin will not be able to comment or publish posts until their suspension is removed.

Once unsuspended, anaulin will be able to comment and publish posts again.

Once unpublished, all posts by anaulin will become hidden and only accessible to themselves.

If anaulin is not suspended, they can still re-publish their posts from their dashboard.

Once unpublished, this post will become invisible to the public and only accessible to Ana Ulin 😻.

Thanks for keeping DEV Community 👩‍💻👨‍💻 safe. Here is what you can do to flag anaulin:

Unflagging anaulin will restore default visibility to their posts.