Jupyter notebook is one of the famous interactive python environment. It runs in your web browser in your localhost address.

1. Install termux app (can be installed from android playstore or Fdroid )

2. Any web browser (if already present like chrome, firefox then not needed )

Goto termux and open it, if its your first time installing termux the it may take few seconds to install its dependencies.

Now type in the termux terminal:

These commands updates all necessary dependencies of the termux with latest updates.

Now we need to install python, for this type in terminal :

This installs python 3 package to your termux. The python package comes with all basic modules and pip too. For checking if the python is installed correctly type in terminal :

_You will see >> appearing , which confirms our install. Now, press ctrl+d which exit you from python. _

let's upgrade our pip to latest version , for this type:

Finally we can now proceed to install jupyter notebook by pip but first we need to download clang (converts our program into object, for machine execution) , fftw and others. Now, type in terminal:

_Type this in the terminal to download jupyter notebook. _

After, jupyter is installed, type in terminal: 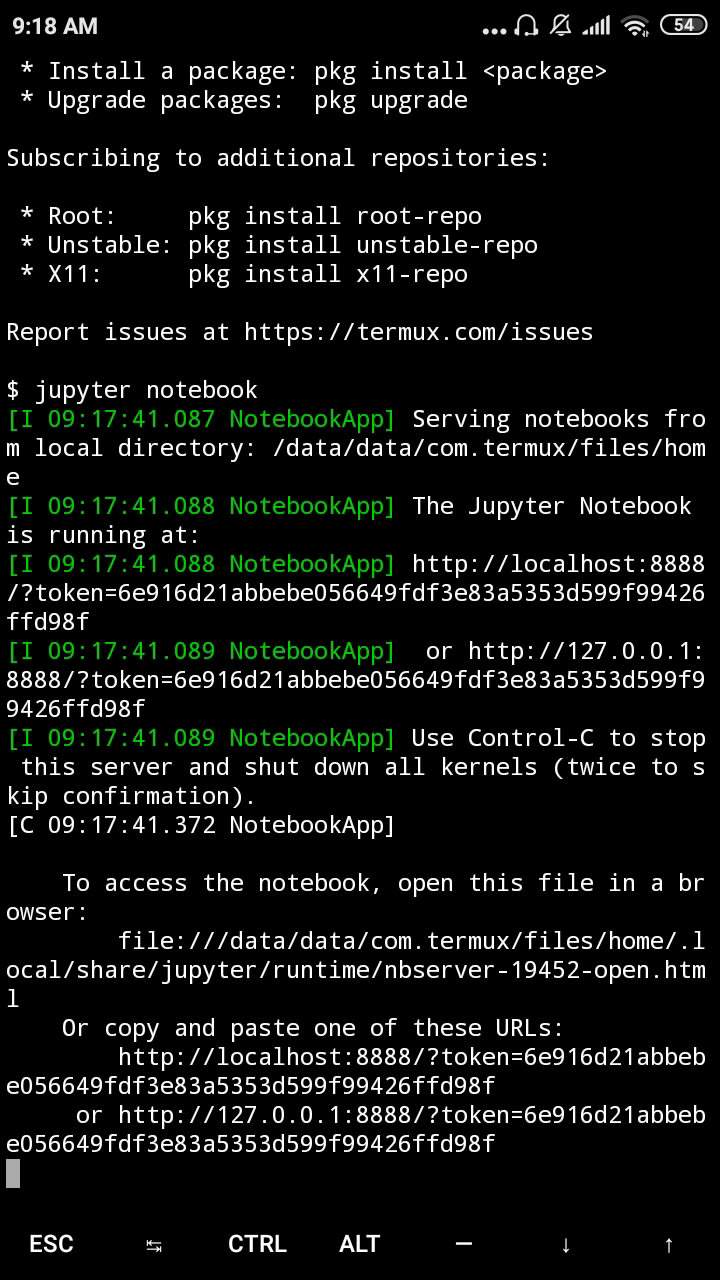 The output in terminal clearly shows to access the notebook we can open by coping any of those 3 lines , you can go copy http://localhost one and paste it in your browser and something like this will be seen : 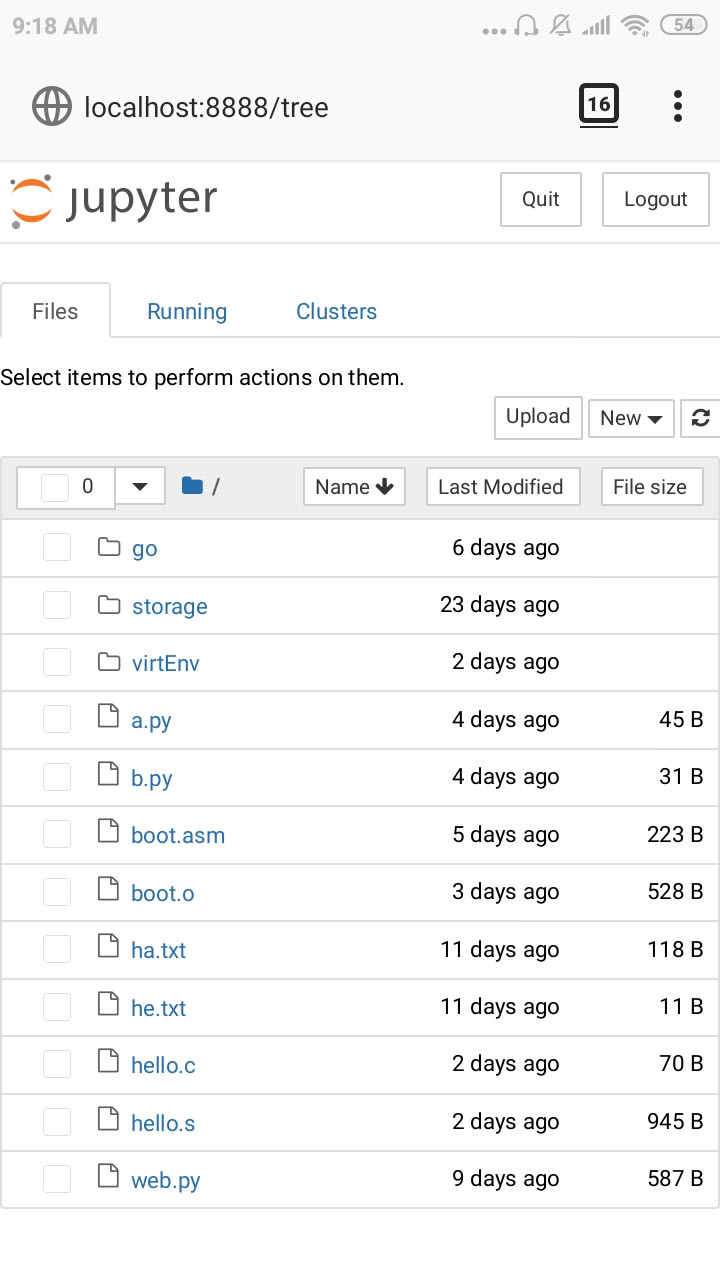 Now, to work on notebook, you can create a notebook and work on. 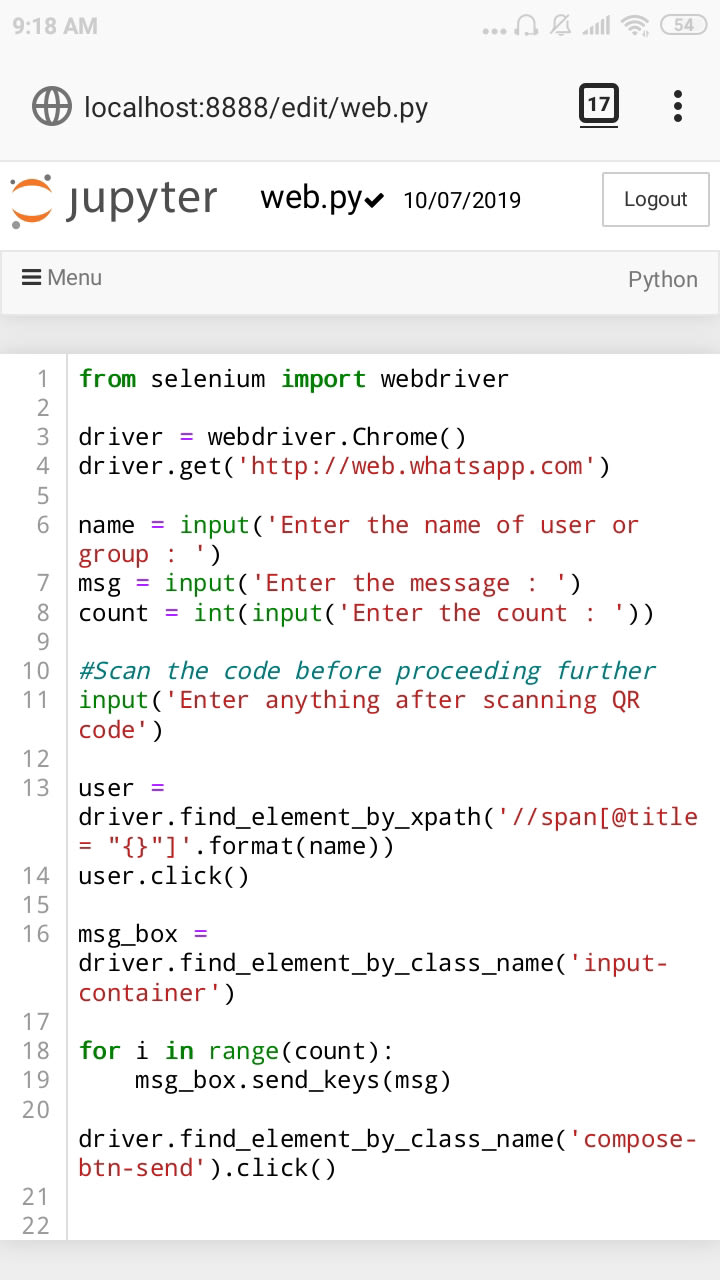 Back in terminal press ctrl+c to quit the notebook.

You can further install your required packages such as numpy, matplotlib and pandas too.

For this type in terminal:

There you go, with jupyter notebook. If you want other packages you can easily install with pip.

Visual Studio Code on the Cloud

azwyane
EXIT_SUCCESS
Music Monday — What are you listening to? (Rock Edition 🤘)
#watercooler #music #discuss
Meme Monday 😬
#jokes #discuss #watercooler
15,000 GH stars in a year: how we did it 🤩
#opensource #career #devjournal #programming

Once suspended, azwyane will not be able to comment or publish posts until their suspension is removed.

Once unsuspended, azwyane will be able to comment and publish posts again.

Once unpublished, all posts by azwyane will become hidden and only accessible to themselves.

If azwyane is not suspended, they can still re-publish their posts from their dashboard.

Once unpublished, this post will become invisible to the public and only accessible to azwyane.

Thanks for keeping DEV Community 👩‍💻👨‍💻 safe. Here is what you can do to flag azwyane:

Unflagging azwyane will restore default visibility to their posts.