This post is going to get you running a language specific Jenkins Agent. In the example we are going to follow, we will setup a Jenkins Agent running Go. This means you will be able to run Go builds within your local Jenkins instance. This method can then be extrapolated to other languages.

All of the example code used throughout this post is in a GitHub Repo.

Since we are building our own agent, we need to define a Dockerfile that is based on a Jenkins agent. From that base, we will then install Go.

From the example repo, let's look at the Dockerfile:

Although the above code is curated, let's explain each stage.

Now we have defined the image, we want to build it. The easiest way to build the image, is to run this command:

This command will take the Dockerfile defined by -f, and call the image jenkins-agent:go using the -t argument. The last aspect of the command agents/go explains the context that docker build should build in (which is the folder the Dockerfile is defined in).

In the benmatselby/jenkins-example repo, I've created a Make target that is agnostic of the language you may be using:

The more Dockerfiles we add into the repo, e.g. Node, Python, PHP, etc, the command will still work.

Not to cover old ground, at this point you can re-use the "Getting started with Jenkins: Agents" post to connect your agent.

Differences I would recommend:

Pulling the solution together

If you have followed the previous post to setup your agent, you should now be able to define a new job with the go label.

Let's create a Freestyle project called go-project. This time let's set the Restrict where this project can be run to go. 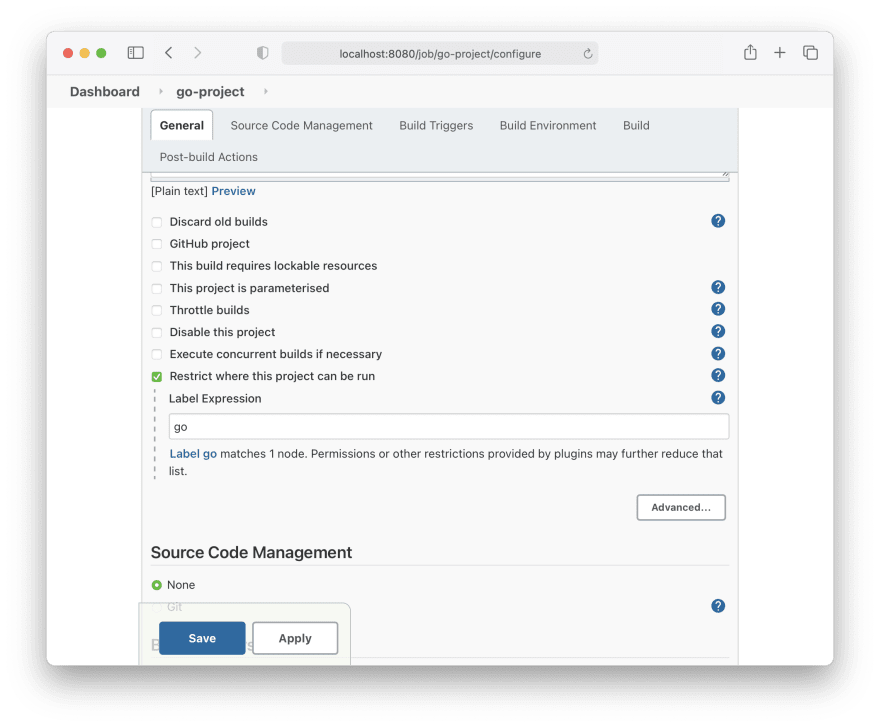 Leave everything else as default (for this post, but feel free to play around later), and set the shell command to go version. 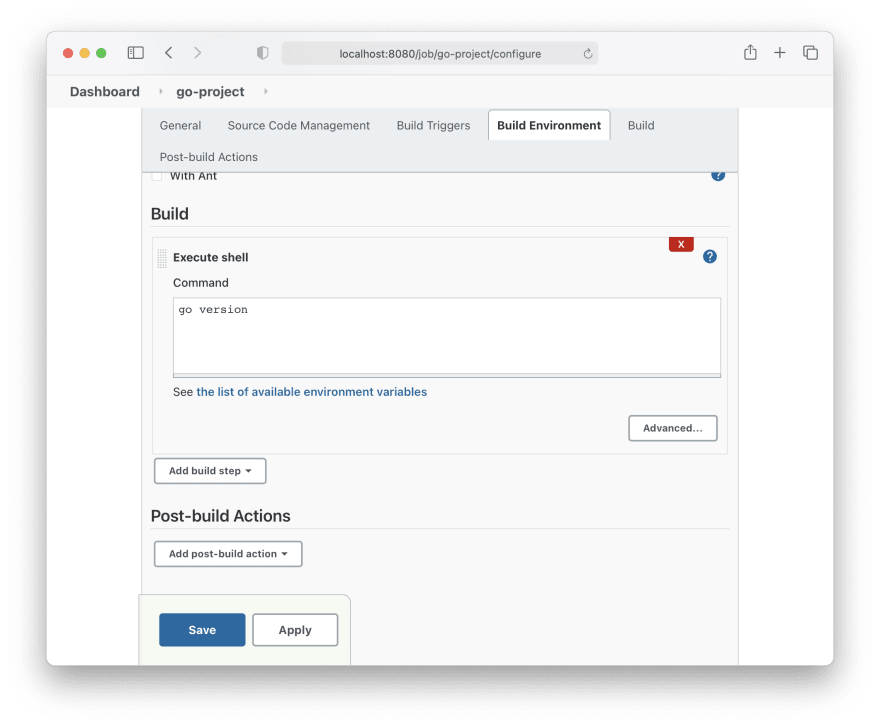 Now click Save, and you will be taken back to the Job. Click Build Now. After a few moments, you will See #1 appear in the Build History on the left hand side. Click on the blue ball. You will see the version details for Go. 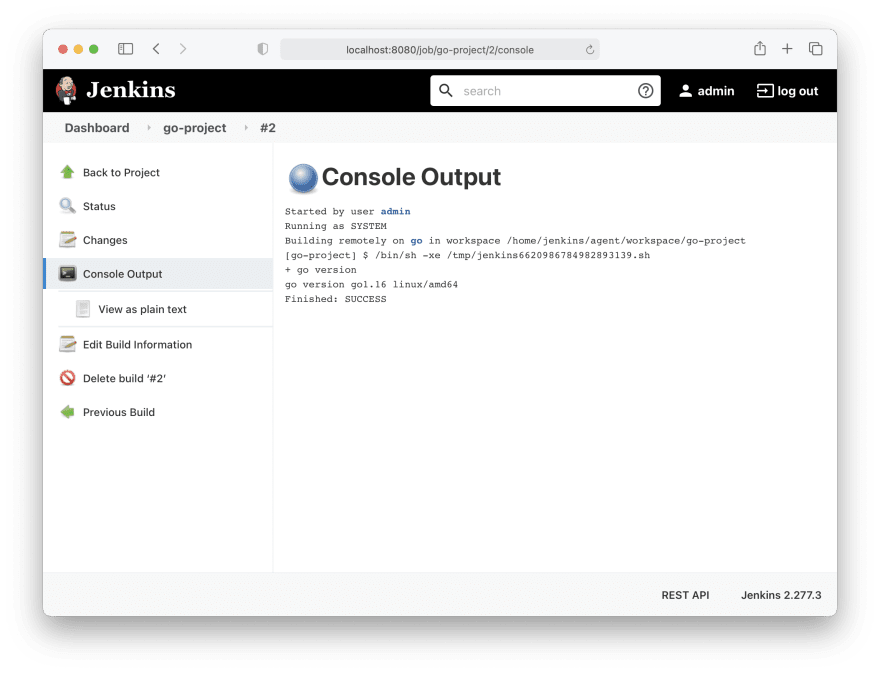 Want to go further? Then you could:

This was a quick overview for getting a language specific Jenkins agent connected to the Jenkins controller application.

Photo by Alexander Schimmeck on Unsplash.

Once suspended, benmatselby will not be able to comment or publish posts until their suspension is removed.

Once unsuspended, benmatselby will be able to comment and publish posts again.

Once unpublished, all posts by benmatselby will become hidden and only accessible to themselves.

If benmatselby is not suspended, they can still re-publish their posts from their dashboard.