But, what this finally enables is frictionless development with WSL on Windows machines. Anyone that has used Jetbrains' IDEs with WSL knows about indexing problems, git issues etc. With remote development all of these go away since all that is done on the actual WSL system and presented to you on the Windows side with the new JetBrains Client.

Setting up remote development is easy and I'm gonna show you how...

As I said previously, if you have all of the requirements satisfied setting up the project is really easy.
When you open up your editor you're going to be presented with a project selection screen as usual but with a new remote development option 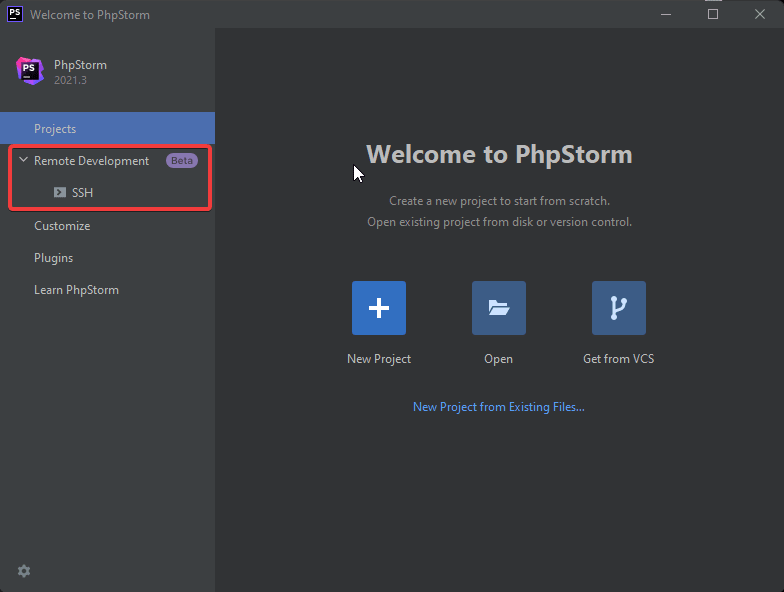 So, select this new option and let's continue. You are going to be asked your SSH username and server address. The address is "localhost" in case of WSL and the username is the one you chose during installation.
After that it's time to select your IDE, select whichever one you're using and select the folder of your project.

Note: If you're having problems with IDE backend installation you can use "other options" and upload the installer file manually.

When everything is finished the JetBrains Client will launch and you are ready to start developing.

As this feature is still in beta some issues are to be expected. For example the IDE backend installation will fail in some cases but there is a manual workaround. Also, database tools have some weird issues, as well as the occasional UI glitch. Other than that, once it's out of beta it's definitely going to be the tool of choice when working with remote machines.

Once unpublished, this post will become invisible to the public and only accessible to Robert Radošić.