Default iOS build configurations, Debug and Release, might be enough for the beginning, but sooner or later you will probably need to extend the number of build configurations in your app. While this is pretty straightforward in native development, unfortunately, it is not in React Native.

Debug configuration builds the complete symbolic debug information without any code optimizations to facilitate debugging applications. In Release configuration code execution is optimized and symbolic information is not included in build which results in a smaller size of the final executable. Release builds will execute faster although due to compiler optimizations you can expect differences in memory layout or initialization which might result in so-called "Release-only" bugs. 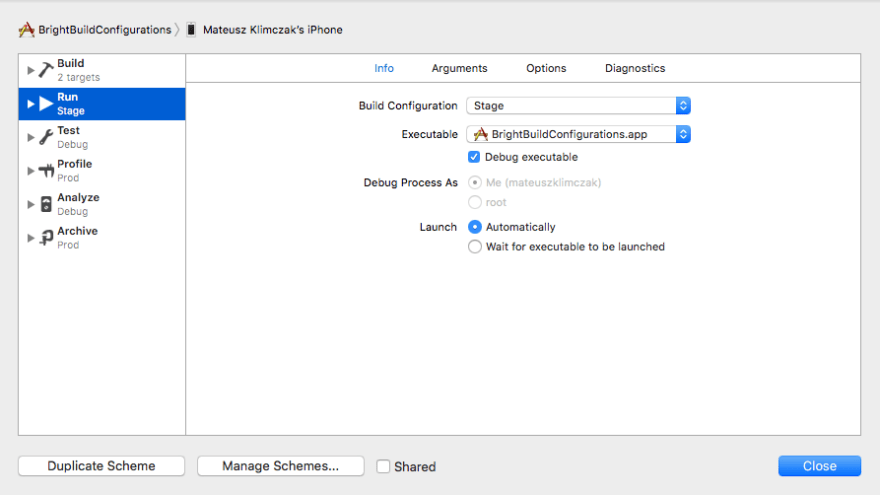 To start the iOS app with build configuration specified in React Native you can simply run:

Unfortunately, this will fail for any Release-based configuration with an error saying that it cannot find RCTBundleURLProvider in AppDelegate: 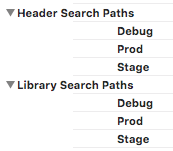 Add an entry to Headers Search Paths for each new Release build configuration:

Add an entry to Library Search Paths for each new Release build configuration:

Next, do the same for all Test targets, otherwise the command will still fail.

Eventually, you can start the app with specified build configuration:

and it should run without any problems.

Every cloud has a silver lining

Defining iOS build configurations different than Debug and Release in React Native can be really frustrating without any previous experience. However, with a little guidance, it can be a quick and painless process.

If you are interested in how to set up different Google configurations for each build configuration I recommend you reading this tutorial. Although it is written for native development, you can set up Run Scripts exactly the same in React Native.

How to fix KeyboardAvoidingView in React Native?