We have always been storing the programs and data that we need onto our computer’s hard disk and accessing it whenever required. This is computing. But now technology has taken over and the need to store everything on your physical hard disk is no longer there. Here, Cloud Computing comes into picture. Cloud Computing is the method of computing in which the data and programs are stored over the Internet and not on your hard disk. The Internet is referred to as the Cloud in ‘Cloud Computing’.

What is cloud computing ?

Cloud computing is the delivery of on-demand computing services — from applications to storage and processing power — typically over the internet and on a pay-as-you-go basis.

How does cloud computing work?

Rather than owning their own computing infrastructure or data centers, companies can rent access to anything from applications to storage from a cloud service provider.

One benefit of using cloud computing services is that firms can avoid the upfront cost and complexity of owning and maintaining their own IT infrastructure, and instead simply pay for what they use, when they use it.

In turn, providers of cloud computing services can benefit from significant economies of scale by delivering the same services to a wide range of customers.

What cloud computing services are available?

Cloud computing services cover a vast range of options now, from the basics of storage, networking, and processing power through to natural language processing and artificial intelligence as well as standard office applications. Pretty much any service that doesn’t require you to be physically close to the computer hardware that you are using can now be delivered via the cloud.

Over the past there years, job searches that included keywords related to the top cloud providers, such as “Google Cloud,” “Azure,” or “AWS,” increased by 223%, the report found. Job listings that included these terms in the description rose by 101% over the same time frame.

Why is it called cloud computing?

A fundamental concept behind cloud computing is that the location of the service, and many of the details such as the hardware or operating system on which it is running, are largely irrelevant to the user. It’s with this in mind that the metaphor of the cloud was borrowed from old telecoms network schematics, in which the public telephone network (and later the internet) was often represented as a cloud to denote that the just didn’t matter — it was just a cloud of stuff. This is an over-simplification of course; for many customers location of their services and data remains a key issue.

What are examples of cloud computing?

Cloud computing underpins a vast number of services. That includes consumer services like Gmail or the cloud back-up of the photos on your smartphone, though to the services which allow large enterprises to host all their data and run all of their applications in the cloud. Netflix relies on cloud computing services to run its its video streaming service and its other business systems too, and have a number of other organisations.
§Cloud computing is becoming the default option for many apps: software vendors are increasingly offering their applications as services over the internet rather than standalone products as they try to switch to a subscription model. However, there is a potential downside to cloud computing, in that it can also introduce new costs and new risks for companies using it. 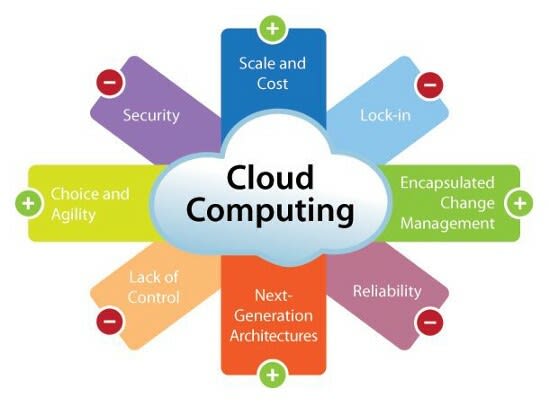 Public cloud services serve as the one bright spot in the outlook for IT spending in 2020. Cloud spending in many regions is expected to grow rapidly as economies reopen and more normal economic activity resumes, with regions such as North America expecting to return to higher spending levels as early as 2022.

Cloud computing can be broken down into three cloud computing models. Infrastructure-as-a-Service (IaaS) refers to the fundamental building blocks of computing that can be rented: physical or virtual servers, storage and networking. This is attractive to companies that want to build applications from the very ground up and want to control nearly all the elements themselves, but it does require firms to have the technical skills to be able to orchestrate services at that level. Research by Oracle found that two thirds of IaaS users said using online infrastructure makes it easier to innovate, had cut their time to deploy new applications and services and had significantly cut on-going maintenance costs. However, half said IaaS isn’t secure enough for most critical data.

Platform-as-a-Service (PaaS) is the next layer up — as well as the underlying storage, networking, and virtual servers this will also include the tools and software that developers need to build applications on top of: that could include middleware, database management, operating systems, and development tools.

Software-as-a-Service (SaaS) is the delivery of applications-as-a-service, probably the version of cloud computing that most people are used to on a day-to-day basis. The underlying hardware and operating system is irrelevant to the end user, who will access the service via a web browser or app; it is often bought on a per-seat or per-user basis. 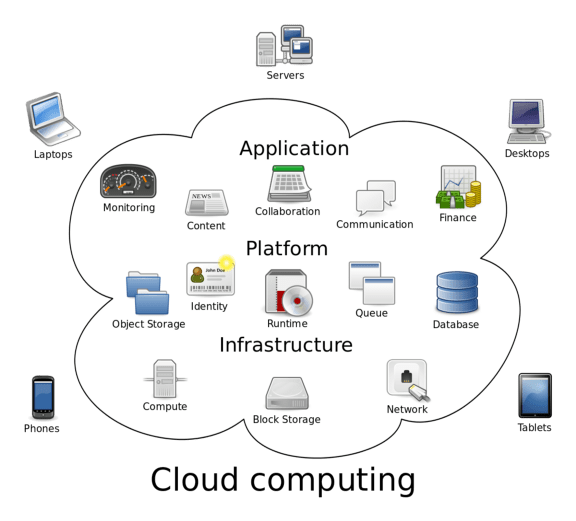 What is private cloud?

Private cloud allows organizations to benefit from the some of the advantages of public cloud — but without the concerns about relinquishing control over data and services, because it is tucked away behind the corporate firewall. Companies can control exactly where their data is being held and can build the infrastructure in a way they want — largely for IaaS or PaaS projects — to give developers access to a pool of computing power that scales on-demand without putting security at risk. However, that additional security comes at a cost, as few companies will have the scale of AWS, Microsoft or Google, which means they will not be able to create the same economies of scale. Still, for companies that require additional security, private cloud may be a useful stepping stone, helping them to understand cloud services or rebuild internal applications for the cloud, before shifting them into the public cloud.

What is hybrid cloud?

Hybrid cloud is perhaps where everyone is in reality: a bit of this, a bit of that. Some data in the public cloud, some projects in private cloud, multiple vendors and different levels of cloud usage. According to research by TechRepublic, the main reasons for choosing hybrid cloud include disaster recovery planning and the desire to avoid hardware costs when expanding their existing data center. 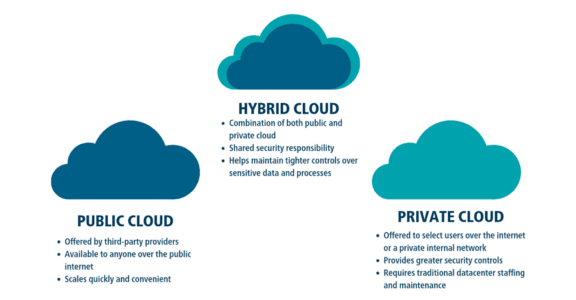 (Refer to this article for more Information.](https://www.zdnet.com/article/what-is-cloud-computing-everything-you-need-to-know-about-the-cloud/)

Gartner Forecasts Worldwide Public Cloud Revenue to Grow 6.3%
in 2020. It expects much larger growth in years to come.

I hope that this guide helps you in building your career with Cloud and getting Cloud Certified,
If you have any doubt or unable to understand any concept feel free to contact me on LinkedIn.
You can view my badges here.
I also am working on various AWS Services and Developing various Cloud , Big Data & Devops Projects.
If you are interested in learning AWS Services then follow me on github.
If you liked this content then do clap and share it . Thank You .

“Choose a job you love, and you will never have to work a day in your life.” — Confucius

What is latency? Let’s deep dive & understand possible ways to optimise it.